Hug-a-thug Dems don’t take some crimes seriously at all, including carjacking. Will the gruesome death of this grandmother give them a rethink?

Four teenage carjackers saw the opportunity to steal a car and took it. They paid little heed to the dying screams of the 73yo grandmother who was dragging behind them.

In New Orleans this past Monday, Linda Frickey became the victim of an unspeakable crime. The final moments of her life were defined by pain, terror, and humiliation because four teenage criminals saw her as an opportunity and not a person.

We will leave without further comment a photo of both the victim (on the left) and the suspects (on the right). 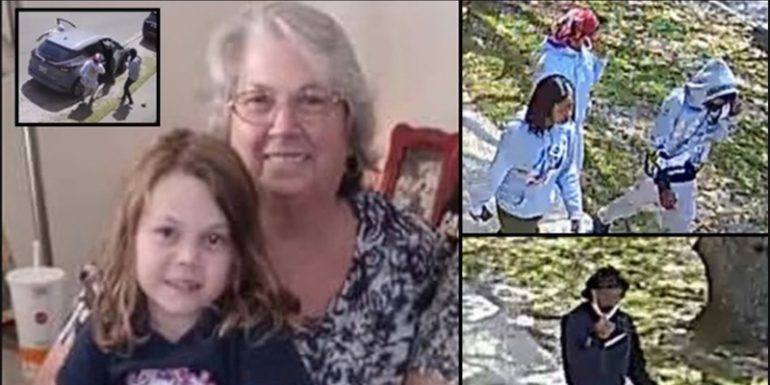 We somehow doubt that either Lebron James or Sean King will be taking up this case as an example of murder that ought to enrage us.

But it is a murder, and it should enrage us… because it shows how far we have gone down that road of viewing other people’s lives and humanity as meaningless, and how acceptable violence is becoming in some pockets of our society.

That should strike us as a serious red flag.

At about one-thirty Monday afternoon, Linda Frickey was in New Orleans and going from an unnamed place of business to her car.

The sequence of events is a little hazy but it seems that as she was putting something into the car, four teens hijacked the vehicle, threw her out of the car, and sped off. Unfortunately, Ms. Frickey’s arm was caught in a seatbelt and she was dragged, screaming in agony for more than a block as she was caught in the wheel well.

The grandmother’s arm could not handle the strain and was torn off.

Not only did she suffer the violence and terror of the attack, but she suffered the further indignity of her clothes coming off of her while she was dragged.

Witnesses described the scene this way:

The door had closed on the seatbelt, and she was stuck in it … I got out of my vehicle screaming, ‘Please stop!’ Other neighbors were also screaming,” he told Fox 8.

Another neighbor who had been walking in the area described the gruesome scene.

“She was screaming, and she was screaming to please let her go and then they slowed down and opened the door to kick her out,” Leanne Mascar told Fox 8.

“As soon as I saw her, I screamed. I just started running for her — I thought if I could somehow, I don’t know what I could do, but I thought if I could dislodge her from this car … when I looked down her body was already there, and her arm was … It’s just not something you expect to see,” she said. — NYPost

The vehicle was recovered 13 blocks away, but there is, as yet, no report of the four teens being apprehended.

They ‘slowed down, opened the door to kick her out.’ How dead inside do you have to be to think this is in any sense justifiable?