Democrats love to celebrate when death or injury takes one of their opponents out of the game.

Surely you remember the chortling when one of the Koch brothers died? And how that compared to our side’s reaction to one of the several health scares Ruth Bader Ginsberg faced long before she faced her final crisis? One of our contributors wrote a very compelling piece comparing the two reactions: Respect: The Difference Between Conservatives and Liberals

Now that news of Clarence Thomas being hospitalized has gone public, Democrats have continued to be their usual ‘classy’ selves. 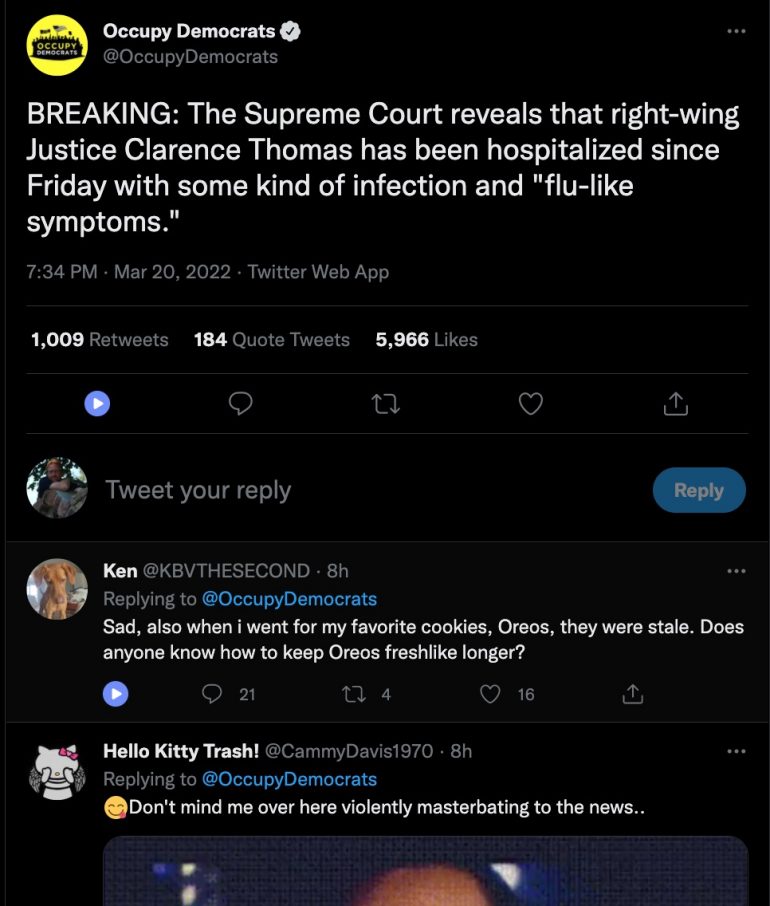 But the news isn’t quite what they thought it was.

Clarence Thomas was admitted to the hospital two nights ago with flu-like symptoms, the court said in a press release. He expects to be released "in a day or two." pic.twitter.com/kKeES7nHw2

Here’s a closer look at the text: 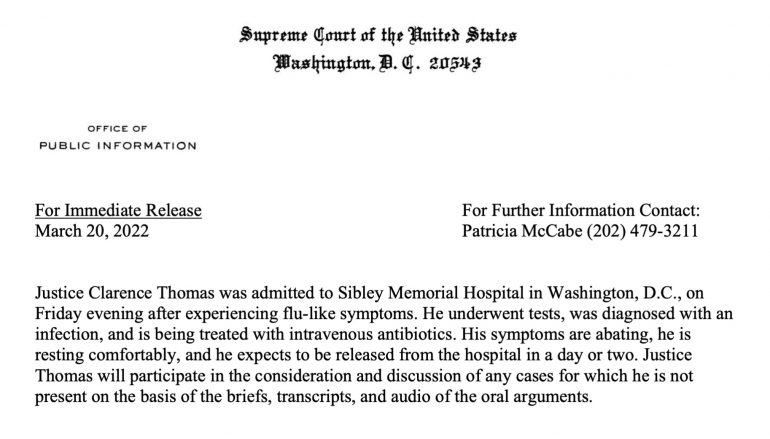 He’s resting comfortably. He’s expecting to be released in a day or two. And he’s going to catch up on any arguments he missed by either listening to them or reading the transcripts.

They were looking to derive joy from misfortune of others, but that celebration is a hollow one for two reasons.

One: they don’t get the political advantage they so desperately crave, from his hospitalization. (He got better.)

Two: they are exposed to the world as the sad, shallow, vindictive people that some of us already knew they were.