The funniest moments in life often aren’t deliberate jokes at all. Sometimes the serendipitous moments of fortune can combine in ways that leave you busting a gut.

This unintentionally funny clip at Joe Biden’s expense is one of those moments.

There was nothing particularly funny about a local crime story being reported on by the news show featured in this clip.

Nor was there anything particularly funny about the photo of Joe Biden that had been readied for a story about the SOTU speech coming up later that evening.

It was only when the two stories inadvertently overlapped because of an obvious miscue on the production side that the hilarity ensued. Even then, it only became funny in this case because of Joe’s own well-known weird habit of getting uncomfortably close to young girls.

And… cue the clip. (Sound on, obviously.)

This is one of the greatest live TV moments of all time pic.twitter.com/il4Nx9O6LP

Biden’s photo came up at the worst possible moment in the broadcast. It was quickly taken down again.

You can almost imagine the looks of frozen horror when they realized what kind of a mistake they had set up. Well, that’s assuming it wasn’t a deliberate prank dressed up as an honest mistake.

In their panicked hurry to pull Biden’s face off the screen they jumped to her co-host just long enough to see how completely shell-shocked he looks. 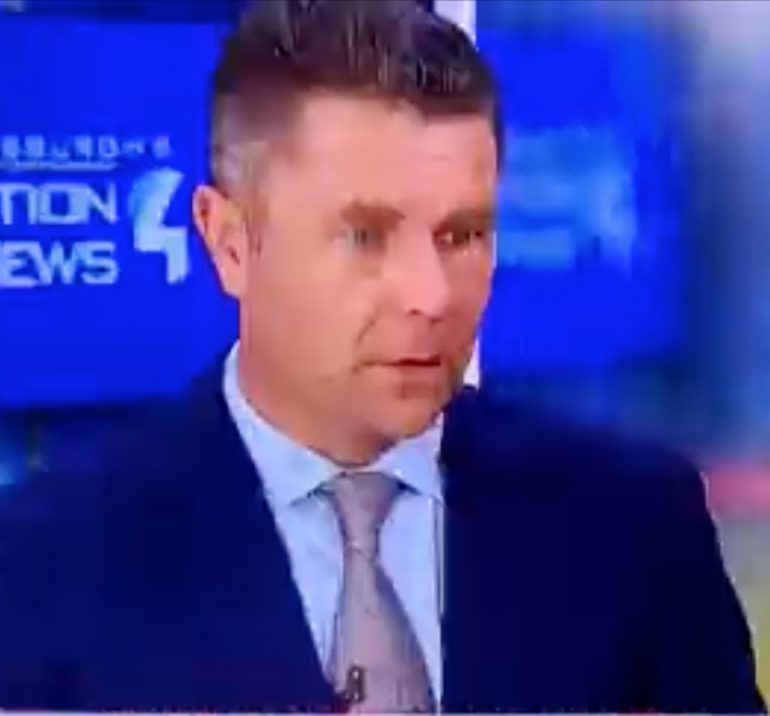 Honest mistake, or elaborate prank? Either way, enjoy the laugh. We don’t get nearly as many of them as we might wish we had.

And when the laughs come at LGB’s expense? Well, so much the better.