We’ve all known that one guy (or girl) who tries to pretend they’re not sabotaging someone when it’s obvious that they are.

It’s often framed something like this. ‘I don’t want to say so-and-so is [negative trait x] but… ‘

Read this post by Bezos and ask yourself if that’s not exactly what we’re looking at in his tweet.

Take special note of the lag of several hours between when JB throws the accusation out there and lets it fester … before eventually reeling it back in with what looks like some kind of a half-assed attempt at blunting the force of his original statement.

My own answer to this question is probably not. The more likely outcome in this regard is complexity in China for Tesla, rather than censorship at Twitter.

And for complete context, because we’re not lying scumbags, here’s the follow-up from the latter tweet.

Raising the topic of Chinese leverage over American businesses may not have been the smartest play for someone in Jeff Bezos’ particular set of circumstances.

What happened between Jeff’s first tweet and the follow-up ones?
Simple: he got torched.

But the most brutal ones were all centered on a single, specific idea: 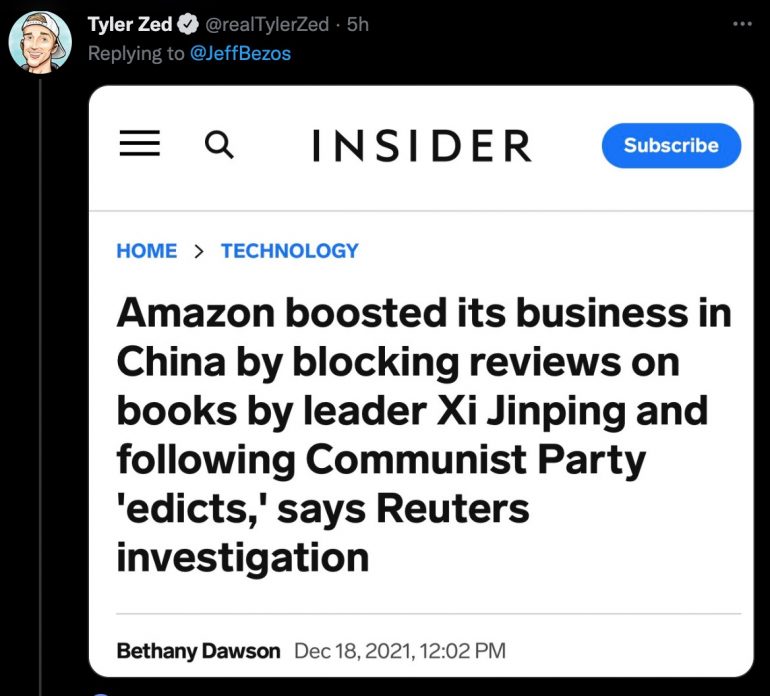 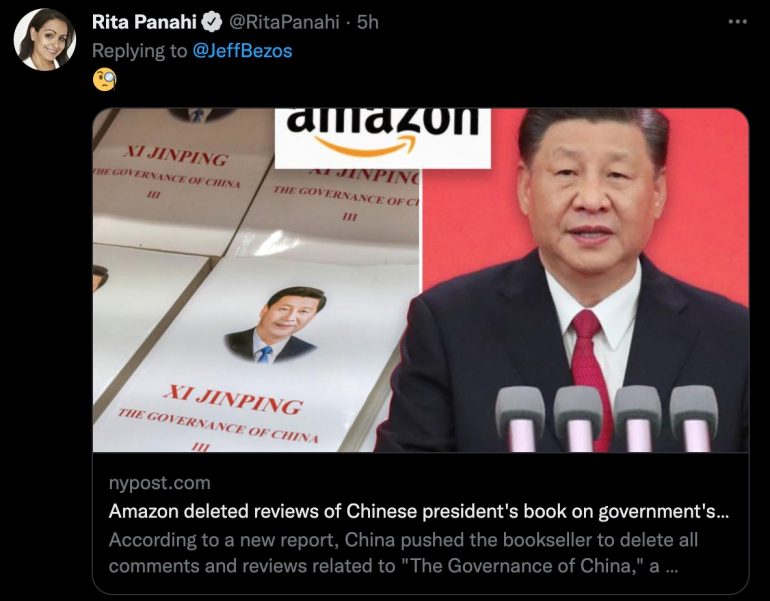 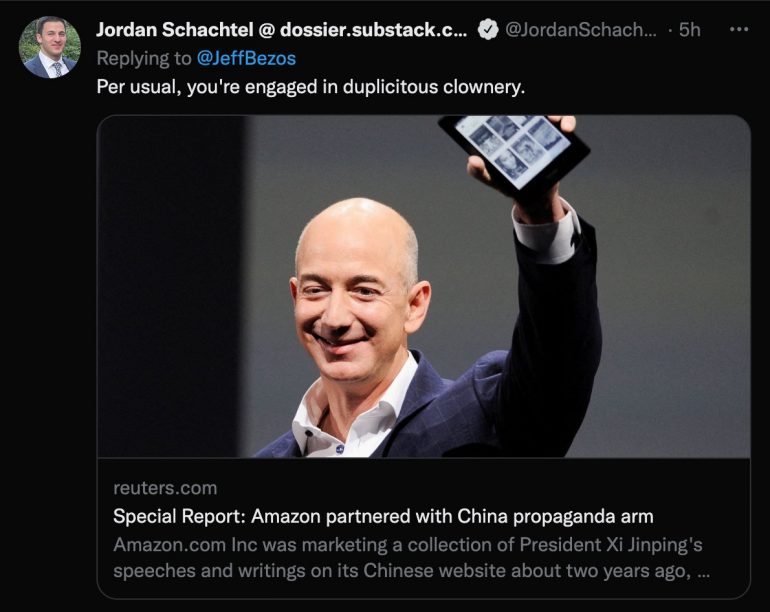 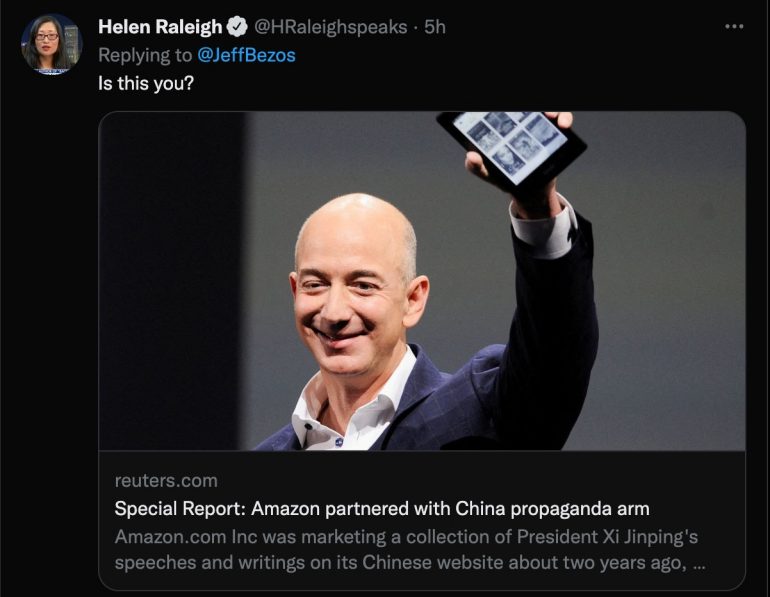 As for the question raised about WaPo and Chinese Propaganda? Lest you think it’s a one-off, here’s a websearch of those terms brings up some interesting hits over a very long timeline:

TownHall, July 2020: Yeah, That’s Why WaPo Ran a Chinese Propaganda Piece About Wuhan Native Who Got COVID in Florida

I’m pretty sure WaPo hasn’t bothered to return the Pulitzer they got for running the hell out of that bogus Russian Collusion story, either.

When they said ‘democracy dies in darkness’, they failed to specify that they would be responsible for providing the shade.