The left celebrated when Trump’s online presence went dark. ‘Make your own social media company’, was their taunt.

He rose to that taunt, and ‘despite the negative press’ trying to dismiss Truth Social as a flop, the rollout is doing better than his haters had ever expected.

Well enough that even Elon Musk — who, as you may know, went the opposite route and simply BOUGHT his own social media company when he didn’t like the way political speech was being suppressed in the digital public square — mentioned their success in a tweet:

The rollout has begun with Apple and will move to Android once that waiting list is successfully cleared out.

Now that they’ve worked out a deal with Rumble that can handle the bandwidth they’ll need without being beholden to the capricious whims of Jeff Bezos and cancel culture (a lesson learned through watching Parler’s bitter experience in 2021) Trump has made his dramatic social media return.

And he invoked an old favorite tweet to do it! 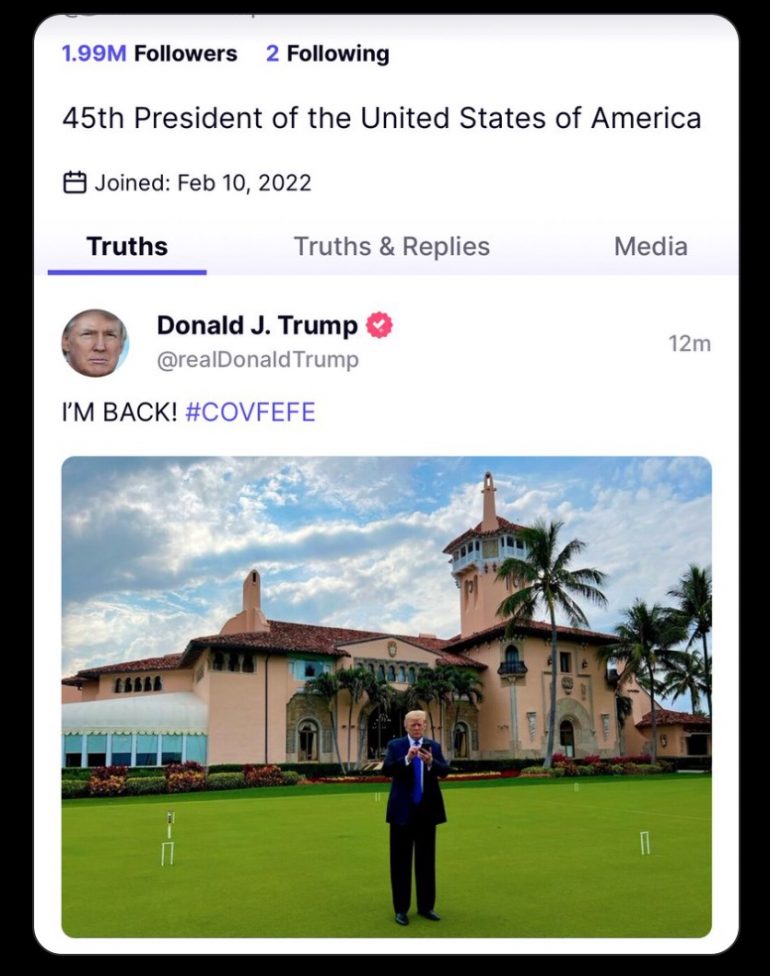 With Elon taking the muzzle off of Twitter, and Trump having a way to speak directly to the public again, we have a feeling politics is about to get a lot more colorful again.

One might almost say that they are making social media great again!

The ‘losers and haters’ told him it couldn’t be done. They were wrong.

Much of the Left loathes masculinity and they love to paint Jesus as a non-offensive bearded woman who endorses their agenda. This book blows that nonsense all to hell. From the stonking laptop of bestselling author, Doug Giles, comes a new book that focuses on Jesus’ overt masculine traits like no other books have heretofore. It’s informative, bold, hilarious, and scary. Giles has concluded, after many years of scouring the scripture that,

*NEW* BREAKING: Biden ADMITS He Raised The Gas Prices ON PURPOSE So He Can Do This [VIDEO]
America's Freedom Fighters