Biden likes to boast about those 81 million votes… about how he got way more votes than anyone, ever. That includes Obama.

That’s hard to square with how Biden was hung out to dry by his own White House when Obama came back to visit.

All eyes were on Obama, and nobody — not even Obama — was paying any attention to the old man who’s supposedly running the country.

Joe was left standing around awkwardly. He looks like the guy who wasn’t told about the dress code at a party and is nervously standing around by himself hoping nobody notices his mistake.

You haven’t seen a world leader so embarrassingly ignored since, well, Justin Trudeau.

Even in the middle of a crowd, Joe is entirely alone and out of place. Here are two clips:

Kamala’s included in Obama’s circle. But even they have both turned their backs on Joe, leaving him to falter, uncertainly, looking for somewhere to fit in. 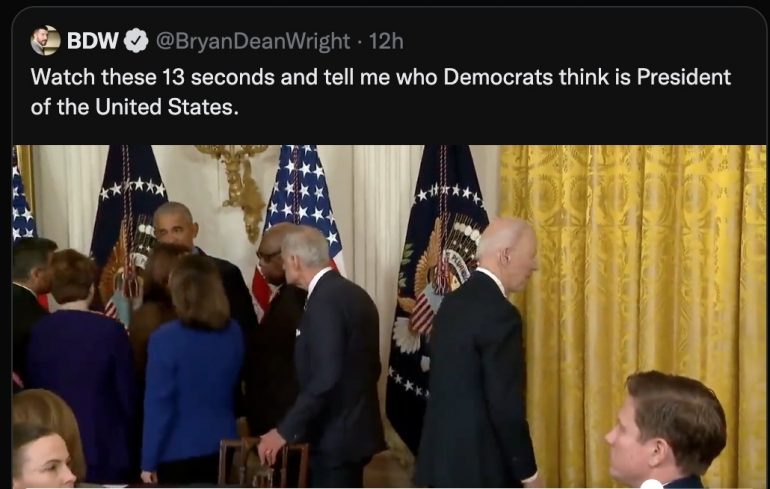 Those clips were bad enough without them being set to music… which of course they were:

It was both hilarious and devastating.

For those who’ve seen the clip, this video had the same energy:

You almost feel bad for the guy.