News broke last week that Mayor Lightfoot has a personal security detail with some staggering numbers.

According to city records obtained by Chicago Sun-Times, Unit 544, also referred to as the Government Security Detail, began with a small number of policemen but has grown to 65 officers, five sergeants and a lieutenant.

In addition to dozens of officers from Unit 544, Lightfoot also has a separate group of bodyguards, made up of 20 more officers. — American Military News

That special security unit was established in 2020, at the same time the mayor was ordering police budget cuts of some $80 Million.

This is exactly the sort of story the right points to when we call BS on leftist elites’ calls to ‘defund the police’ while insisting on police protection of their own. The ‘Squad’ is happy to do the same thing, because they are that ‘special’ class of people who deserves protecting.

But the single mom in the low-income housing? Dems are happy to cut THEIR police protection.

Obama famously crowed that ‘elections have consequences’. This is a statement of fact.

But not all consequences are desirable.

Here’s an update as to how bad it’s getting in Lightfoot’s blue city dystopia as she lectures audiences on how the ‘real’ problem is that youth aren’t feeling loved enough and said the city cannot ‘arrest ourselves out of public safety problems’. 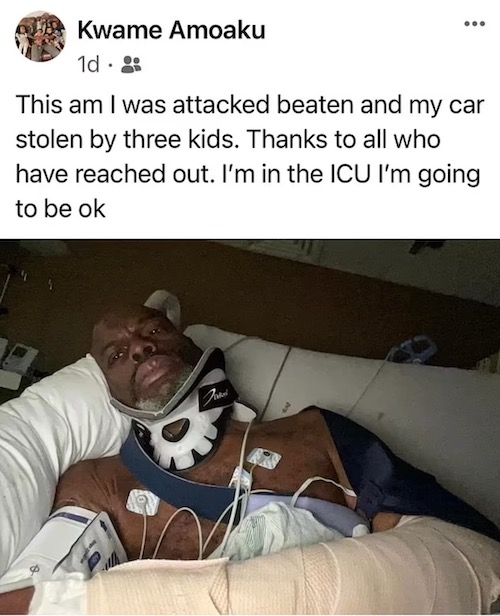 The head of Chicago’s Film Office was rushed to intensive care after being beaten by three car thieves described as children – as the very mayor who appointed him claimed carjackers only struck because they feel unloved.

Kwame Amoaku, 51, was attacked twice by three people just before 8am Wednesday morning outside his home in the centre of Chicago, near the National Museum of Mexican Art.

Chicago police reported that Amoaku saw three young men inside his car as he walked toward it at 7:46am, on the 2100 block of West 22nd Place.

He confronted the intruders, who then attacked him and fled in a gray Dodge Caravan that was waiting nearby.

Moments later, they returned to the scene, beating Amoaku a second time and robbing him, before driving off in his car.

‘This AM I was attacked, beaten, and my car stolen by three kids,’ he wrote on Facebook.

‘Thanks to all who have reached out. I’m in the ICU, I’m going to be OK.’ —DailyMail

Amoaku deserved better than this. He deserved safe streets. And so do his children. 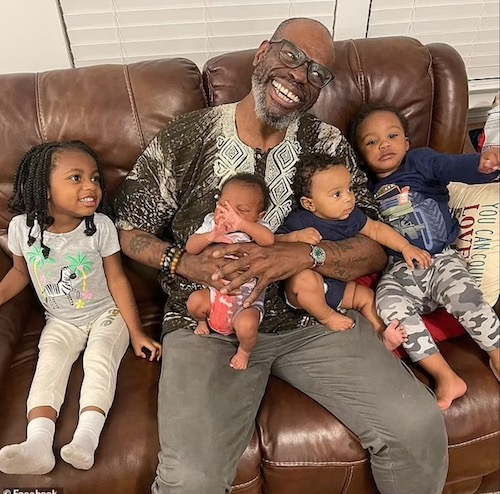 And the mayor’s saying he wouldn’t be in the hospital if somebody had given them a hug? Seems a little simplistic. The people doing this have bought into a whole worldview anchored in something other than traditional morality.

Maybe the people attacking the foundations and instruction of traditional morality should have given some thought to what they would replace it with before they got so committed to erasing it.

But they didn’t, and it’s becoming an ‘every man for himself’ society.