Even Hunter Biden ranted about the Clintons and their close staffers.

Fox News reported on Tuesday that additional visits in 2016 bring that total up to 27.

The investigation into Hunter Biden’s taxes and business dealings has turned up some emails highly critical of Bill and Hillary Clinton and some of their closest advisors. Hunter pulled no punches.

In the April 8, 2016, exchange obtained by Fox News Digital, Schwerin shared a video clip of Clinton in an email thread with Hunter Biden and Mackler, who was deputy counsel to Vice President Joe Biden at the time. The clip showed the former president clashing with Black Lives Matter protesters during a 2016 Hillary Clinton campaign event in Philadelphia, in which he said the tougher sentencing provisions in the 1994 crime bill, dubbed the Clinton Crime Bill, were pushed by then-Sen. Joe Biden…

…The day after Bill Clinton appeared to blame Joe Biden for the tougher sentencing provisions in the 1994 crime bill, Schwerin sent the clip to Hunter Biden and Mackler.

“What an a**hole,” responded Hunter Biden. “And God he looks like sh*t.”

Schwerin wrote, “But it is still called the Clinton Crime Bill.”

“Oddly enough, after unnecessarily throwing [Joe Biden] under the bus he gave a damn forceful pro-minority defense of the crime bill,” replied Mackler. 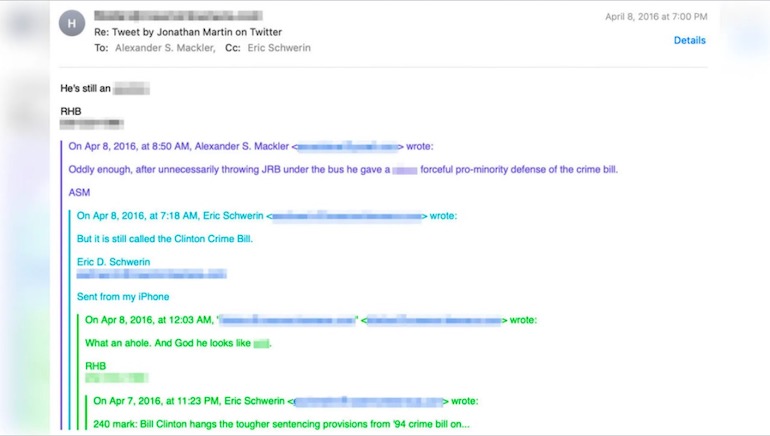 Here is what Hunter Biden, Schwerin, and Mackler were reacting to.

Watch as Bill Clinton throws Joe Biden under the bus on the 1994 Crime Bill, which may have been the single best piece of legislation passed in his two terms as President.

Of course, Democrats have to run from being tough on crime in order to appeal to the vocal “abolish/defund the police” activists that they’ve attracted.

In another email exchange from March 2015, Hunter blasted Hillary’s close aide Huma Abedin and Bill’s close advisor and confidant, Doug Band, for double-dipping by pulling in salaries in both the public and private sector. Huma Abedin was Hillary’s top aide as she was Secretary of State, and in Band’s case, he was also working for a PR “influencer” company that he founded called Teneo. Both were paid for their work at the Clinton Foundation/Clinton Global Initiative.

Mackler joked in the email asking Hunter and Schwerin if he could be kept on retainer at Rosemont “to do nothing.”

“Are you f*cking kidding me. How greedy can you possibly be?” wrote Hunter. He then rattled off how Doug Band was paid by the government as well as Teneo and the Clinton Foundation. 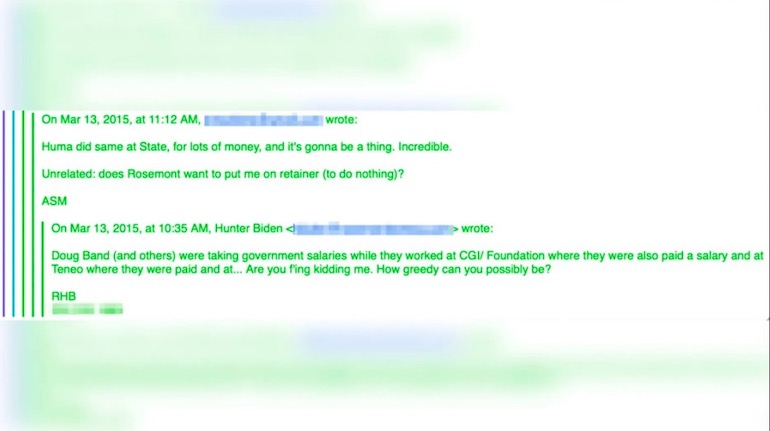 Mackler(?) wrote, “Perhaps I’m too cynical but I wouldn’t call it petty. Greedy.” 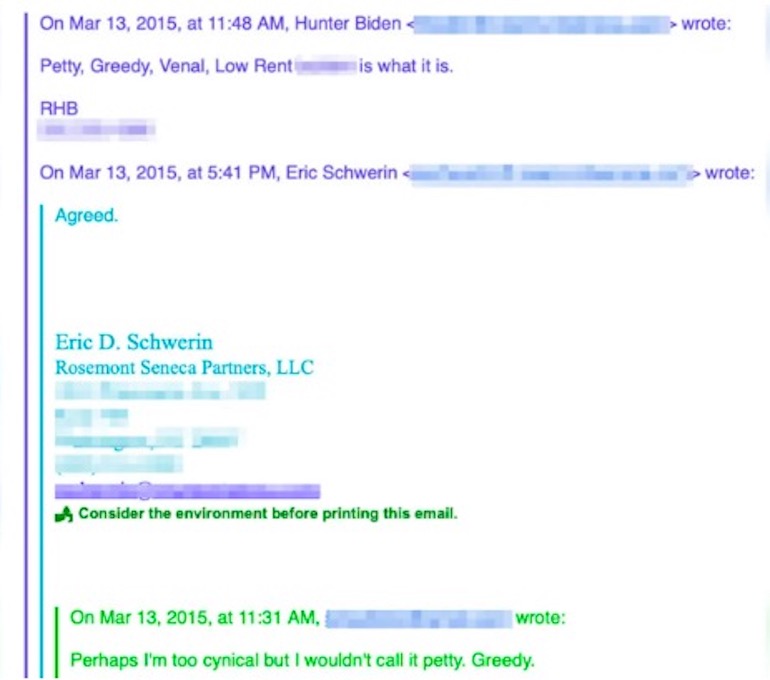 In a third exchange, in October 2015 the trio expressed their outrage at the salary double-dipping by Clinton aides.

This time, Schwerin emailed a link to a WaPo story about Cheryl Mills who was working for a foreign government while working as Hillary’s Chief of Staff at the State Department.

As an aside, Mills is the one who helped Hillary “sort” her email and somehow got immunity from the FBI.

“For f*ck’s sake. This is incredible. It never ends,” Mackler replied to the WaPo link.

“Truly absurd,” wrote Hunter. “If this is acceptable then would it also have been acceptable for Ron Klain to remain general counsel of Revolution while acting as COS for the VP?” he asked.

“The development costs alone- funded by the government investment company – were over a billion dollars,” wrote Hunter. 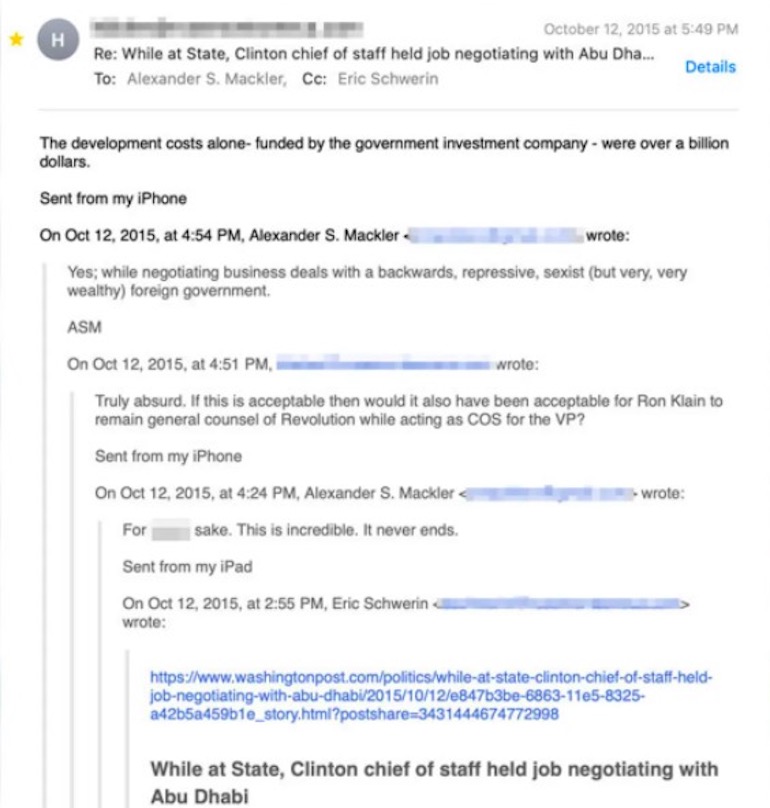 How bad is the greed and corruption to have Hunter Biden complaining about it?

But the BlueAnons on social media will insist that Hillary lost in 2016 because she’s a woman, or Russians buying $100k in Facebook ads, or women being bullied to vote for Trump by their husbands, or a million other made-up reasons. It had nothing to do with her being an awful human being with terrible policies who ran a corrupt influence-peddling machine that was staffed by a team whose first concern was lining their pockets with public and private money to hell with conflicts of interest. That had nothing to do with it according to the Hillary True Believers.

No, it’s because she was unlikeable and corrupt.

Even Hunter Biden could see it.