The job of these “diversity” extremists appears to be finding racism even when it isn’t there… and then doubling down.

A couple of “woke” diversity advocates have made asses of themselves by accusing the Scottsdale Unified School District’s Hopi Elementary PTA of racism by hiring a D.J. who the pair accused of wearing blackface after seeing a photo from the event. The D.J. that participated in Hopi’s charity event was Koko Kim Hunter — a black man.

Stuart Rhoden and Jill Lassen are both advocates for “Diversity, Equity, and Inclusion” (DEI) — which really should be abbreviated “DIE” since it kills what it touches — in education in the Scottsdale Unified School District.

Lassen is a librarian who serves as a co-chair for the Scottsdale Parent Council (SPC) DEI Committee. She is known for her vitriolic and abusive behavior against other parents whom she calls “super-rich White Karens.”

Rhoden is an instructor at Arizona State University’s University College and a member of Scottsdale Unified’s Equity and Inclusion Committee and the Scottsdale Human Relations Commission which advises the mayor and city counselors on how to “promote all dimensions of diversity.” However, critics say that the committee does not promote diversity of thought among the other aspects of diversity that it champions.

Here is the photo below. It’s pretty clear who Koko Hunter is in the photo, but in case any other diversity “expert” is reading this, he’s the guy in the gold shirt. 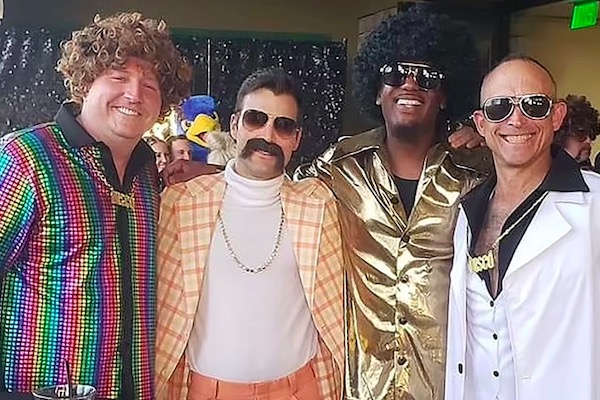 When Rhodes realized his error, his response was not surprising — he doubled down and accused Hunter of *checks notes* blacker face…?

“Let me be clear, a Black man, apparently in Black face is an entirely different discussion than a White person. However, I did not state that the person was White. It was assumed that was my intent, and perhaps it was, but nonetheless, looking on his FB page (photos below), it seems at the very least he is in darker make-up if not “Black face” or I am completely mistaken and it’s the lighting of the patio.”

[As this non-white writer can attest, lighting does indeed make a difference with skin color, which you’d think that a black man like Rhodes would know.] 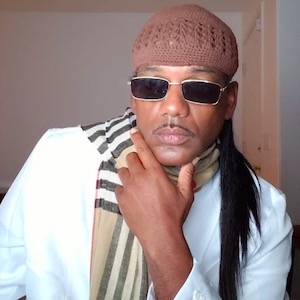 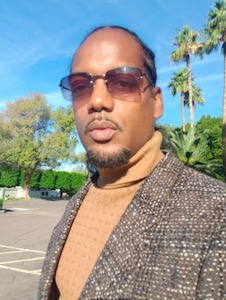 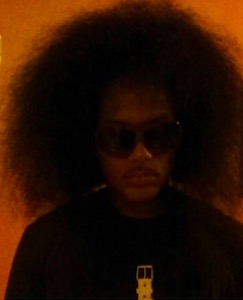 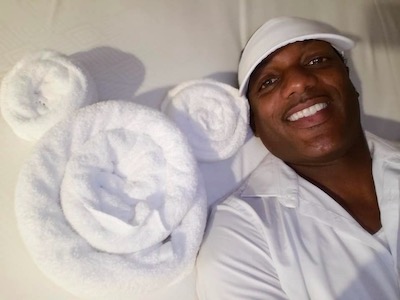 Oh Stuey, don’t let the embarrassment stop you. Please, stick to your accusation of a black, small business owner, of BLACKFACE ? It’s too hilarious to make up LOL https://t.co/zJ0eM94Xhn

As for Koko Hunter, well, he thinks it’s pretty funny.

“Was I not black enough? How black do I got to be for people to know that I’m an actual black person?” asked Hunter.

He’d also like to know not just how but why this happened.

Here he is on a conservative radio show talking about the ridiculous incident.

While this incident is kind of hilarious and exposes the ridiculousness of leftism and that once again the demand for racism outstrips the supply, let’s not forget the real issue here — the DIE mission to seek and destroy both people and institutions by looking for racism under every rock.

While Koko has put the episode behind him, his supporters and parents in the District are not. They say he is just one more victim of the stalk and destroy crew that supports Superintendent Scott Menzel’s parent-unfriendly administration.

“When these community activists were informed that their accusations were wrong, they didn’t apologize, they doubled-down,” said Scottsdale Unified School District parents and public school activist, Amanda Wray. “Stuart Rhoden dismissively referring to Kim Koko Hunter as “dude” said “looking on his FB page (photos below), it seems at the very least he is in darker make-up if not “Black face…”

“The SPC is so intent on finding racism they will go so far as to accuse a member of one of the communities they claim to advocate for of reprehensible behavior. SPC invoices every Scottsdale Unified School District PTO/PTA/APT for dues each year and then uses those funds to attack community members,” said Wray…

…“This hateful nonsense has to stop. This organization needs to be defunded by every Scottsdale PTA/PTO/APT.” Wray concluded, “If you are an SUSD parent, I encourage you to contact your parent organization and ask that they stop funding this hate group.”
Source: Arizona Daily Independent

We’d be much better off if these Diversity, Inclusion, and Equity committees are disbanded because they’re not doing much to actually fulfill their missions — they’re just ginning up outrage and it’s often misdirected.