Nina Jankowicz clearly craves attention — so let’s give it to her.

The new head of the DHS “Disinformation” board has praised the Steele Dossier, called Hunter Biden’s Laptop From Hell a “Trump campaign product” as well as “Russian information” and suggested that Trump supporters were going to go armed to polling stations in November 2020.

ClashDaily covered some of that here when citing Sen. Josh Hawley’s tweets:

But there’s just so much more to Nina Jankowoicz than that.

You may have seen the profile of Biden’s new weird Disinformation Czar on Tucker Carlson Tonight on Thursday, but if you didn’t, here’s what you missed.

Her Mary Poppins routine is being mocked online by conservatives.

Other videos of Nina Jankowicz singing started popping up and… well, I’m sorry on behalf of theatre kids.

Karaoke night at the Ministry of Truth. pic.twitter.com/03lat44MhN

But those weren’t the only videos to pop up.

Her “expertise” on disinformation was also put on display for all to see.

Nina Jankowicz speaks like an annoying email and apparently wants to invest in a dichotomy. Which is strange. pic.twitter.com/qOJGcFkBMP

Back in 2018, she said that she didn’t want the Executive Branch of government to determine what is true and false… but that’s because the Bad Orange Man was President and it wasn’t yet the Shambling Husk of Mediocrity who represents her team.

May, 2020. Nina Jankowicz was horrified at the idea of the Executive Branch (Trump) having any say in what is true or false.

She uses Poland’s “Ministry of Digitalization” as an example of “anti-democratic online governance”.

She also admits to being funded by Facebook. pic.twitter.com/5XoptnuMpJ

Back in 2017, Jankowicz wrote in a New York Times op-ed that said that she didn’t want the U.S. government to censor news outlets like RT nor did she want the government to create its own version of RT.

She also has some pretty interesting takes on color revolutions. Particularly interesting considering she was singing the praises of the Steele Dossier which was Hillary’s oppo research in 2016.

“Believe it or not, sometimes people get fed up with having their voices silenced for decades,” DHA’s Ministry of Truth says in a video where she endorsed violent revolutions as a response to rigged elections.

That doesn’t age well now that both Russian propaganda outfits RT and Sputnik have been banned in the U.S. because of Putin’s invasion of Ukraine.

Besides, Democrats are calling for censorship everywhere. Jankowicz should know that since she got the job after Elon Musk bought Twitter and committed to bringing it back to its roots as the “free speech platform” which has rattled the left so badly.

In general, I don’t think that the embarrassing things that someone did when they were teens should be used against them, but this is just too delicious.

Back when she was 18, Jankowicz was in a Harry Potter-themed band called “The Moaning Myrtles” and produced two albums that are available on Spotify. 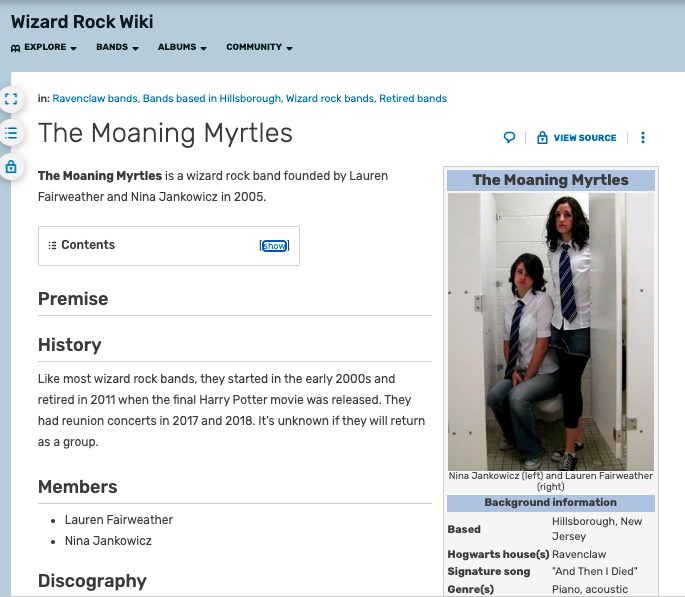 She went from singing about Voldemort to overthrowing real life Voldemorts like Trump and Lukashenko. pic.twitter.com/x0XofKCNHd

And then there’s whatever the hell this is that looks to be at about the same time in her life.

The fact that the White House made up a disinformation czar is just as nuts as this video.

This is Nina Jankowicz, the executive director of the Disinformation Governance Board singing. ?

Yep, this is what our tax dollars are going towards. pic.twitter.com/xuUI2Ow5wY

But that’s all is irrelevant — creepy, weird, and cringe-inducing but irrelevant.

The adults are back in charge. pic.twitter.com/HlShIo9J41

What is relevant is how this woman believes is the appropriate way to treat other people online.

Independent journalist Peter Pischke pointed out a recent article in Wired by Jankowicz that is an adaptation from her book, “How to Be a Woman Online: Surviving Abuse and Harassment, and How to Fight Back”

After reading her article, either Jankowicz really dislikes social media or she’s a pretty awful person.

Look how she disparages fans (who happen to be male) that dare engage w/ her in any way#dhs #disinformation @ggreenwald @JackPosobiec pic.twitter.com/SJfebuh4p4

This is someone that holds deep anger & disdain for others & uses her politics to justify it,

Maybe she is a nice person in her personal life, i have no idea, but this article, which is an excerpt from her book, treats her fellows humans abominably pic.twitter.com/taunIuz848

You know when people online talk about “toxic white women”? They mean people like Nina Jankowicz.

Let’s put it in terms that she could understand… the wizarding world of Harry Potter.

By taking this job as Disinformation Czar, she is the same as the unassuming, pink-wearing witch with a serious mean streak that secretly worked for Voldemort. 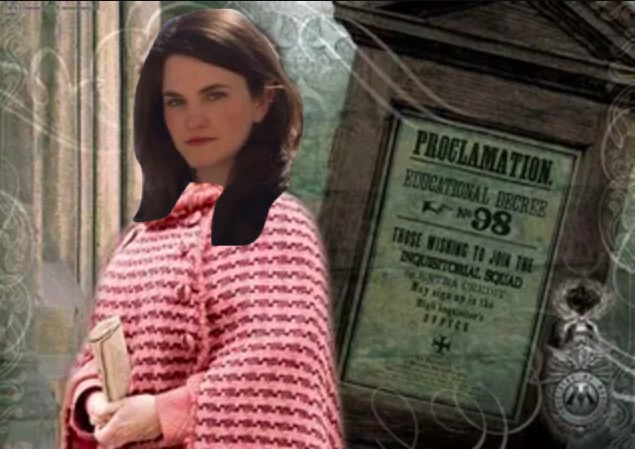 Congratulations… you’re just like the villain that made peoples’ skin crawl.

For everyone else — there are much better role models out there.