A recently discovered video of a mask advocate shows that she had a very different view of masks before the COVID-19 pandemic.

Laurie Garrett is a science journalist and public health “expert” who wrote a book on infectious diseases called, “The Coming Plague: Newly Emerging Diseases in a World Out of Balance.”

Laurie Garrett wrote her first bestselling book, THE COMING PLAGUE: Newly Emerging Diseases in a World Out of Balance, while splitting her time between the Harvard School of Public Health and the New York newspaper, Newsday. In the 1992-93 academic years Garrett was a Fellow at Harvard, where she worked closely with the emerging diseases group, a collection of faculty concerned about the surge in epidemics of previously unknown or rare viruses and bacteria. The book was published in hardcopy by Farrar, Straus, and Giroux in 1994, and spent 19 weeks on the New York Times bestseller list. Released in paperback in 1995 by Viking Penguin, THE COMING PLAGUE remains in print and continues to sell vigorously. The book was released in e-book form in May 2011.

Oh, and here’s something interesting:

Garrett is a Member of the World Economic Forum Global Health Security Advisory Board. She is also a member of the Council on Foreign Relations, and the National Association for Science Writers.
(Emphasis Added)

Garrett has been a frequent guest on MSNBC since 2020. She was on the cable news channel almost as often as “The Science” himself, Dr. Anthony Fauci.

But Laurie Garrett seems to have completely flipped on the efficacy of masks in preventing the spread of airborne respiratory viruses.

6/
– Think of masks as your #vaccine-like barrier, blocking #Omicron & keeping you from passing it to others, espec loved ones?
– This Holiday Season? toss individualism in the trash?️
– Give thought to all around you, friends & strangers
– Laugh? sing? BUT thru your mask? pic.twitter.com/eEXshh6Vmx

Wonderful explanation of the real rationale for masking here from @Laurie_Garrett to the National Academy of Medicine in 2018.

GARRETT: There’s only a couple of countries that have ever really done large-scale studies to try and figure out what might work. Japan, it may not surprise you, is one of them. And they — in one of their large studies — they basically showed that the masks, it seemed like the major efficacy of a mask, is that it causes alarm in the other person. And so you stay away from each other. And that’s what I think happened with SARS. When I was in the SARS epidemic, I saw everywhere, all over Asia, people started wearing these masks. And it is alarming when you walk down the street and everybody coming towards you has a mask on. You definitely do social distancing. You definitely, it’s just a gut thing, but did the mask really help them? Did the mask keep the virus out? Almost certainly not, if they — if the virus was in there around their face, the mask would not have made the difference. 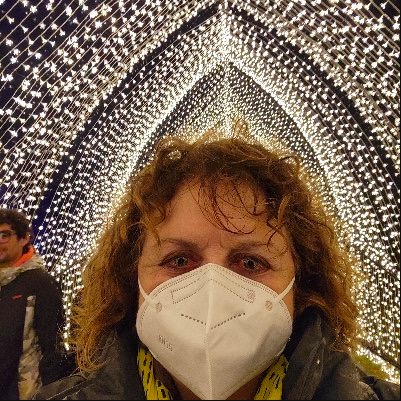 The clip comes from Garrett’s keynote address for the National Academy of Research entitled “From the 1918 Influenza Pandemic to 2009 H1N1 Pandemic to Now: Is the World Ready to Respond to the Next Outbreak?” In her address, she explained the horrors of these previous pandemics which included quarantines, mask-wearing, and school shutdowns– aspects mirrored in the Covid pandemic. She also pointed out how those pandemics were dealt with and the future of pandemics.

Her comment in the clip answered a question about protecting against viruses, like the 2009 influenza, that are “very efficient at human to human transition.” She used the SARS epidemic as an example, saying, “Did the masks really help them? Did the masks keep the virus out? Almost certainly not.”
Source: The Federalist

Here is Laurie Garrett’s entire 2018 Keynote Address at the National Academy of Research event cued up to the question that she was answering.

Garrett became a regular guest on MSNBC where she has been pushing for masking up despite her prior position on masks.

Back in 2020, she said that because people didn’t wear masks outdoors at the Rose Garden event with Amy Coney Barrett, it became a “superspreader event.”

Here she is in late 2020 telling MSNBC’s Laurence “Stop The Hammering” O’Donnell that even after getting the double jabs, they should still wear masks.

In the fall of 2021 when Delta was going around, she was all for masking as a way of preventing the spread. She even takes a jab at DeSantis for removing mask mandates in Florida.

It isn’t just her awful position on masks that are harmful — she was all for keeping schools closed. Eight months ago, Garrett apparently thought that it was dangerous to reopen schools.

The harms that children will continue to go through for years because of school closures, and she was advocating for more of them. Shameful.

Interestingly, Garrett gave a TEDTalk in 2009 and spoke about masks then, too. It was consistent with what she said in 2018.

She had this view of masks for years and it suddenly changed somewhere around 2020.

What could have possibly changed?

Garrett has responded to the tweet by Phil Kerpen defending the dramatic about-face she’s made on masks.

This was in 2018, before #COVID19 & I was speaking in the context of #flu & #SARS — neither of which is as devastating in airborne transmission as COVID. And, I wasn't thinking of N95 masks, but of the loser surgical ones used by the public then. Still, ?= social distancing. https://t.co/OKd0Is7KIb

A couple of times.

BUT, please note I was giving at speech at the Natl Acad of Scis on the 100th anniversary of the Great Influenza & in Q&A session was asked about masks. My comments referred to funky masks used in 1918 & in #SARS 2003 in China. #COVID19 is more contagious — use N95s. https://t.co/OKd0Is7cSD

And to Sen. Rand Paul (R-KY) who retweeted Phil Kerpen.

Senator, this clip was pulled from remarks I made at the Natl Acad of Sci in 2018, commemorating the 100th anniversary of the Great Influenza. My ? comments referred to those worn 100+ years ago & to those distributed to citizens in China in 2003. #COVID19 requires N95 mask use. https://t.co/a3xc8VZjAK

This answer is disingenuous. She is still advocating for masks and it wasn’t until recently that she’s even bothered to differentiate between fitted N95 respirators and the useless cloth masks (ie. the modern version of “funky masks” from 1918) and those blue and white surgical things that most people have been wearing for the past two years.

She even posted this video of a guy wearing a cloth mask urging people to wear masks last December when Omicron hit North America.

One way or another you will be exposed to the #OmicronVariant before the end of this month.
So wear your mask. pic.twitter.com/5vSInctGNO

So for the majority of her career, Laurie Garrett believed that masks didn’t really work but suddenly they’re very effective?

Laurie Garrett seems to be one of the top fear-peddlers on MSNBC — and that’s really saying something.