Any good man would do everything in his power to defend his children and grandchildren from any threat. Joe Biden will not defend his own grandchild. Ergo, Joe is not a good man.

So much for that ‘Soul of the Nation’ and President of All Americans schtick. He won’t even step up as the grandfather of all of his children.

It’s not the little girl’s fault that Grampa POTUS raised a corrupt, drug-addled scumbag that sees women as little more than a nameless opportunity on which to unleash his own perverse impulses.

Just because Joe raised a kid who didn’t mind knocking up someone doesn’t make the kid that came out of those encounters any less his own flesh-and-blood. We even have the paternity tests to prove it.

Now the woman Hunter abandoned and had tried to stiff out of child support, has moved on with her life. The little girl, Navy Joan, is getting older. She’s now three years old and adorable. 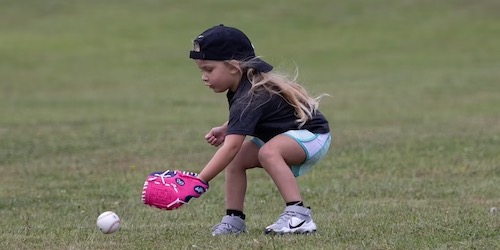 Mom is 31 now and has met someone new. But it hasn’t worked out very well, as the restraining orders can attest.

Lunden Roberts, 31, claims her cage fighter ex-fiancé Princeton Foster bombarded her with threats and made frightening comments about three-year-old Navy Joan, the daughter she shares with the First Son.

The single mom called cops last month alleging that Foster, 27, punched a dent in her car and slashed the wires to her security cameras after turning up at her Arkansas home in the middle of the night.

She also filed for a protection order, claiming the amateur fighter told her he was ‘going to heaven’ with Navy Joan, referring to the angelic, blond-haired youngster as his daughter despite having no biological link to her.

DailyMail.com understands that President Biden has been ‘made aware’ of Roberts’ ordeal and the alleged threat to his granddaughter – who bears a striking resemblance to a young Hunter.

But so far the world’s most powerful man has declined to intervene or even reach out to see if the little girl is OK, according to a close friend of Roberts, who put on a brave face Thursday as she and Navy Joan were spotted playing tee ball in their local park. —DailyMail

So Joe Biden can act all verclempt at the tragedies that befall other people’s kids but doesn’t give a damn about the danger his own granddaughter faces. 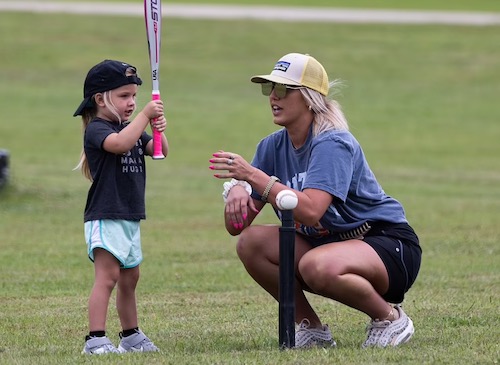 ‘I need this order because I am scared of what Princeton might do to me and my daughter … I am also aware he carries a firearm daily,’ Roberts stated in her application for a protection order.

Foster ‘claimed he was one of God’s prophets and him and my daughter are going to heaven,’ she added in a harrowing 10-page affidavit obtained exclusively by DailyMail.com.

The couple got engaged in April 2019 and moved in together but Roberts called it quits in August 2020, allegedly because of Foster’s drinking and substance abuse.–DailyMail

Let’s get this straight: a professional fighter can make an actual threat against his own 3yo granddaughter that sounds an awful lot like it might involve an act of murder-suicide and Joe won’t even sign the paper authorizing Secret Service Protection?

This is the same guy who had no problem putting a ring of fencing and the National Guard around the Capitol Building for a threat that would never come, right?

I knew the Democrats were aggressively in favor of abortion. But I never would have imagined this supposedly devout Catholic would be cavalier with the life of an inconvenient 3yo.