There’s a reason the media freaked out when Trump’s ‘you are fake news’ taunt gained traction: it struck a nerve.

Somewhere along the way, our media became a group of people more interested in teaching people what they must think about events of the day than keeping their audience reasonably informed about the basic facts. You can learn just as much about a major, well-staffed outlet by what they leave out (Hunter Laptop, Trump’s Abraham Accords Middle East peace deals) as you can by what they emphasize in the reporting.

They’re pushing a narrative. We know it. They know it. Everybody knows it.

And yet, every once in a while, they get caught in such an egregious act of journalistic malpractice that even they get ashamed of how blatant it was.

In that documentary, DailyWire’s Matt Walsh goes to a variety of experts with what should be a very simple and straightforward question — the one in the title. It is shocking to see what lengths our ‘experts’ will go to in order to avoid answering it. Even at a women’s march, they were flummoxed by that question.

It was a solid documentary, one that will give viewers a newfound appreciation for the importance of what is at stake over the trans question, especially as it pertains to children. This was not a film in which he personally made a dogmatic case about the question. Instead, Walsh asked direct questions and let the answers he had been given carry the weight of the story… he even traveled all around the world to do so.

As with any other theatrical release, copies were provided to critics so they could review the material.

Rolling Stone has once again shown itself to be exactly the rogues’ gallery of disreputable hacks you might expect from the rag that gave us the Duke Lacrosse hoax story.

Matt Walsh tells the story in his own words with a damning series of tweets: 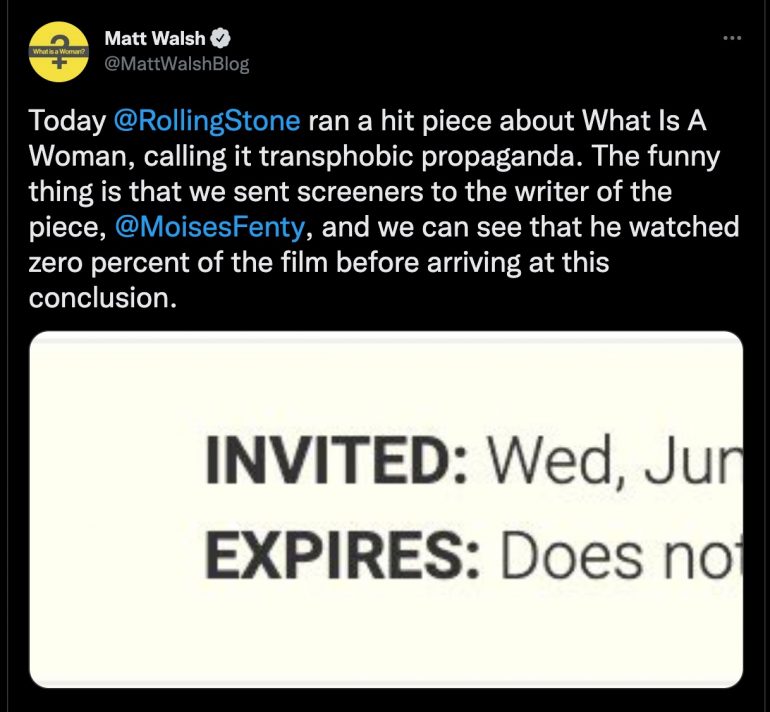 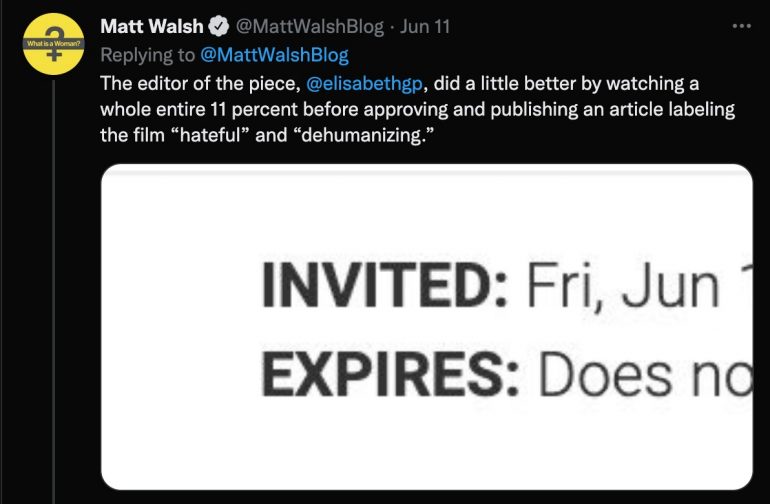 There is no way for Rolling Stone to answer that question and look like they are competent and honest. And they know it.

This guy bravely ran away. 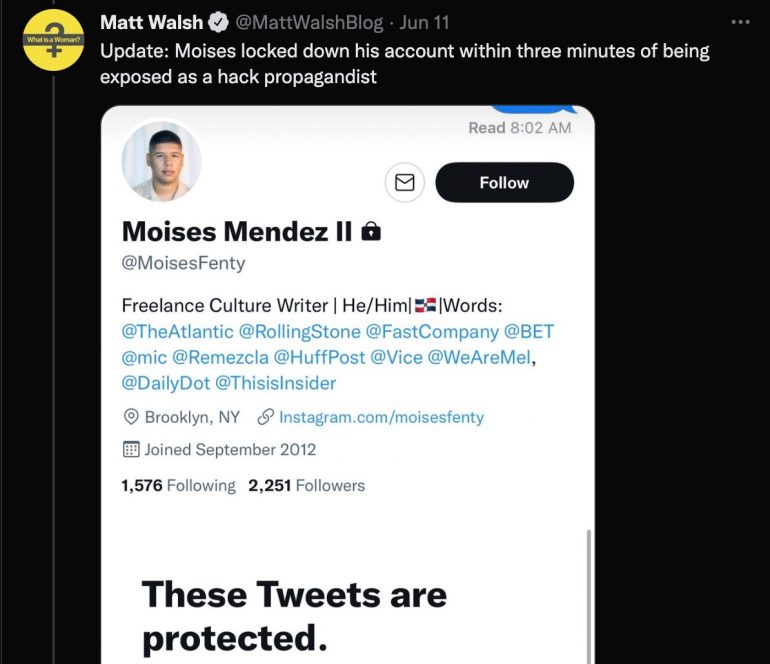 But you can still see all the places where his work is considered ‘credible’. What do they all have in common, do you suppose?

From that same thread:

Perhaps the possibility of not speaking to a topic about which she knew nothing never occurred to her?