This is exactly what pro-abortion domestic terrorism movements told us we should expect if they didn’t get what they want with Roe V. Wade.

Throughout May, right after the leak of the Dobbs decision, we saw attacks against Churches, pro-life charities, and crisis pregnancy centers ramp WAY up. They explicitly told us this was an intentional campaign of political intimidation to achieve through force and violence what they could not achieve through the ballot box.

That is the textbook definition of domestic terrorism. And if law enforcement does not start taking them seriously, this will only accelerate. (Or have we already forgotten how the left made cities burn in 2020 when they had a political message they wanted to send?)

Someone burned down ‘the little Catholic Church on Irish Mountain’.

Historically, it was the last remaining link to an Irish community from a century and a half ago, when the building was first built. Although it stopped seeing regular use when it was declared a historical site in 1984, the cemetery on the grounds still marks the lives of those who first built it and worshipped within its walls. 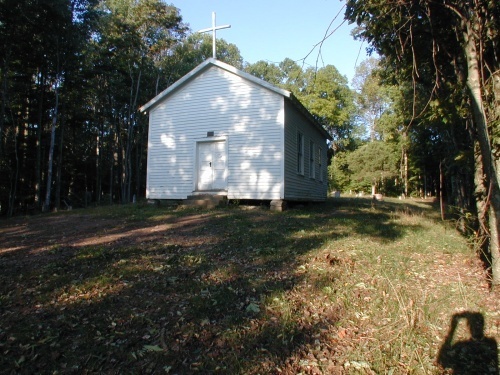 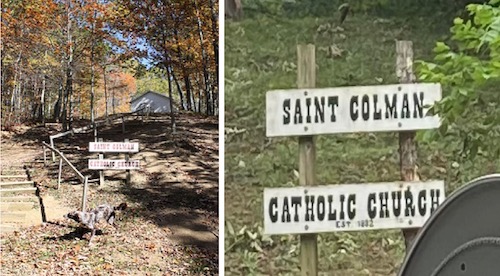 Now, there are only ashes, concrete, and what looks like a historical plaque resting on the blackened steps. 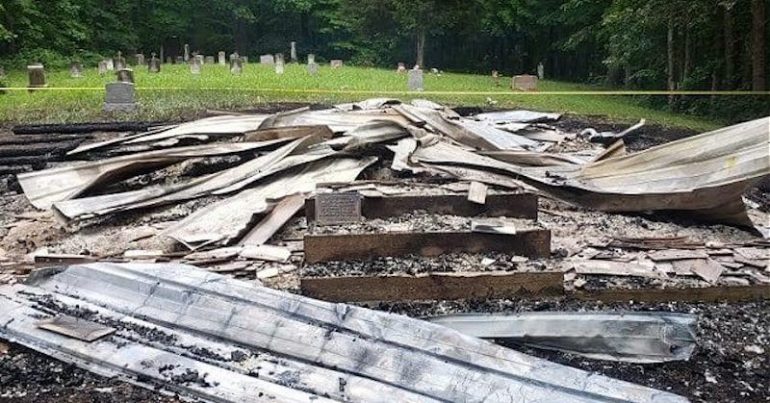 The Diocese of Wheeling-Charleston told The Catholic News Agency “The church, which was placed on the National Register of Historic Places since it was built in 1877 was not regularly used. The Diocese is truly grateful for the response of so many fire departments in the area, but the little church burned quickly and nothing can be saved. The cemetery behind the church will continue to be maintained.”

The Church, St. Colman’s, was the surviving remnant, along with the cemetery, of what was once a thriving Irish immigrant community, many of whom were Catholic. In 1855, an Irishman Maurice Sullivan bought the first tract of land and the community soon grew to more than half a dozen families. –IrishCentral

Remember the national outrage and calls of ‘hate crime’ when someone placed a piece of raw bacon on the door handle of a mosque a few years ago? At least bacon grease can be washed off.

Where is the media throwing a spotlight on these issues and calling them to have the book thrown at them?

If the media could pretend for a moment that the targets of these crimes were abortion clinics, perhaps they could generate the appropriate levels of outrage.

As it currently stands, their relative silence looks an awful lot like approval. Much like it did during those ‘firey but mostly peaceful’ protests of 2020.

But we can trust them as ‘objective news’ sources, right?