Before he became a famous artiste, the meth smoking and hookers were a pretty good clue that the ‘smartest man Joe Biden knows’™ is kind of a gross piece of work.

But now? Now we have the search history. Even just a six-day window into it was every bit as nasty as you think. And do we even want to know why he sent one of the links to a number listed as ‘dad’ in his contacts?

Daily Mail has released the internet surfing habits of those last six days before Hunter brought his laptop into the repair shop. That smartest man Joe knows didn’t exactly spend a lot of time on his computer involved in pursuits that would be considered intellectual or businesslike.

Some people enjoy the freedom to jump on their laptops and get work done from home in their PJs.

Hunter Biden? Not so much. As this pixellated photo (probably featuring THE Laptop From Hell itself) can attest. 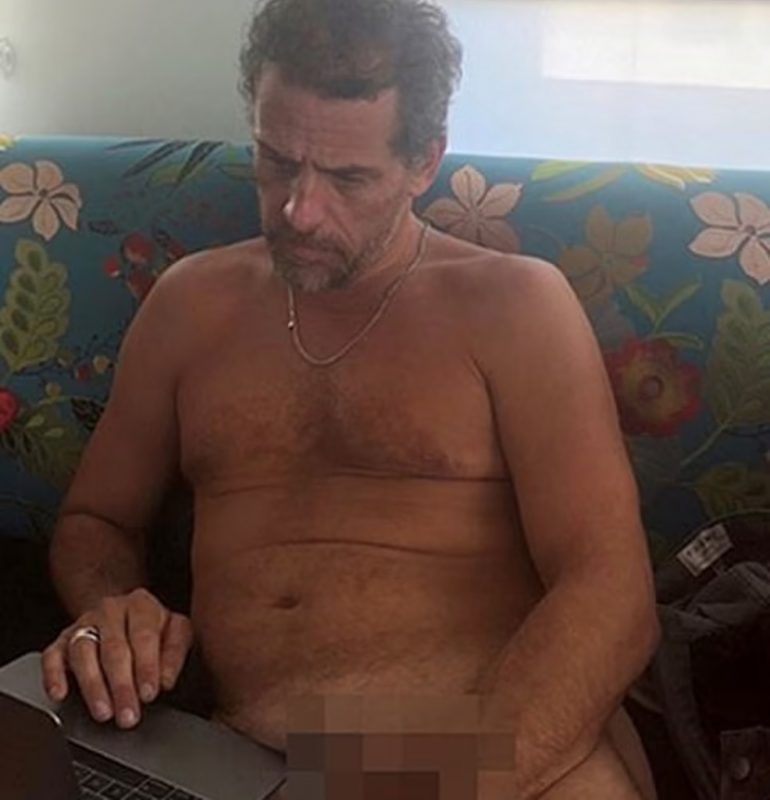 “Of the 281 websites captured in his browsing history over six days, 98 were pornographic.”

And many of the searches that didn’t go looking up some kind of tawdry sex act were vanity searches.

The list of searches covers just six days in March 2019 before he broke his laptop, took it to be repaired [at] a Delaware shop, and then abandoned it. But it is packed full of revealing and disturbing websites.

It’s not enough that he’s bringing hookers home, he has to upload footage of what he does with them, too?

If that weren’t sketchy enough, here’s another wrinkle.

However, other texts show he and Joe Biden used each other’s phone numbers at various times, so it is unclear whether the president was using that number at the time.

That ‘controversial relationship’ involved knocking boots with his brother’s widow when the body was still warm.

That’s not EXACTLY the same as his dad’s story with Jill is reported to have been. But, hey, close enough. If accurate, they’re both sleazy SOBs. Jill Biden’s Ex-Husband Accuses Her Of Cheating With Biden After He Donated $10K To His 1972 Senate Bid

Maybe Tara Reade would have something to contribute to that conversation if the American media ever lets her tell her story. So far, Australia has done more to hold Biden accountable for these allegations than the ‘respectable’ press.

While Joe was getting to announce, and days before Hunter conveniently lost ownership of his laptop, Hunter’s searches had some particular local interest.

Crack cocaine, and Washington DC…SEVEN times in a week.

What, was he looking to make some new friends?

He also used search engine DuckDuckGo, a more discreet alternative to Google, to search for himself several times between March 12 and March 17, 2019.

In a sane world, Hunter’s escapades are such a rich vein of blackmail fodder that foreign entities — say, the CCP or Rusia — could use against him that they would never have DARED let him run for party leadership.

And if he ran anyway, they would have exposed it preemptively, just to protect the brand. Instead, they have become so corrupt that they have circled the wagons around him.