One can only hope.

On Wednesday, an article published on Vox’s website says that perhaps it’s not the best thing for children to be told that the world as they know it will end unless we usher in the Green New Deal and reenter the Stone Age.

Anthropogenic climate change True Believer, Kelsey Piper writes, “Some ‘climate anxiety’ is the product of telling kids — falsely — that they have no future.” 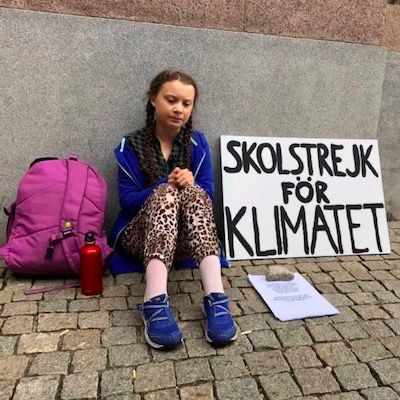 Yes, we’re talking about Ms. Greta “You’ve stolen my dreams and my childhood” Thunberg, who told world leaders, “Our house is on fire. I don’t want your hope. … I want you to panic.”

Perhaps making a child with a history of mental health issues the High Priestess of the Climate Cult because she was so depressed that she didn’t see the point in going to school anymore was a bad idea.

Oh, and yes, she does have a history of mental problems but you’re not allowed to mention that.

Eh. Whatever. She’s a grown-ass adult now, so we’re no longer obligated to handle her with kid gloves.

She chose to embrace the spotlight, and that comes with criticism. If she’s really upset, she can rant to her therapist about her mom’s exploitation of her (and her sister’s) developmental disorder and mental health issues in order to sell books and live the high life rubbing shoulders with celebrities and being fêted around the globe.

Interestingly, Piper’s criticism of the climate alarmism being foisted on kids is directly related to Greta Thunberg’s activism.

Piper says that the climate alarmist’s children’s book just might cause anxiety in children… which was likely the point.

As a parent, I think it’s essential to empower kids and pass along the message that the world will be in their hands, that they will have the power to solve its most pressing problems, and that there are lots of people already working on those problems who are eager for kids to learn, grow, and join us. Fighting climate change is part of that, and it’s important and worthwhile, but not because there will be no world for children to live in when they grow up.

Unfortunately, the latter message is the dominant one in Our House Is on Fire: Greta Thunberg’s Call to Save the Planet, a beautifully illustrated picture book aimed at ages 3-8.

“There might not be a world to live in when she grows up. What use is school without a future?” one page describes Thunberg as thinking. Even as a setup for Thunberg’s rise as an activist, I’m not thrilled about that message. Some kids might hear that and be inspired to speak before the United Nations, but most kids are going to hear that and be scared and disempowered.

That pessimistic message seems to be sinking in for the young. A 2021 study funded by the campaign and research group Avaaz polled 10,000 people between 16 and 25, and found that over half thought that humanity was “doomed” because of climate change.
Source: Vox

The left really needs better heroes than a high school dropout with mental issues fearmongering over the end of the world as we know it within our lifetimes.

But it’s kind of their fault that Thunberg’s pessimism is so popular — they’re the ones that elevated her to Climate Messiah.

Later Piper writes, “In some cases, it feels like adults are displacing our own frustration at political inaction on climate onto kids — and doing it by telling them things that aren’t true, and that they don’t have the perspective or context to take with the appropriate grain of salt.”

Whoa! Is she saying that children aren’t mature enough to properly understand and process some issues? That sounds like she’s a “far-right extremist”! If she continues down this road, the next thing you know, Piper might not want to “affirm” a two-year-old’s T-Rex identity.

That Vox had the stones to publish this is pretty incredible after years of fanning the flames of climate hysteria. 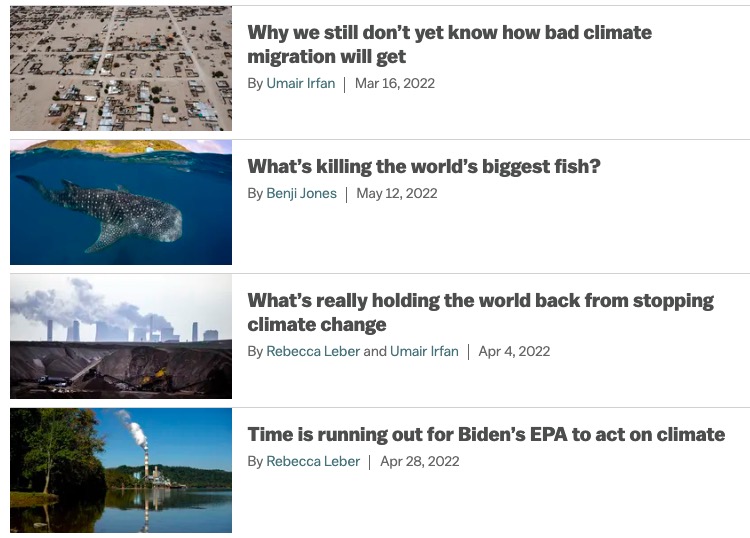 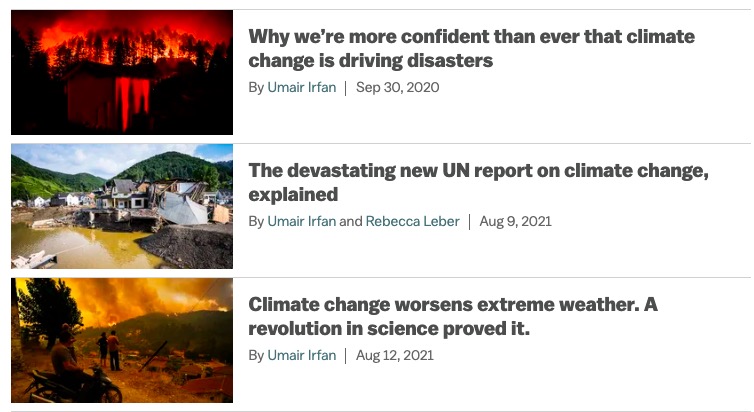 Almost all of those are just in the past few years. They signal to kids everything from the extinction of animals to uninhabitable areas to “extreme” weather to the possible end of winter sports and that the adults don’t want to fix it because it costs too much money.

Vox even stressed how important it was for kids to learn about climate change in school and that it would affect “every single stage” of a child’s life.

But now we’re supposed to clutch our pearls and “please think of the children” because of the climate anxiety that has been caused by… *checks notes*… Vox.com.

One article from 2015 is particularly egregious.

The obvious truth about global warming is this: barring miracles, humanity is in for some awful shit…

…The fact is, on our current trajectory, in the absence of substantial new climate policy, we are heading for up to 4°C and maybe higher by the end of the century. That will be, on any clear reading of the available evidence, catastrophic. We are headed for disaster — slowly, yes, but surely.

Even as many climate experts are now arguing that 2°C is an inadequate target, that it already represents unacceptable harms, we are facing a situation in which limiting temperature even to 3°C requires heroic policy and technology changes.

Even one that appears to be hopeful titled, “The world’s progress on climate change” written before the COP-26 Summit in Glasgow — isn’t hopeful at all.

Brad Plumer and Nadja Popovich at the New York Times reported that even if the world’s leaders meet their existing commitments on climate change, the planet would still warm by 2 to 2.4°C by 2100.

The goal, to avoid the worst consequences, has long been to not surpass 1.5°C. It’s already a question if world leaders will keep their promises. But even if they do, we are on track to blow past the goal anyway.

Do you know what’s not really in the articles? Calling out China for emissions and fossil fuel use because it’s still considered a “developing nation.” It seems that only Western nations have to worry about such things.

These people are unbelievable.

But hey, thanks for getting with the program.

Here’s a ClashDaily article from 2019 on this very topic of kids’ climate anxiety.

This is why parents have emerged as a new voting block — they’ve seen how the politicization of everything is hurting their kids’ mental health and they’ve had enough.

Oh, and also, a piece in the New York Times published just days ago written by Ezra Klein stated, “Your Kids Are Not Doomed” and that “No mainstream climate models suggest a return to a world as bad as the one we had in 1950, to say nothing of 1150.”

Holy flipping cow! We have been told for DECADES to expect the apocalypse without drastic change! Now it won't even be as bad as 1950?? https://t.co/fV8Me62EZe pic.twitter.com/gf2KO9yNXg

So, it isn’t an existential crisis since there are nearly 8 billion individual pieces of evidence that humans have somehow been able to survive after 1950. (The Malthusians are very upset by this, by the way.)

After years of running around screaming that the world is going to end unless we pass the Green New Deal, stop driving cars, eat bugs, and embrace communism — just pouring more and more gasoline on this dumpster fire political activism — Vox is now advocating a more measured approach.

Thanks for nothing, Vox.