The Commander-In-Chief wept big crocodile tears about imagined horrors of the ‘authoritarian’ Dobbs decision but didn’t bat an eye at putting the screws to anyone who wouldn’t get a pointlesss jab.

One critical responsibility of the Commander-in-Chief is to make sure the readiness of the military has been adequately provided for.

Ask yourself whether Biden’s mass layoffs over Covid-jab compliance take us closer to that goal of readiness or further from it?

The point of urging vaccine use, historically, has been the net benefit it will offer to an individual or to a group.

Some offer obvious protection against serious illnesses, like smallpox or polio. Others mitigate significant debilitating effects, like shingles. Still others, like the flu shot, might not stop you from catching it, but will keep others safe from diseases that are dangerous to them.

We’ve learned a lot about a certain Wuhan ChinaVirus since it first crashed the party globally. We’ve learned who is (and isn’t) at serious risk. (E.g. if you’re young and healthy, you’ll probably be ok.)

So the only obvious remaining argument would be that it prevents the worst effects of the (far-less-dangerous-than-earlier-variants-were) virus. Except that math doesn’t add up either.

The pivotal clinical trial for the @pfizer #Covid vaccine shows it does nothing to reduce the overall risk of death.

The trial blind is broken now. This is all the data we will ever have. pic.twitter.com/5RoWfiJ6s2

With these data points already known and understood, why would the Commander-in-Chief be so heavy-handed as to keep drop the hammer on vax non-compliant so long after the peak of Covid?

More than 60,000 unvaccinated Army National Guard and Army Reserve soldiers will be barred from performing their military duties and have their pay and benefits cut because they refuse to get their shots, officials announced on Friday.

‘Soldiers who refuse the vaccination order without an approved or pending exemption request are subject to adverse administrative actions, including flags, bars to service, and official reprimands,’ according to a statement from the Army.

…The military branch has raised the stakes for anti-vaxxer soldiers and promised to go one further and discharge their personnel if they continue to resist immunization.

‘In the future, soldiers who continue to refuse the vaccination order without an exemption may be subject to additional adverse administrative action, including separation,’ an Army representative said.

…’We’re going to give every soldier every opportunity to get vaccinated and continue their military career,’ Director of the Army Guard, Lt. Gen. Jon Jensen told Military.com. ‘We’re not giving up on anybody until the separation paperwork is signed and completed.’

The hardline that Secretary of Defense Lloyd Austin has taken on unvaccinated soldiers could backfire on the military branch.

The Army recently backpedaled on an announcement that they would no longer require a high school degree to enter the force, as their recruitment goals have fallen short by 60 percent.

There have been 30,000 request from guardsman and reservists for medical and religious waivers, but the Department of Defense have not approved any of them.– DailyMail

What possible benefit could there be to being so heavy-handed in this approach over a virus that so many of us have already had and recovered from?

We lose trained veterans, and the years of insight and experience they bring with them. We disincentivize recruitment among groups who would have been likely to volunteer at a time when the military is desperately struggling to recruit people.

What possible national interest does this action serve? Feel free to name some in the comments if you can. We can’t think of any.

The only possible interest we can imagine it serving is an explicitly partisan one. Find an issue on which there is a strong partisan divide, like this one, and purge anyone on the wrong side of the issue.

Obama and Biden did promise to ‘fundamentally transform’ America. We have seen how their party has hollowed out other aspects of the Executive Branch to install partisan activists in positions of influence in what could only be described as a manifestation of the ‘long march through the institutions’.

Is the same thing happening here? 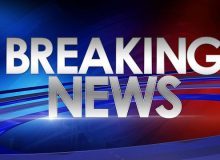