When did pedophiles become a protected class?!

Apparently, it’s when they are men dressed as women and are too lazy to turn off auto-play on YouTube.

Kellie-Jay Keen (aka. Posie Parker) has been a staunch advocate for women’s rights and is standing up against the transgender activist push to erase women’s single-sex spaces and take over women’s sports. The Brit activist has been called a “gender critical” feminist, which basically means a feminist before “critical gender theory” became fashionable among academics somewhere in the 90s. Trans activists also refer to her using the slur “TERF” — “Trans Exclusionary Radical Feminist” to smear her as “transphobic” but this woman is fearless and has embraced it by calling her activism “TERFing”.

Keen posts videos on YouTube where she expresses her opinion that biological men cannot become women regardless of what they wear, how they behave, or however many surgeries they opt for. She also discusses how the radical trans activists (especially the “trans women” who are men in women’s clothing) trample the rights of women and children and are putting them at risk by allowing men in women’s only spaces.

On Sunday, she received a visit from local police because they received a complaint about one of her YouTube videos — she had apparently been “untoward about pedophiles.” What a very British way of saying that she disapproves of pedophilia. When she asked, officers admitted that they hadn’t bothered to watch the video but went to her home to talk to her anyway and to inform her that it was considered a “hate crime.”

She was so surprised that the police would take time out to go and knock on her door after a report that was filed about a YouTube video without even bothering to watch it when real crime is happening in the U.K. — including the “Grooming Gangs” preying on young, blue-collar white girls.

Perhaps if the police in England and Wales were a bit more “untoward about pedophiles” the “Grooming Gangs” would’ve been stopped years ago instead of allowing it to drag on for a decade or more.

Keen, of course, held a livestream about the incident explaining the bizarre visit that she had from police.

Keen said that she thinks that the cop misspoke when he said that she was being “untoward about pedophiles” and perhaps meant that she had compared trans women to pedophiles for wanting to enter female-only spaces with young girls.

Kellie-Jay is taking it in stride and has decided to have a little fun with the entire incident. She posted some memes on Instagram mocking the police… 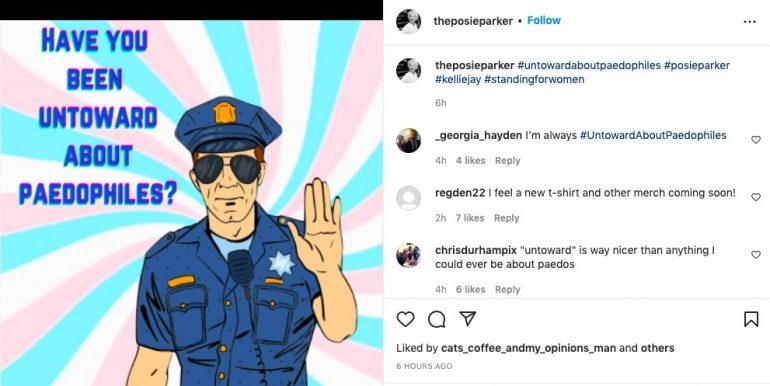 …and she now has a couple of new shirts on her “Adult Human Female” merch store. 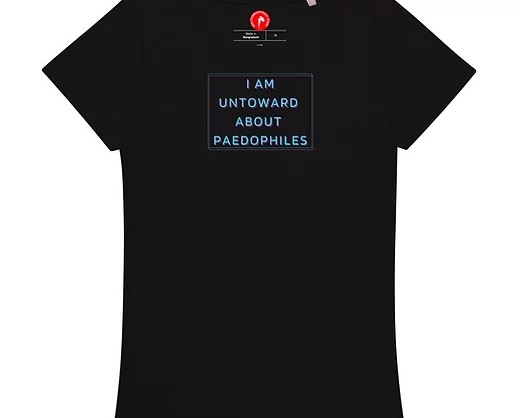 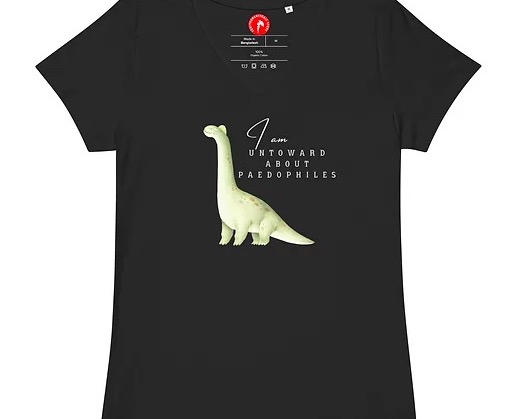 She also posted a video on Instagram with a screenshot of the complaint that was filed along with audio from her YouTube video that sparked the complaint. 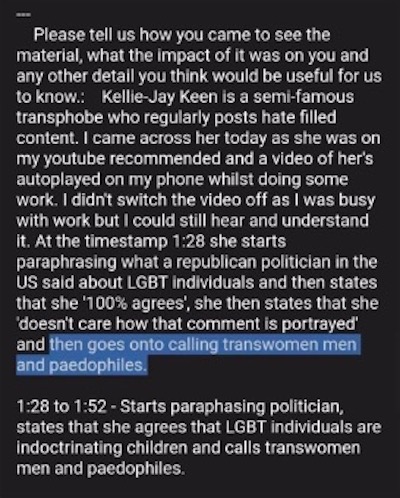 How anyone could take that seriously and not see it as a malicious complaint by a trans activist who wants to silence a woman opposing the trans agenda is astounding.

Keen posted another video on Monday and she’s not backing down… she’s doubling down. This video is about how Drag shows are sexualized performances that are mocking women and are completely inappropriate for child audiences. She says that drag performances are vile and misogynistic and deeply insulting to women. She also questions why drag queens feel the need to dance provocatively in front of children. She also doesn’t see much of a difference between trans women who are dressing up all day as women and drag queens who only do it to perform.

It’s nice to see a fearless woman standing up for women against the angry (and often violent — in threats at least) trans mob and look pretty stylish doing it.