One reason Democrats don’t care about the border crisis is that they know the media will always run cover for them to mitigate the damage.

This is why you see footage like we saw yesterday. After Texas National Guard locks a gate — on private property to — prevent illegals from swarming onto one citizen’s land, Biden’s feds came along with a key and opened the gate for them.

The result of two years of this kind of abdication of border enforcement responsibilities under Biden is predictable. We have seen a spike in all kinds of statistics relating to an open border ranging from illegal immigration to fentanyl deaths, to human trafficking and the deaths of many who make the trip.

Of course, every person crossing the border makes the cartels richer, and they are upgrading their operations to rival the tech you might see owned by modern militaries.

We can thank the Democrats for that. Surely there could be no negative future consequences for irresponsibly pumping billions of dollars into cartel coffers, right?

Democrats are more interested in immigration for other reasons. According to a leaked 2018 memo from Clinton insider Jennifer Palmieri, illegal immigration is ‘critical’ to future electoral success. Whether that is about demographic changes or by having a gazillion billable hours working as a slush fund for an army of Democrat donors, she never made it clear.

But having absorbed several million people in the last two years at the border, Texas is insisting other states — specifically the blue states that support this open border strategy — start sharing in the burden of responsibility.

After just a few busloads of immigrants showing up in self-proclaimed sanctuary cities like New York or DC, they are scrambling to keep up. Fancy hotels are filled up with new arrivals in New York on the government dime, and DC was calling for the National Guard.

Suddenly, the networks started paying attention to a story they have been dutifully suppressing from the first day Biden took office. 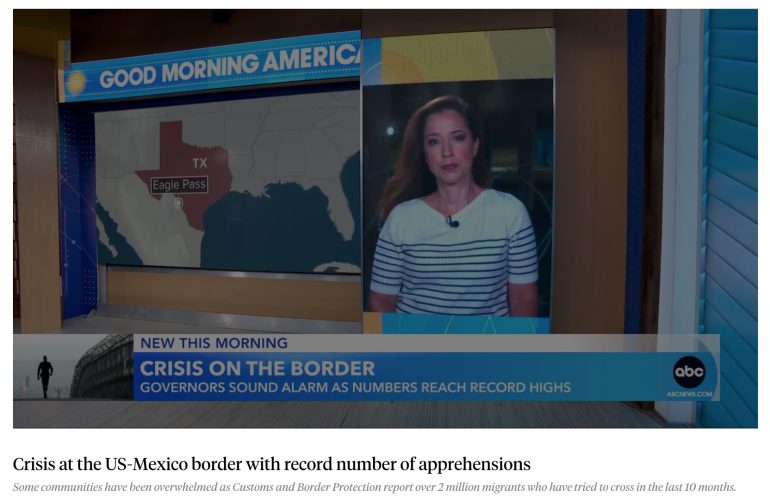 For the record: 50+ people cook to death in the back of an 18-wheeler, and that wasn’t a crisis. But a smattering of people start clogging up trendy hotels in Times Square and NOW we’re talking about it?

Typical NIMBY liberals. When somebody ELSE has a crisis, they don’t care. But if they get inconvenienced… call in the national guard right quick!

You can’t embrace open borders and a welfare state at the same time. It creates a feedback loop that will destroy the welfare state.

If New York and DC are already freaking out after only a small taste of that dynamic, how do you think border states have been feeling, being abandoned by their federal government since Day One?