Here is the Crown Prince of puppy-maiming, lockdowns, China apologists, and Gain-of-Function research finding out the hard way that an adoring public can be a very fickle thing.

Fauci arrived in Seattle for a Mariners’ game where he was set to receive an honorary award and throw out the first pitch at a Major League ball game against the visiting Yankees.

The Hutch Award has been awarded by Fred Hutchinson Cancer Research Center based in Seattle and typically to a Major League Baseball player who “best exemplifies the determined spirit of the late Fred Hutchinson, a pitcher and manager who died of cancer in 1964 at age 45.”
Fauci is the second person to be given an honorary Hutch Award, along with former President Jimmy Carter in 2016. –SF Gate

This was not exactly a hero’s welcome.

Dr. Fauci was met with a crowd full of boo’s while being “honored” at tonight’s @Mariners game in Seattle.pic.twitter.com/b3kbcsfCdc

One heckler’s scorn was especially memorable tying in his appalling COVID track record with a callback to another time he tried to throw an opening pitch:

“You’re going to miss this like you missed the pandemic loser,” an individual shouted at Dr. Fauci who threw the first pitch at tonight’s Seattle @Mariners game.pic.twitter.com/K1tlGnANtX

The irony of Seattle Fire pipes and drums performing at a game where Fauci is being honored after a bunch of them got laid off thanks to Inslee's vaccine mandate pic.twitter.com/EFW2gjvIVE

Katie’s closing thought is a cherry on top.

What was that line from the Dark Knight again? 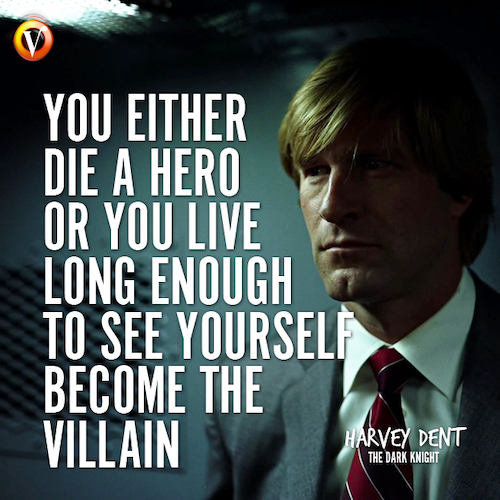 Looks like Fauci lived long enough for that campy wisdom to be true in his own life.

Paging Dr Fauci: your fifteen minutes is over. Go away.