Social media users found the lack of reaction by the other passengers quite telling.

An old video of a fight on a commuter train was making the rounds on Twitter. In the clip, one woman is beating another and a man who tries to intervene and pull the woman away is attacked by another passenger.

The other passengers don’t intervene and one films it to post on social media.

The Twitter user that posted it wrote the caption, “The lack of care or surprise on the rest of the passengers faces resonates the mood of the nation perfectly.”

It’s quite clear that one reason that the video is being shared so widely is that the apparent aggressors are black and the people being brutalized are white.

The lack of care or surprise on the rest of the passengers faces resonates the mood of the nation perfectly. pic.twitter.com/SLfKi5cAwQ

Riding public transit is like inviting a dozen hitchhikers into your car.

This guy knows it… 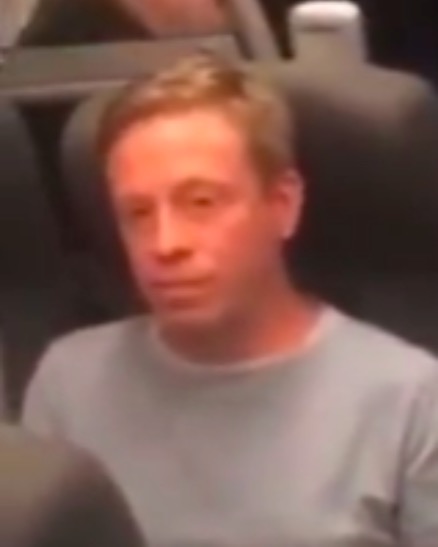 He’s just so resigned to the situation.

Face tells it all pic.twitter.com/U45BT9b9lu

"You can report crime…." pic.twitter.com/C3DgFFOBXz

The full video posted on YouTube three years ago shows why context matters — this video was taken on a commuter train in the United Kingdom, not the United States.

Apparently, the conflict began when someone (perhaps the white girl) threw a sandwich at the Big Girl.

Does that mean that she should resolve the situation by beating the girl to a pulp? Of course not. We now live in a world where people simply don’t know how to behave, and bystanders are afraid to intervene.

[Editor’s note: YouTube removed the video after this article was published. Of course.]

What we really need is for parents to step up and actually raise their kids properly so they don’t grow up to be feral adults like the four people fighting in this video.

Of course, that would take putting down the damn phone and a fair bit of investing in your kids’ lives in order to fight against the cultural rot that encourages this kind of thing — but it is possible.

If we want to have a functional society, we need to raise functional people. The deconstructionist leftism in schools, social media, and the entertainment industry are all pushing against a functioning society because they want a neo-Marxist utopia.

To them, when you make an omelet (utopia), you’ve gotta break a few eggs (functional human beings).