Democrat policies are failing at every level of government.

That means that Democrats have got to use the one issue that they believe resonates the most with voters, and after the Dobbs decision and atrocious biased media reporting surrounding it, they think that issue is abortion.

As a reminder, the case went to the Supreme Court because pro-abortion activists insisted that limiting abortion to 15 weeks — which is where the vast majority of the country believes it should be — was too restrictive.

These pro-abort Democrats don’t seem to want any restrictions on abortion whatsoever, and heaven forbid that a state legislature dares to pass a pro-life law that the residents of their state want.

Florida has a bill that, just like the Mississippi law that was at the center of the Dobbs case, would limit abortion to 15 weeks. The bill is being challenged by rabid pro-abortion activists and is now headed to the Florida Supreme Court.

Governor Ron DeSantis’s Democrat challenger, the chameleon politician Charlie Crist, whose party affiliation has been all over the map, is now signaling his support for in-utero baby murder. Interestingly, he’s using the argument of “bodily autonomy.”

Unfortunately for Crist, he wasn’t always a big supporter of bodily autonomy when it came to the COVID mRNA shots. The DeSantis War Room posted a video of Crist appearing on Good Morning America in May 2021 where he was all-in for vaccine passports.

Charlie Crist: "We should have vaccine passports. I think that's important." pic.twitter.com/N7oujQAOj5 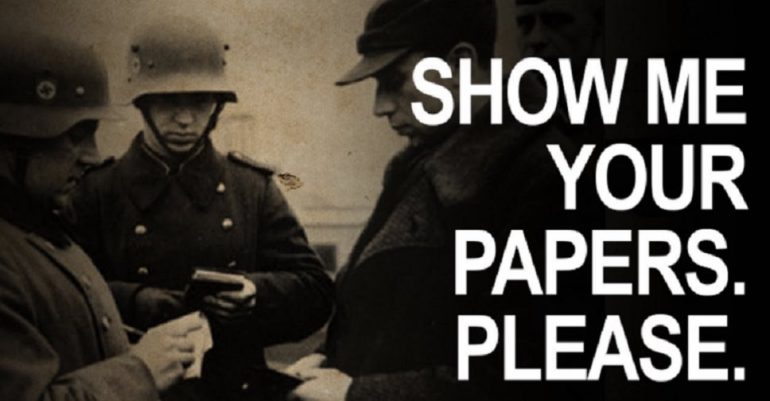 Looks like Crist isn’t a fan of the “Free State of Florida.”

That clip from Crist aged like milk — we now know that the vaccines don’t prevent someone from contracting or spreading the illness, so vaccine passports are worthless.

Some of us had said this fairly early on but got slapped with suppression by the “fact checkers” who are now memory-holing what the “medical experts” said back in 2021. (Hi there, guys’n’gals!)

We’ve even had a handful of medical experts admit that vax passes were pushed to force people to get the jabs.

MUST WATCH: ‘We Have Made Mistakes’ Says Immunology Prof Who Advised Israel’s Vaccine Policy

But the same people that go on about “bodily autonomy” when it comes to abortion — which is the intentional ending of the life of a child with its own body — don’t have a problem with forcing you to take an mRNA “vaccine” that wasn’t used on humans before and has no long-term data, and then get an endless number of boosters, the latest of which has only been tested on 8 mice.

That's why we rubber stamped a booster given to 8 mice– I mean carefully vetted mice. https://t.co/JclkIeEk23

And these people act like they are righteous in their advocacy of abortion.

Charlie Crist really deserved to be taken down a peg or two. He has a rather inflated view of himself.

Here he is speaking to a small group of Pinellas County Democrats back in March comparing himself to Ukrainian President Zelenskyy and… Jesus.

Charlie Crist says that the election in Florida is “DeSatan vs Christ”
pic.twitter.com/bRIU7n5BwZ

Mark Hemingway of Real Clear Investigations quote tweeted the above video and wrote, “How’s this for a jarring segue? ‘This is an election about decency, about being decent to one another, about being kind to everyone. It’s called a Florida for all. We got a divider on the other side and a uniter over here. You know some people call him DeSatan?'”

But then, that’s who Crist seems to be.

DeSantis is going to absolutely own this clown in November because he’s running on his wins as Governor.