Within certain segments of Christianity, TD Jakes is an A-List famous celebrity preacher.

He runs a megachurch, he’s on TV, he’s sold about a gazillion books, and there have been spin-off ministries.

This week, Francis ‘Beto’ O’Rourke took one Sunday out to use him and his church as a prop so that he could milk that name recognition for votes.

Unfortunately, T.D. Jakes dutifully gave Francis exactly what he wanted… a boost for his political fortunes. Jakes stood and smiled in a photo op that Beto promptly put on his social media feed. 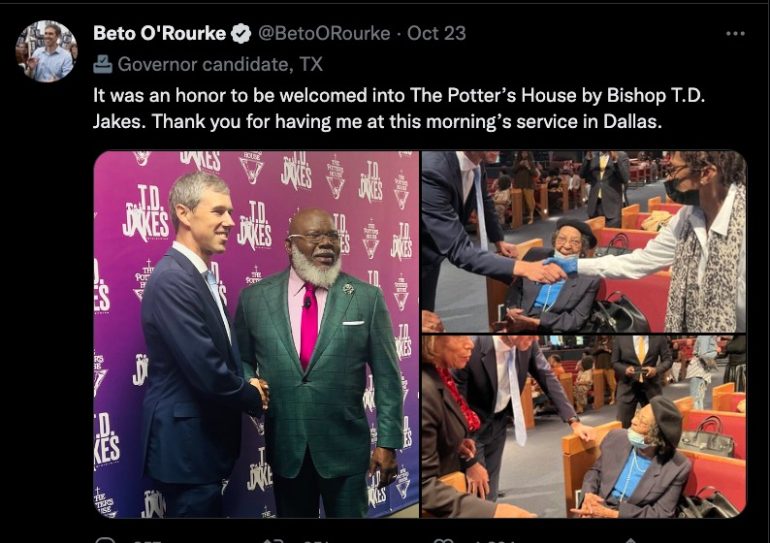 It’s obvious that Beto is super-sincere about his Christian devotion, too. Just like he was in this other photo… 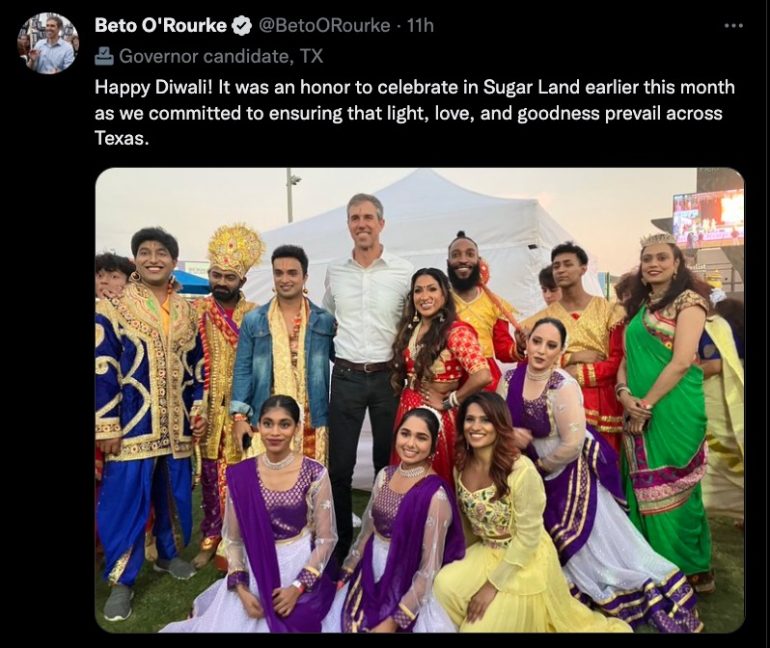 Nope. These visits are just a means to an end for Beto, like they are for so many politicians.

You might say that this is an unfair criticism of Jakes and that politicians go through all sorts of churches for a grip-and-grin.

Here are a couple of others in Beto’s timeline: 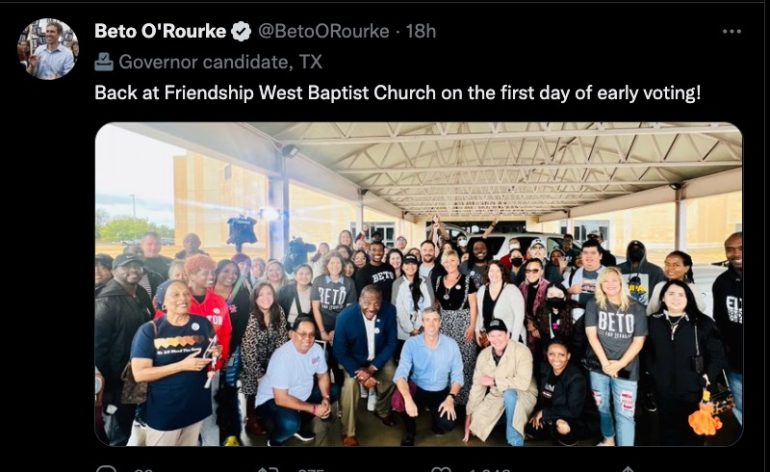 It might normally be fair enough to blow that off as routine political glad-handing.

But look closely at this photo: 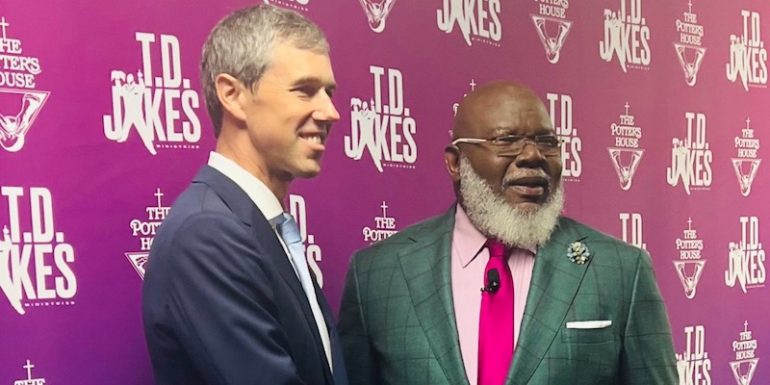 This is by no means the same thing as simply welcoming a politician into a congregation and greeting him when he comes in. This is an orchestrated photo op.

In this photo, we see a preacher standing in a pose with Beto, in front of a wall plastered with his own name, like what you might see at a presser for a sporting event.

Even without seeing any public statements by Jakes, or watching video clips from the day of his visit (and let’s face it, most of the public will not have done either) one can look at this photo and conclude that Jakes has endorsed Beto.

Naturally, any undecided members of his congregation may look to him for moral guidance and be inclined to take his advice on who should be running the State.

We could write a long list of all the horrible, aggressively secular, Anti-American hot takes he has been spouting for years, and why that is inconsistent with anything a Christian minister should endorse. But it might be simpler to just post these two consecutive tweets. 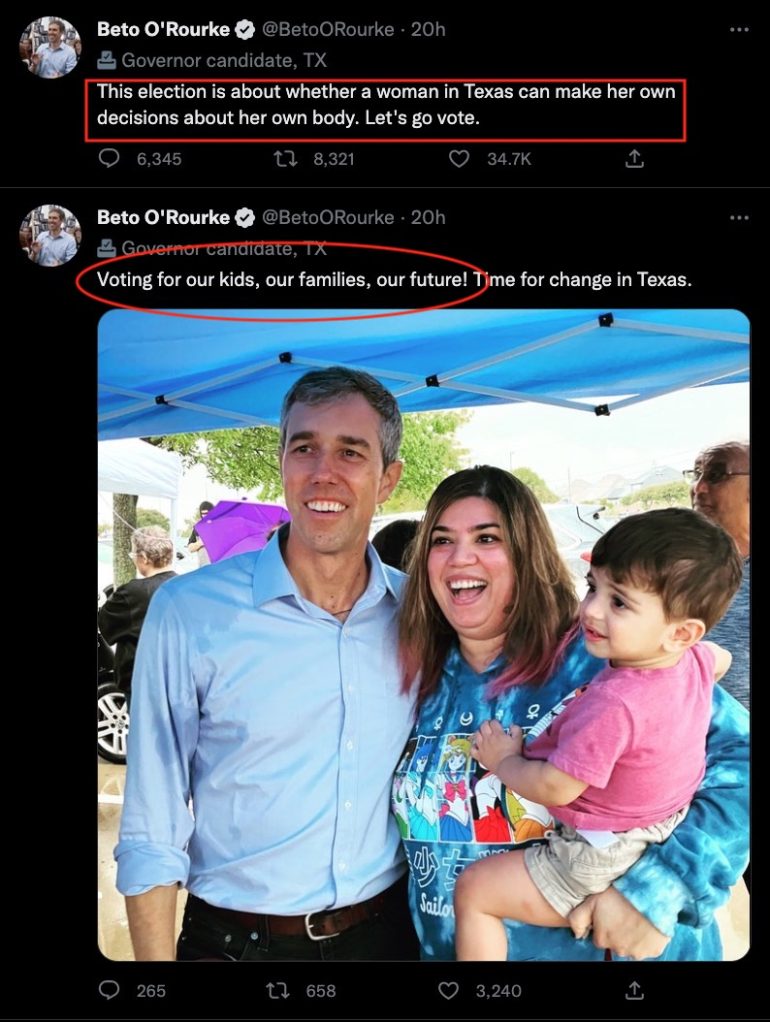 Don’t let your loved ones be a Beto. Give them this: