Darrell Brooks, scumbag, can officially be called a ‘convicted murderer’.

The man behind the wheel in the murderous assault of unsuspecting parade participants, mowing down children and grannies from behind like the coward he is, has been found guilty on six counts of murder… and a lot more than that.

Darrell Brooks has been found guilty of all 76 charges in the Waukesha Christmas massacre, including 6 counts of first-degree intentional homicide. He faces a mandatory life sentence for each homicide.pic.twitter.com/l5ClN4xFek

This is an important moment for us to stop and reflect on the absolute mendacity of our media overlords. They have proven themselves to be far more interested in media narratives than they are in reporting actual facts. For example, hard on the heels of last year’s Rittenhouse verdict, this was the contemporary social media conversation about the reporting of the Christmas Parade Massacre just a stone’s throw from Kenosha: 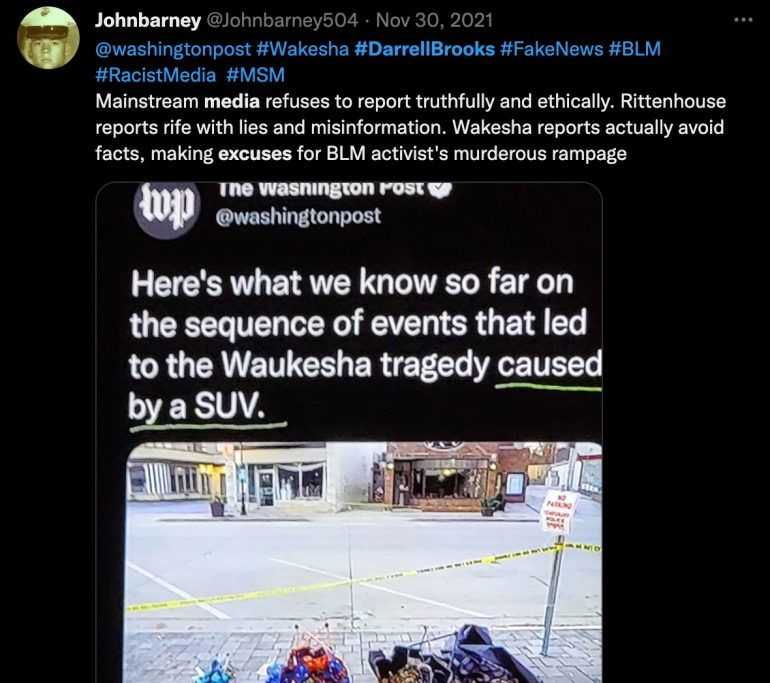 The driver was shown to be openly racist. The people he mowed down just happened to resemble the same group he was racist against. But the media doesn’t like to talk about THAT kind of hate crime. In fact, they tried to turn the page on talking about it altogether, as though 6 dead and dozens injured during a fricken parade were not a particularly important story.

Nope. It’s disruptive to the narrative they are constructing. Don’t forget. Officially, it’s impossible to be racist against white people because, something-something, yadda yadda, ‘reasons’.

Despite their unwillingness to report on it, we have a racially-motivated mass casualty event. It’s not an angry white Trump voter. There wasn’t even a scary black rifle.

All we had was an SUV and this guy with a chip on his shoulder: 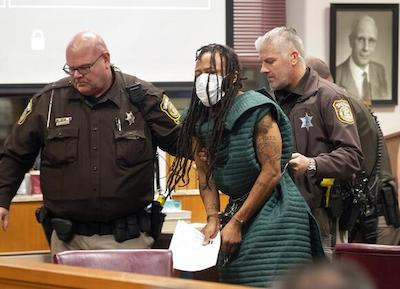 But that guy, for all the ridiculous antics he put up in the courtroom will never see the light of day again.

That’s a good start. But the full accounting for his actions won’t be settled until he meets the Judge that matters — AFTER he serves this sentence.