One of the obvious arguments against letting people flood into the country was the unsolved problem of rampant big-city homelessness.

If we haven’t figured out how to help the people who already live here, what reason do we possibly have for bringing in more people in need of assistance?

Mayor Eric has called a state of emergency after a few busloads of illegal immigrants landed in the self-proclaimed sanctuary city of New York. Not long after that, AOC was crying poor and demanding federal handouts. (More on that story here… AOC’s Whining About Migrants And Money Makes The Republican Case FOR Us)

But if you REALLY want to see the difference between how Democrats see your run-of-the-mill American homeless people they claim to care so deeply about and their new bffs flooding over the border by the literal millions, you need look no further than the story NY Post broke about the way these two different populations have been treated by their Democrat benefactors.

Important to this story is the distinct lack of any Republican they can trot out as a convenient scapegoat. We have a Dem city in a Blue State under a Democrat federal administration.

Even if you tried to blame Abbott or DeSantis, a Democrat mayor in a Texas border town has bussed even more people to NYC than either of them.

Eric Adams put up a tent city to accommodate these illegal immigrants, who happen to be some of the few people moving TO New York post-pandemic.

(Even Google wasn’t buying whatever official bureaucratic name Adams is hiding the tent city behind, as you can see from this photo) 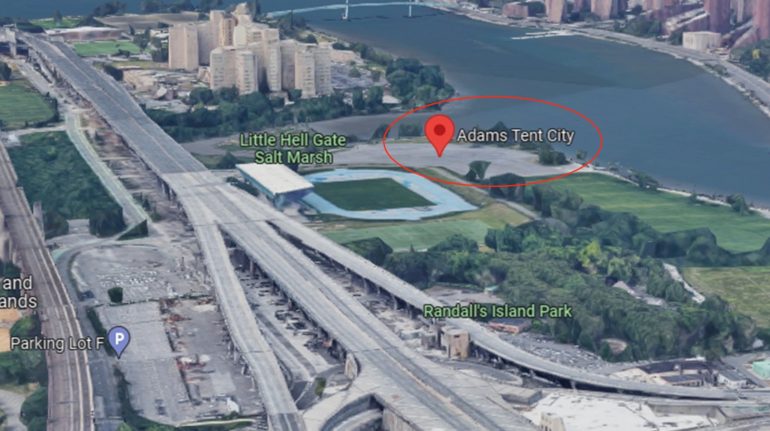 The New York Post caught up with an actual New Yorker living in the nearby Randall’s Island homeless shelter to ask what he thought about the tent city Adams was building nearby for illegal immigrants.

“They’ve got Xboxes? Get the f–k outta here!” fumed Baran Hines, 36.
The Brooklyn native said he’s been living since late August in the HELP Meyer shelter on Randall’s Island in a high-rise that’s just 350 yards away and visible from the new tent city.
“The building I’m in is so f–king awful,” Hines said.
“The smell is awful on every floor. The bathrooms are terrible with piss everywhere and s–t everywhere. There are flies in the bathroom.
“The tents look five times better,” he added.
Hines said he sleeps on “a raggedy bed with a hard mattress” and won’t eat the food that’s served “because that s–t will kill you.”
“Once a month, if I recognize the food, I’ll eat it,” he said. “But you taste some meals and you don’t know what it is.” — NYPost

By contrast to what he described, the article showed photos of the tent city with rows of shiny new cots and new bedding still in its packaging.

As for the X-boxes he mentioned? Hines isn’t kidding. Here’s a photo of the set-up they’ve got at the tent city. 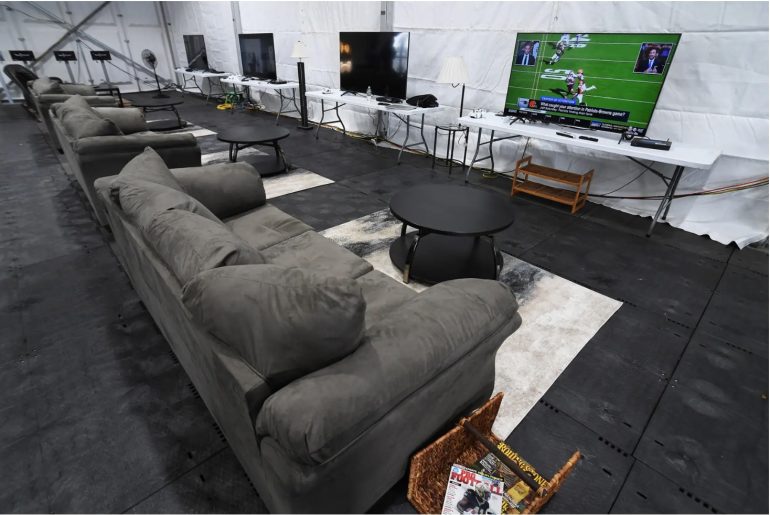 The lounge at the shelter? Not quite as nice. 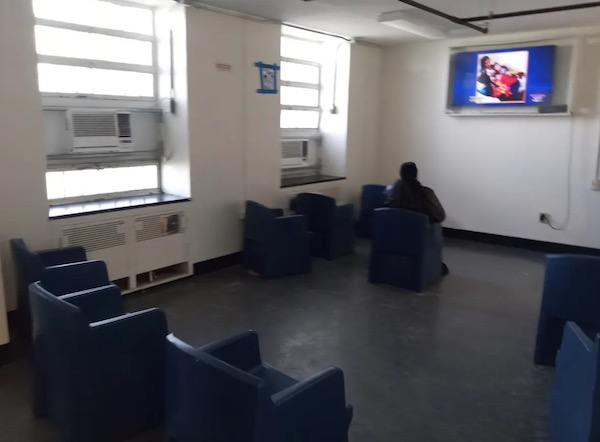 Oh, and the migrants won’t have to worry about their laundry either. It will be washed and folded for them. How nice. 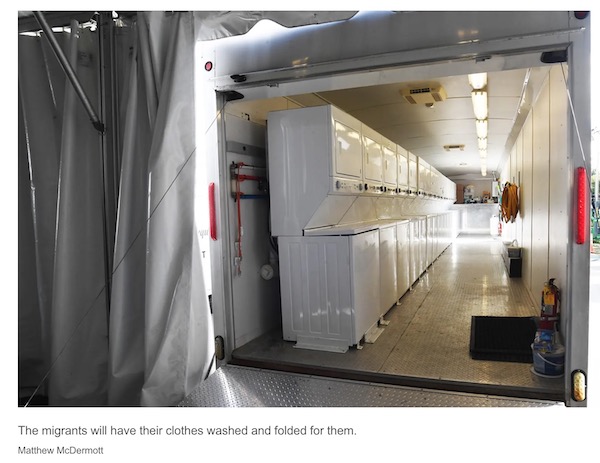 And while migrants in the tent city will have their clothes laundered and folded for them, Hines said shelter residents have to contend with washing machines that “are broken and need constant repair” as they cycle in and out of service. –NY Post

It’s almost as if the Dems are more interested in the spinoff industries and grifts that can crop up surrounding special interest groups than they are in actually serving the interests of people in need.

With five million (and counting) new Americans? The billable hours for lawyers alone will be enough to bankroll God knows how many political campaigns in the future — let alone all the other ways they can cash in… the way whoever got the bid in for those XBoxes did.

Ordinary New Yorkers down on their luck after the double-whammy of Pandemic and Bidenflation?

Sorry to break it to you pal, but to the Democrats, all of you are yesterday’s news.