At ClashDaily, we really don’t give a damn about soccer. But we do enjoy taking a gratuitous swipe at the ‘Old Country’.

Here’s a fitting tribute from our own ClashDaily store (where, if you hurry, you may still get to cash in on some Black Friday Specials available until Midnight Eastern). If you miss out on that, you’ll get a second chance to save on Cyber Monday.

You know what? In the sprit of the event, let’s knock the price of these ‘Suck it England’ shirts down by about 50% and keep it that way for as long as our men’s team is still in contention. (As usual, the discount is applied at the cart.)

Right off the top, any Brits looking to gloat over a win were crying in their beer — unless they saw it in person, where they weren’t even allowed a drink to wash down their disappointment.

The match itself ended in a ‘nil-nil’ draw. In other words, it was like so many pink-haired Hillary-voting spinsters out there: nobody scored.

In most sports enjoyed by Americans (and even our cousins up North) that would be a disappointment. But the favorite sport of globalists is perfectly fine with scoreless ties.

Remember that Rapinoe chick? She would have been horrified and disgusted to see that England bent the knee to BLM, while Team America stood straight, like the free nation we are.

Twitter is fun again, and there were dueling hashtags, depending on whether you believed that tune they played was ‘God Save The King’ or ‘My Country ‘Tis Of Thee’…

There was a lot of fun to be had in throwing shade both ways.

Even at the match itself, Americans made their presence known. They led a spicy chant:

USA fans start a chant vs. England in the World Cup 😂 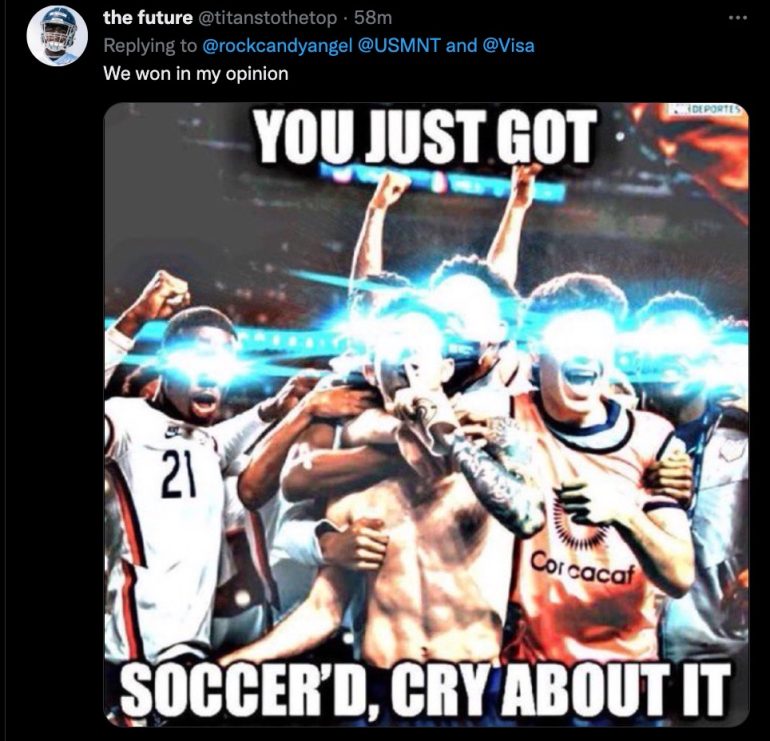 It’s the kind of thing that even brings left and right together for a couple of hours to forget our differences while we chant U-S-A as obnoxiously as we possibly can.

Since we’re back to bending the knee before sports events, here’s a PSA reminder, also from our ClashDaily store: 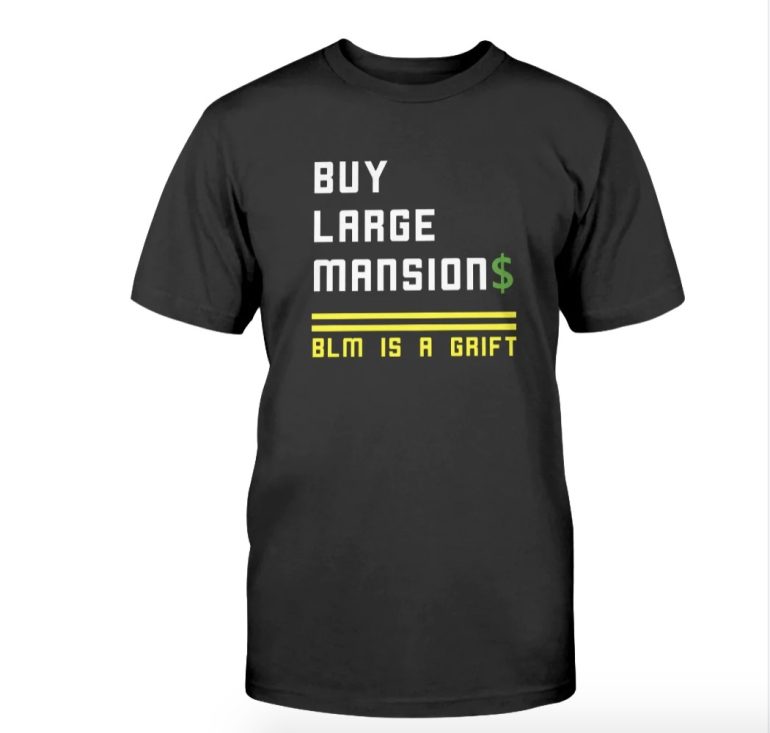 It’s not QUITE as spicy as our Hunter’s Laptop Matters gear, but they’re both more honest than the official 2020 slogan.