This is a fantastic example of understanding the connection between legislation and incentives.

Texans have a problem with people and contraband coming over the border. Cartels are paying good money to anyone willing to help them do it.

Stopping the smugglers will require an incentive strong enough that whatever the cartels are paying, it won’t be worth it.

Texas has a lever they can lean on to make would be smugglers think twice before sneaking an illicit load into their otherwise legitimate trip. It’s been on the books since 2008, but it’s now more relevant than ever.

Laredo Sector Border Patrol Texas Hold’Em Initiative cancels over 800 Commercial Driver’s Licenses (CDLs) since its inception in 2008.
Laredo Sector has cancelled 808 CDLs since the initiative’s inception. Of the 808 cancellations, 605 have been cancelled due to human smuggling cases, and 203 to narcotic smuggling cases. During the 2022 fiscal year, a total of 45 cancellations were submitted and cancelled in cooperation with the Department of Public Safety.
The Texas Hold’ Em initiative uses existing state laws to permanently revoke the Commercial Driver’s License (CDL) of any person who is convicted of felony smuggling transportation charges while operating a commercial motor vehicle. An increase in communication and shared information between law enforcement agencies and transportation stakeholders has proven to be a great success for the program.
Border Patrol agents assigned to the program conduct educational outreach to the transportation industry, freight forwarding agencies, custom brokers, and commercial drivers on a weekly basis. The educational outreach presentations consist of awareness and education which outlines the dangers of human and narcotic smuggling. — CBP (emphasis added)

Whatever a cartel might be willing to pay for a single load of people or contraband cannot possibly offset the total loss of revenue should you get caught — even one time.

If you pay your bills by driving, the serious possibility of losing your livelihood will be a HUGE counterweight to any short-term gain by having a few hundred (or even a few thousand) extra bucks in your pocket.

These are pretty good as stop-gap measures go. But what really need is that big, beautiful wall.

Mega MAGA build the wall blocks are currently half price!

Fun for novelty gifts, for Christmas, or just to put on display so you can annoy that one insufferable lefty in your life who can’t bear to have a conversation without it becoming political. 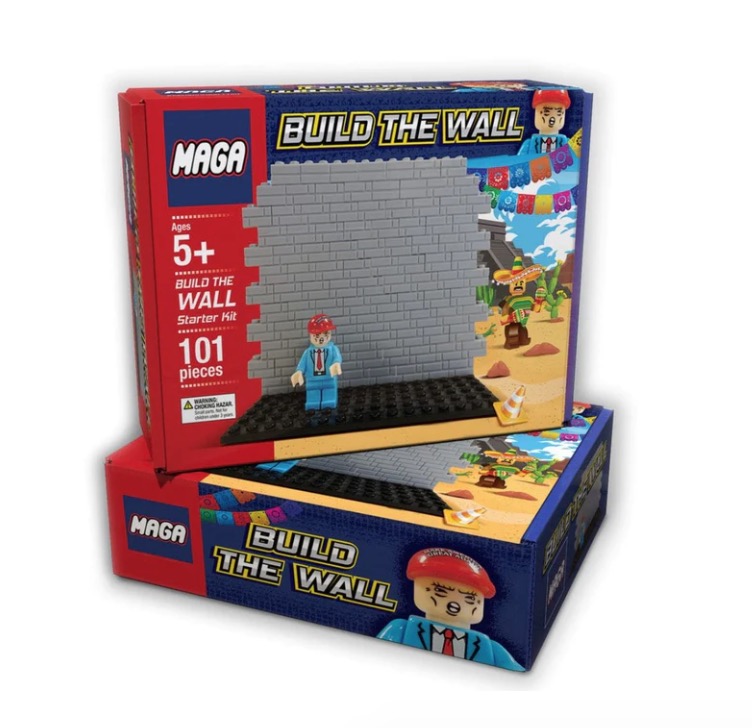