It should have been a job for Captain Obvious, but this rogue official required not one, but TWO direct rulings from a judge.

Regular readers will remember the story of Leigh M Chapman, the ACTING Secretary of the Commonwealth in Pennsylvania blew off a judicial ruling directly impacting her role in overseeing elections.

It had been ruled her state was not to accept ballots that had been disqualified due to address concerns. She decided she was not constrained by that ruling.

Once she said that, the case went straight back to court.

The court spoke to her in language so clear that even SHE could not POSSIBLY misunderstand it.

AND NOW, this 1st day of November, 2022, upon review of the briefs of the parties and amici, the Petitioners’ request for injunctive and declaratory relief is granted in part and denied in part. The Pennsylvania county boards of elections are hereby ORDERED to refrain from counting any absentee and mail-in ballots received for the November 8, 2022 general election that are contained in undated or incorrectly dated outer envelopes.
…We hereby DIRECT that the Pennsylvania county boards of elections segregate and preserve any envelopes. [Emphasis in original]

It’s a ruling so concise that we can include all of the relevant text in two screenshots. 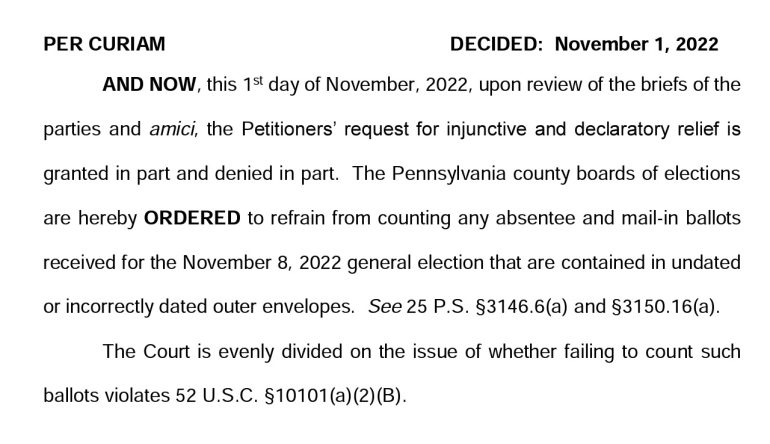 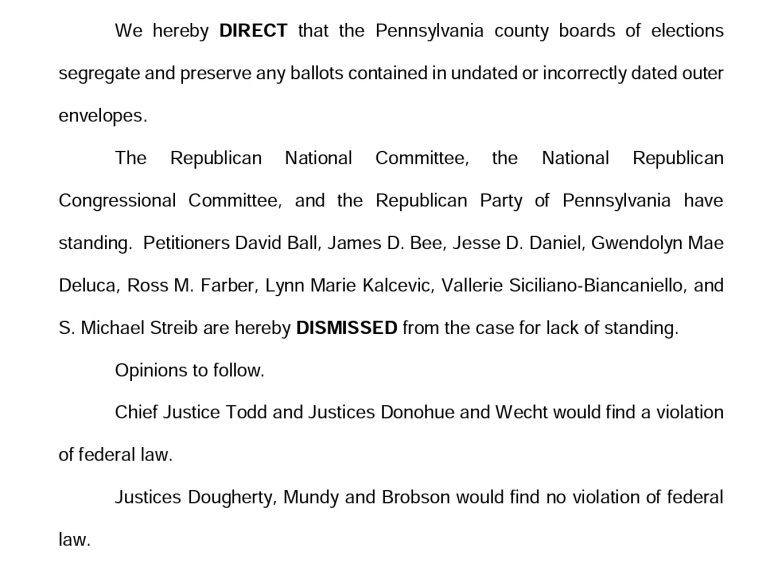 These clowns get caught trying to make up their own election rules, and Democrats are trying to denounce REPUBLICANS as a ‘threat to Democracy’?

No. The Democratic process is MORE secure now.

The better question is — why would anyone oppose a secure election?