Let’s face it, Saturday Night Live isn’t the show that it once was, so you probably missed it.

NBC’s comedy sketch show is known for constantly taking nasty jabs at the right under the guise of “comedy” while mostly giving the left a pass. Jokes targeting Democrats are generally pretty mild. This sketch was no exception.

Really, it’s only notable because they’ve been largely ignoring the comedy gold that is the bumbling, fumbling President of the United States and his cackling sidekick who always seems unprepared for her public addresses.

James Austin Johnson plays President Joe Biden who, though still a bit confused, is more coherent than his real-world counterpart.

In the sketch, “Biden” is addressing the nation about the midterms.

“My fellow Americans, this Tuesday, our midterm elections will determine the fate of our democracy. And let’s just say… big yikes!” begins Johnson lamenting the expected Red Wave.

“We don’t have any stars anymore. Too many Raphael Warnocks and not enough Herschel Walkers,” continues Johnson’s Biden, adding, “Which is why we’re going to make some last-minute changes before Tuesday with the Democrats who are exciting — got that sizzle.”

When even SNL is mocking Dem’s choice of candidates, you know it’s bad.

But the writers at SNL have a point… the candidates that the Democrats are running aren’t exactly that great.

The ones that are currently on the ballot seem to be running on one thing but saying another on the campaign trail.

Marianne Williamson would certainly be a more serious lawmaker than Adam Schiff, even though she’s a bit of a New Age nutbar. Schiff is now saying that Republicans are spreading “The Big Lie” about the 2020 election, but this guy was the one pushing the King Kong of lies about Russian Disinformation.

Adam Schiff is the biggest liar in Congress. pic.twitter.com/mO7VlhO5vH

Adam Schiff has already decided that the Hunter Biden emails story from the NY Post is a Russian disinformation campaign pic.twitter.com/1ryEj27KCP

Guy Fieri would be better than the trainwreck that is John Fetterman.

John Fetterman is not okay. pic.twitter.com/3xiQwiBaT3

Fetterman is asked about previously saying he wanted to eliminate fracking:

Heck, the food that Guy Fieri makes would be a better candidate than John Fetterman.

The real Tekashi 6ix9ine is a terrible person, but at least he isn’t a milquetoast suck-up like Congressman Tim Ryan.

Tim Ryan is committing fraud when he tells people he’s a moderate or an independent.

Here he is saying Democrat Senate leader Chuck Schumer is going to be his “boss” #OHsen pic.twitter.com/pf9OOzztTD

The idea that Azealia Banks could beat Marco Rubio is laughable… but she might actually get a little closer than Rep. Val Demings who is currently lagging by double-digits behind Rubio in the polls.

Here is former cop Val Demings saying that the Defund/Abolish the Police movement in Minneapolis in 2020 was “very thoughtful”.

And we saw how that turned out.

Like Stormy Daniels did by breaking her NDA about an alleged affair with Trump, Governor Gretchen Whitmer tried to capitalize on a single event — a kidnapping plot — to her benefit. However, just like with Stormy’s accusation against Trump, the details are sketchy and not qutie credible. It appears that the kidnapping was an entrapment scheme orchestrated by the FBI, which makes Witmer’s politicization of the plot look about as great as Daniels’ choice of lawyer, Michael Avenatti, made her look.

Whitmer, once seen as a rising star in the Democratic Party, is falling in the polls to newcomer Tudor Dixon who has energized that new voter bloc of concerned parents for addressing their concerns including extended school closures.

During one of the debates, Whitmer said that schools were only closed for 3 months. That was a blatant lie.

Here is Whitmer’s opponent saying that schools were closed for COVID in the Year of Our Lord 2022.

Gretchen Whitmer is so out of touch with what she did to our students, she thought they were locked out for only 3 months. Some were out of the classroom as late as this year and she did nothing. In just 14 days, we can begin to right her wrongs. #VoteDixon pic.twitter.com/h4gUJ5173I

And that doesn’t even cover her jackboot reaction to COVID, her hypocrisy of locking down Michigan while vacationing in Florida, and following then NY Governor Andrew Cuomo’s lead of sticking COVID-positive patients into nursing homes that caused unnecessary deaths.

When Saturday Night Live can select the most absurd figures they can think of in a comedy sketch and they are still better candidates than the ones that are running… Democrats have got a pretty big problem.

Check out the ClashDaily STORE for righteous and rowdy gear for patriots. 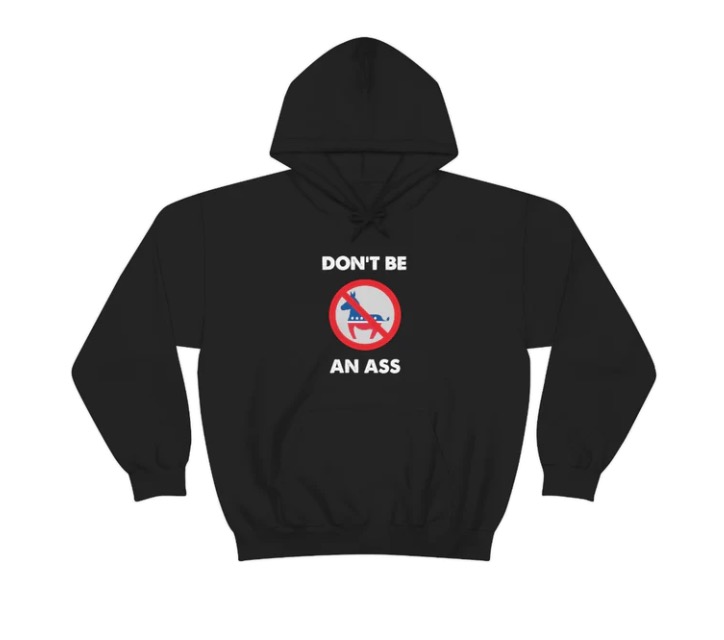