There are many definitions for courage, but surely one of them is doing what you believe to be right even when it is unpopular. John Voight, in that sense, has more courage than almost anyone in Hollywood.

He’s done more than take ‘unpopular stands’. He has taken political positions that would be absolutely career-ending for most people in Hollywood.

But he took his stand rather than hide it or lie because he believes what he believes and he refuses to be bullied into either complicity or silence.

So when he makes an appeal like the one he made on Sunday, he’s not just parroting talking points prepared for him by someone else. This is his heartfelt and considered opinion. This is why people pay attention.

As I write this draft, only about 7 hours after he first posted this video, it is already closing in on 200k views.

Here’s what he says:

It is with great honor that I say God Bless America.

Let us all wish this great land a healing from all the unrighteousness that has taken place. My fellow Americans, we’re in danger of a Third World War.

We as a family of one truth must hear this now. Look at this lie, this deceit that continues day after day. Can you not see this lie? We must all wake up. Wake up, because if we don’t see this lie, this land will die. Die in its beauty. Its freedom. Its opportunity.

It’s supposed to be the land of the free, it’s far from this. It’s a dark web, a dark world, but not for long. Because, my friends, a change is coming and a new light will emerge.

We must all see this truth and allow justice to take place now. You see, the only way we can win these elections is to see the lies deceit and corruption from the left, the media, and the unknowns who know who they are.

Let us all come together and to vote for true justice for all. Let us pray that the one president who understood truths and had the best interest of the American people, the American dream. President Donald Trump will return to the presidency.

He, and only he, can stop this swamp, this deceit, and injustice.

My fellow Americans, wake up. Wake up from this bad dream and bring back life, justice, truth, and the only land that’s meant for dreams of goodness: the land of the free, America, the greatest land, the greatest soil for mankind, the land where heroes fought for their truths.

And this, my friends, is where we must see the truth.

Allow President Trump to rebuild our soil and our land so we can rise to her glory. Much love to you.

If his message resonates with you, check out the merch in our ClashDaily store, especially our Trump-themed gear.

For example, riffing off of that old Reagan ‘shut up Hippie’ gear we’ve got a modernized version: 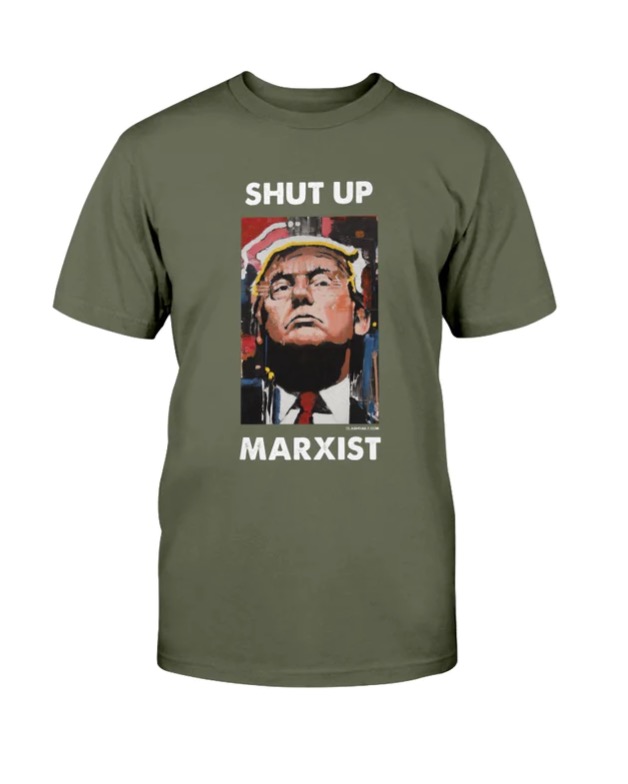