Elections were called for most states on election day itself. But for some voters, the decisions linger. There’s still time to make sure your vote counts!

It’s called ‘vote curing’, and for votes that for some reason have not been accepted in the official totals, there is still time for those who cast them to make corrections that make them count.

In Arizona, vote curing is part of the legal process, as a way to make sure that votes that had some kind of a glitch on them can be corrected and counted. In a down-to-the-wire race, like this one, the curing process might determine who goes on to lead their electorate and who goes home crying.

Charlie Kirk is one of the voices sounding the alarm for Arizona voters whose votes might not be counted unless they check in on the status of the votes they cast.

Arizona voters have until Wednesday, November 16th to make their vote qualify to be counted.

If this is you, there’s still time to have you voice heard at the ballot box.

ARIZONA — Some votes get kicked back. You need to CHECK YOUR BALLOT STATUS NOW:https://t.co/ZMvqDy0OdZ

And then CURE your ballot— the deadline is Wednesday — making sure your vote gets counted 👇🏼 pic.twitter.com/8rOUis8MDO

If you have friends who need to know this, be sure and tell them!

Even if you voted in person, or have already checked your vote status… here’s a reason to look again: 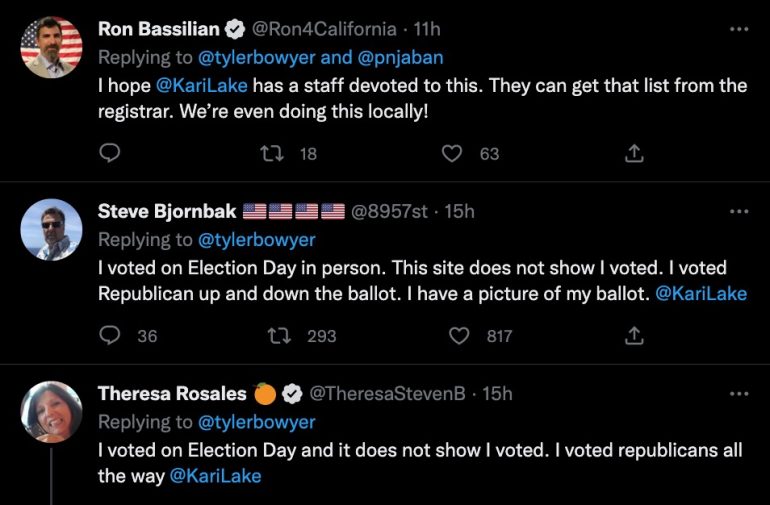 Like so many other contests, this election ain’t over until the fat lady sings.