The left’s ongoing War of Total Annihilation against all things Trump has taken another objective — one that sets dangerous precedents on ANYONE who thinks Americans have a right to run their own business.

The case Letitia James pledged to launch against Trump long before there was any evidence of particular wrongdoing is proceeding to the next stage.

A win for the NY Prosecution

Judge Arthur Engoron ordered the outside watchdog for the Trump Organization as he presides over a lawsuit in which New York Attorney General Letitia James alleges Trump and the company routinely misled banks and others about the value of prized assets, including golf courses and hotels bearing his name.
James’ office says the Trump Organization is continuing to engage in fraud and has taken steps to dodge potential penalties from the lawsuit, such as incorporating a new entity in Delaware named Trump Organization LLC – almost identical to the original company’s name – in September, just before the lawsuit was filed. — WashingtonTimes

So, what does this mean in practical terms? First we see how ‘impartial’ the decision was with a quote in the opening paragraph of the New York Post’s reporting on it. Notice the word ‘further’ in the middle of a direct quote.

A Manhattan judge on Thursday ordered a monitor to oversee business practices of the Trump Organization “to ensure there is no further fraud” amid a sweeping lawsuit against the family real estate business.

The story went on to describe the practical implication of the ruling.

Engoron pointed out the difference between a monitor, which acts as an overseer, and a receiver, whose role is to control. The judge also knocked down as “entirely without merit” the Trump camp’s claims a monitor is akin to “nationalization” of the company.
The monitor will make sure Trump’s side follows the judge’s order to turn over relevant financial information about company’s assets and will be paid for by Trump’s camp, Engoron ruled.
Trump’s side also can’t sell or transfer any of it’s properties without first giving the AG two weeks notice. –NewYorkPost

With his usual flair for understatement, Trump has blasted the decision as being made by a ‘puppet judge’. His team expressed their outrage is somewhat more genteel language.

“Today’s decision sets a dangerous precedent for government interference in private enterprise and is an obvious attempt to influence the outcome of the upcoming election,” a Trump Organization spokesperson said in a separate statement.
Also, Trump’s lawyer Chris Kise said the “New York Attorney General has stretched the bounds of her authority to set a very dangerous precedent.”

A counter-punch from Trump’s legal team

On Wednesday, former President Donald Trump launched a lawsuit against New York Attorney General Letitia James, seeking to halt the Democrat official from imposing restrictions on his business and personal life, and accusing her of embarking on a “relentless, pernicious, public, and unapologetic crusade” against him spanning years.
The lawsuit, filed in Florida’s Fifteenth Judicial Circuit Court, seeks preliminary and permanent injunctive relief against James and her team regarding her actions to obtain documents relating to Trump’s Florida revocable trust.
The 41-page lawsuit outlines years of James’ statements and actions against Trump, his business, and his family, stating that “James’ war of intimidation and harassment on President Trump, his family, his business interests, and his associates is longstanding and continuing. James campaigned for Attorney General on the promise of launching investigations of President Trump before even the pretext of a predicate existed.”
…Trump’s lawsuit claims that James’ move to monitor his business would “jeopardize the more than 1,000 employees that operate these properties and would totally destroy the ‘pipeline’ of future projects not only in the great State of Florida, but throughout the United States, and indeed the world.”
The lawsuit states that James’ attempts to obtain a copy of the Donald J. Trump Revocable Trust would violate his privacy under Article I, Section 23 of the Florida Constitution. — PostMillenial

Is it fair for Trump to treat this as part of a witchhunt to destroy him? Yes. There’s no shortage of evidence.

Having seen their original plan to destroy CANDIDATE Trump fail, the left rolled out their second phase to destroy President-Elect Trump in a document released by Clinton Loyalist David Brock under the name ‘Media Matters War Plan 2017‘. Regular readers will be familiar with that story.

One of the elements of that War Plan was to destroy Trump both in public opinion and in the courts. Here are a couple of screenshots.

Check out the (exclusive!) patriotic Rowdy Rebel swag at our ClashDaily store where we’ve got categories for MAGA, Own the libs, Badass Believers, and original art. 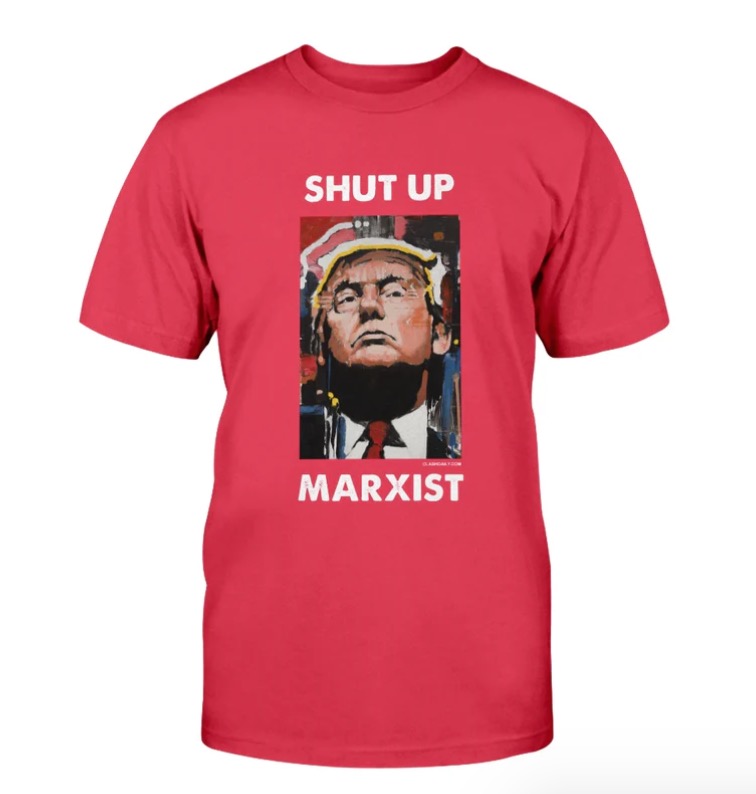