Behind many of the most hardline leftist policies in American politics, you will find big dollar donations that can be traced back to their source: a certain octogenarian billionaire.

But at the mere mention of his name, despite the left’s endless lamentations about the corrupting influence of ‘dark money’, Democrats stand ready with a pre-loaded smear. Such criticisms — whatever facts might be cited to prove the case — are easily deflected by invoking ‘one simple trick’.

You accuse the person raising the issue of having a certain ugly motivation.

It’s a trick that works so well, it’s practically been reduced to an unthinking reflex. But there is ONE way for that standard response to backfire.

Someone named Jack Stern demonstrates for us what that ‘one way’ looks like.

Most of our readers may wonder who the hell Jack Stern is. If you do, that’s ok. We had to look him up too. Jack’s bio calls him a ‘communicator’ at @skdk. Naturally, we looked that up too. Turns out they’re a public relations company. Here’s a screenshot. 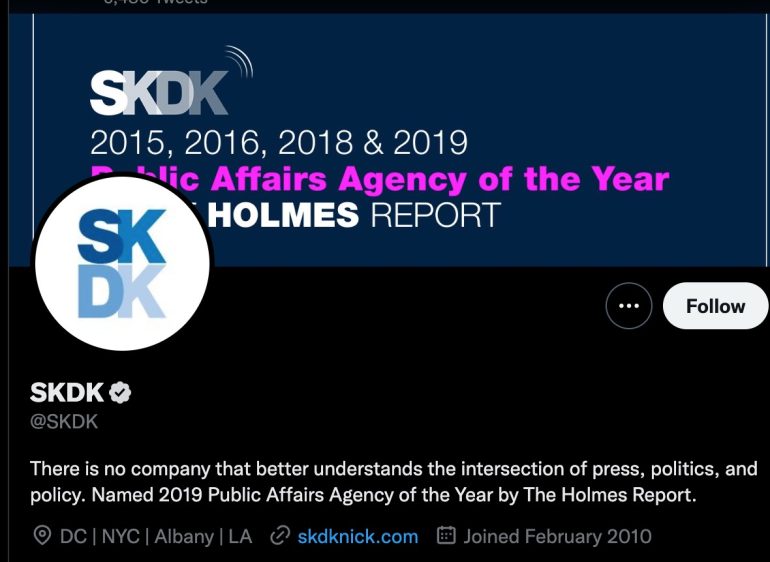 “SKDK knows the issues. Whether you’re changing the conversation around homelessness, passing criminal justice reform legislation or building a mission-driven organization from the ground up, SKDK will create the most effective message and deliver it with a creative punch.”

Now that we know who Jack is, what did he do to screw up the standard deflection any Democrat mouthpiece makes whenever the name Geroge Soros is invoked? 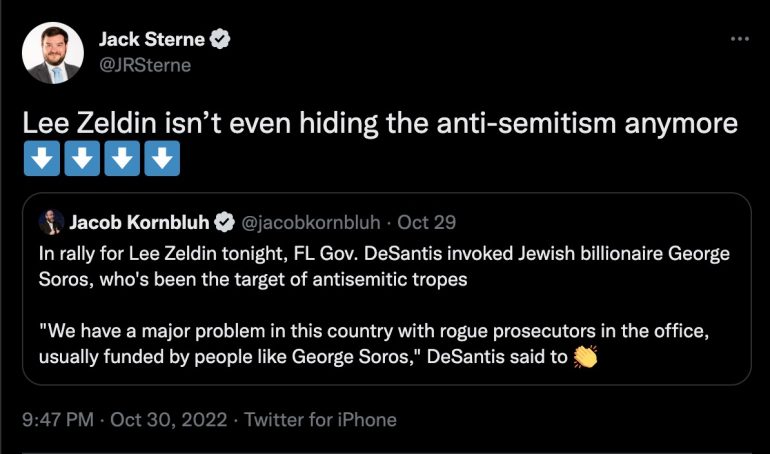 Someone must have explained to Jack that the he was blasting as an anti-semite is actually Jewish because here’s Jack backpedaling in a follow-up tweet the next morning. 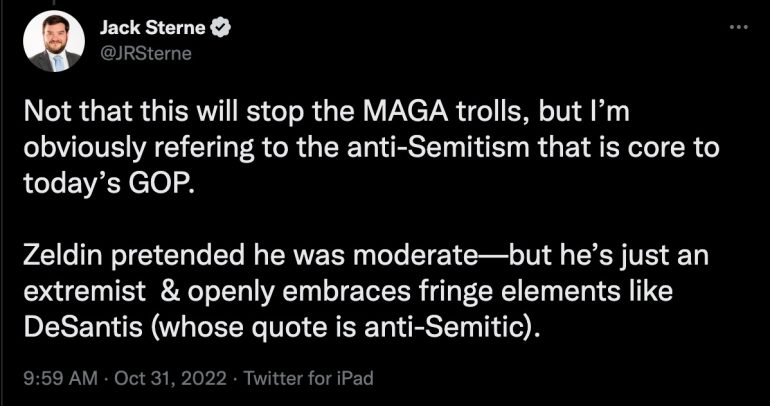 Clearly, fans of our 45th President have it in for Jewish people. Trump moved the Embassy to Jerusalem, and was cheered for it. He appointed his Jewish son-in-law to oversee a peace process that cut the supposedly ‘impossible’ Gordian Knot of Middle East diplomacy by creating the Abraham Accords. But Republicans are anti-Jewish. Pay no attention to Dem calls for systematic boycotts against all things Israel, it’s the REPUBLICANS who have deep anti-jewish biases.

We’re supposed to pretend like Soros never made his wealth by deliberately manipulating currencies and destroying the lives of entire countries so that he could make a quick buck. We’re supposed to forget that he looks back on his time as being a literal Nazi Collaborater in his teens, not as a regrettable period in his life where he was doing what he must to survive, but with an indifference to the harm he personally inflicted on those other Jewish people who he helped send off to the death camps. As we’ve previously reported:

The fact that Democrats hold up criticism of a still-unrepentant Nazi Collaborator as ‘proof’ of right-wing antisemitism shows just how cynical and power-hungry Democrats have become.

That power-hungry party-at-all-costs cynicism is put on full display when you accidentally to call out a JEWISH Republican as anti-Semitic.

And THAT is why we have merch like this ‘Don’t Be An Ass’ shirt in our ever-expanding ClashDaily store. 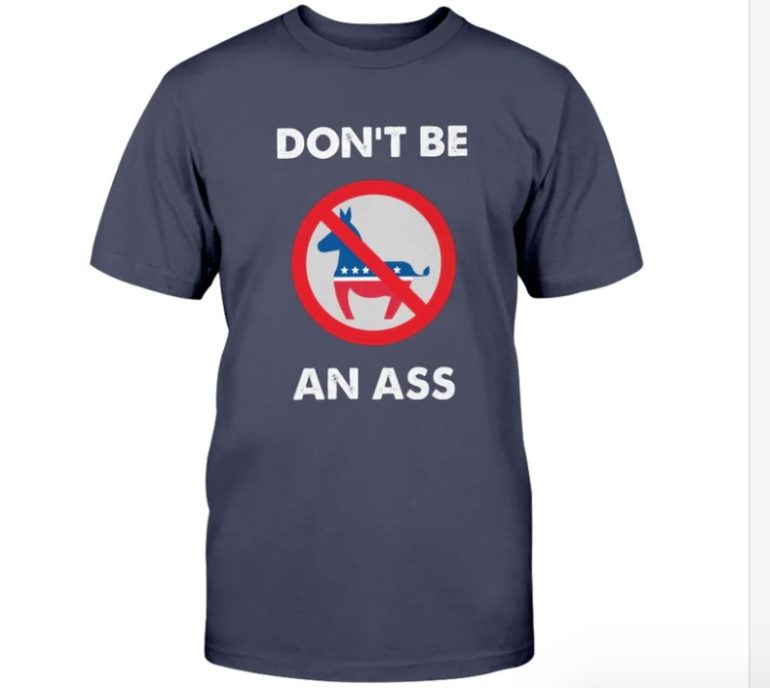