Donald Trump was king of the mean tweets and a top-tier social media troll. Many conservatives loved him for it. But something about this last batch hits different.

What made Trump’s mean tweets funny was the fact that most of the time, Trump didn’t start the fights. He finished them. Most of his beat-downs came in response to a swipe someone took against him. (Which was easy, since there was always someone out there taking a swipe against him.)

Others — like the Little Rocket Man tweet — came in direct response to a specific issue or event.

But with the midterms (mostly) behind us, Trump has been teasing the announcement of his own return to the ring to take back the White House. If the expected announcement comes, it would be the worst-kept secret in Washington.

After the polls closed, Trump let out a social media barrage that many conservatives found surprising or even confusing.

First was an extended series of posts on TruthSocial ripping on Ron DeSantis with the new nickname Trump is using for him ‘desanctimonious’ and taking personal credit for DeSantis’s wins while dismissing Ron’s accomplishments while in office.

Here is part of that barrage: 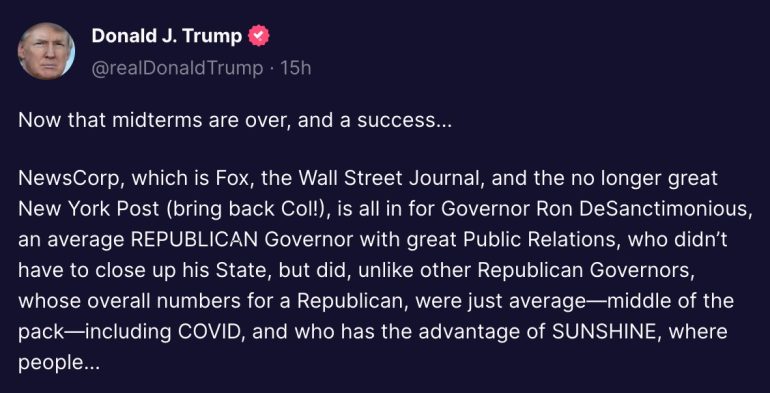 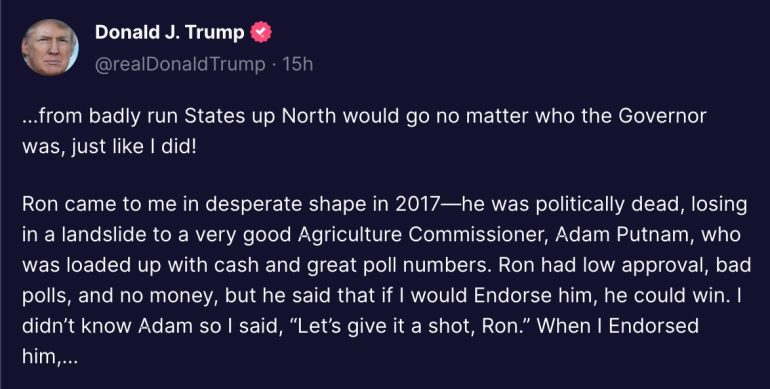 Obviously, Trump is reacting to the New York Post front page stories. One was mocking Trump as ‘Trumpty-Dumpty’ and the next day’s headline was praising De Santis.

Even his post admits that what has Trump rattled was when Ron gave the only possible ‘don’t take the bait’ response to the ‘are you running for President’ question. To give any yes-or-no answer would have taken all the air out of the room for both himself and the other candidates making that final appeal to voters.

Instead of savoring salty tears of EVERY liberal candidate in Florida, or unifying the party in support of Walker’s runoff,  Trump took these things personally and made an effort to pull the spotlight back on himself. 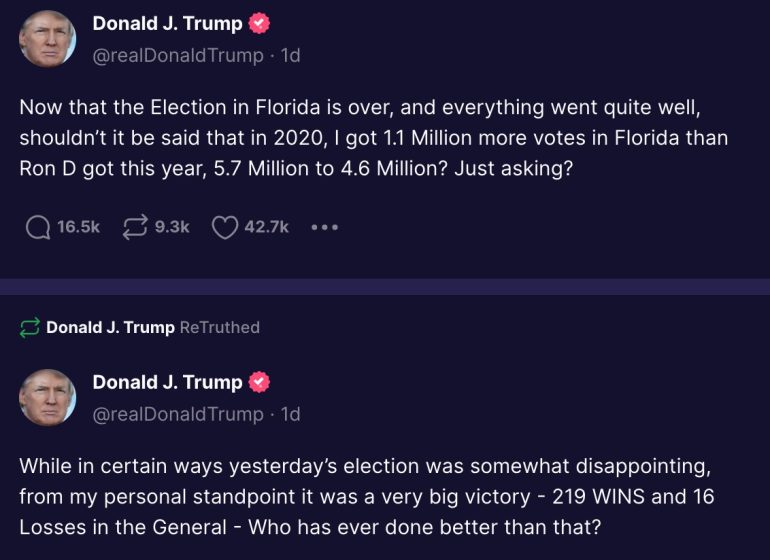 He wasn’t just taking shots at DeSantis, either…

Two other posts that he ‘retruthed’ might give insight into what Trump’s trying to accomplish here:

Clearly, Trump is trying to get back in the spotlight, get back in full fighting form, and get the Battle Royale of the Presidential Primaries underway.

The question is — have these posts helped him or hurt him? Some of the die-hard fans are lapping it up. But what are people who like both Trump AND DeSantis saying?

This tactic may not be working as well as his old-school mean tweets were.

It’s one thing to come out swinging once the competition is declared. It’s a fair fight and everyone knows what’s coming.

But the reaction to this barrage suggests it’s being seen as a sucker punch at the weigh-in, instead of an uppercut in the ring.

If these reactions are tapping into the general mood of the public, Trump may have made a significant unforced error. 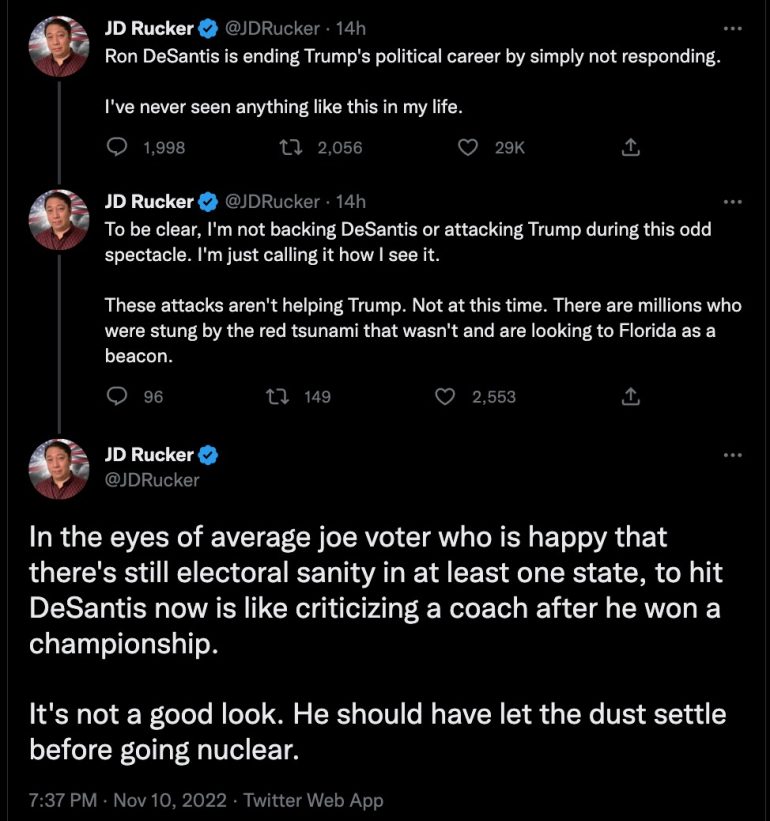 Jesse Kelly was even more blunt in his assessment. 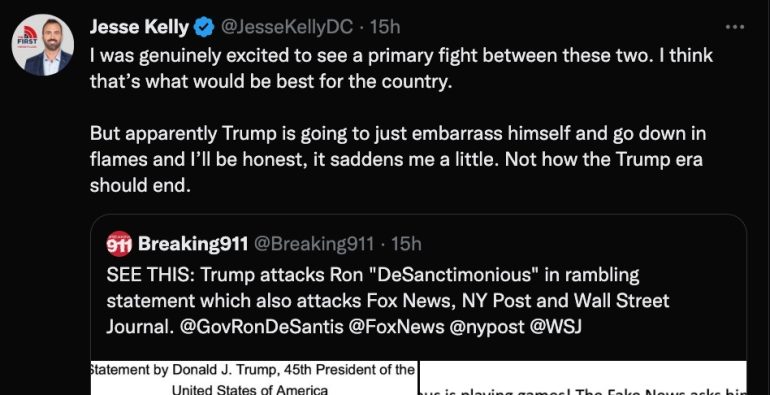 We’re not calling time of death on Trump’s campaign even before it launches. Others have made that mistake before and lived to regret it.

The dustbin of history is littered with opponents who underestimated Trump’s skill in a fight and there’s still plenty of road for Trump to read the room and see whether this has been effective.

The unanswered question is this — will Trump be able to harness the same passions that have done so much to energize his campaigns in the past? Or will they come back and bite him?