The world held its breath after reports of 2 Russian missiles exploding in Poland, killing two people within our NATO ally’s borders. Will this mean World War III?

A senior U.S. intelligence official said Russian missiles crossed into Poland, killing two people, the Associated Press reported on Tuesday.
…Firefighters in Poland said on Tuesday two people died in an explosion in Przewodow, a village in eastern Poland near the border with Ukraine.
…Russia rained missiles on cities across Ukraine on Tuesday in what Ukraine said was the heaviest wave of missile strikes in nearly nine months of war, echoing a pattern in recent weeks of Moscow lashing out far from the front after battlefield losses. — Reuters

Hours after the attack, news programs were pre-empted to allow for a message from the President, sitting around a table with other G20 leaders for an orchestrated photo op. Justin Trudeau sat on his right, and Rishi Sunak on his left. Reporters jostled around him, jockeying for the best position for this historic announcement.

There was a break in the noise. It was time for the questions. And then came the question on everyone’s mind.

Biden called a lid and missed the G20 dinner, called the press pool, and all that happened was he said "no" and then the press got chased out by his handlers.

This is the guy who boasted ‘America’s Back’ just a couple of days ago.

No wonder our ClashDaily store has such a good time taking swipes at this clown:

We’ve got books, novelty items, hats, and (of course) T-shirts like this one. 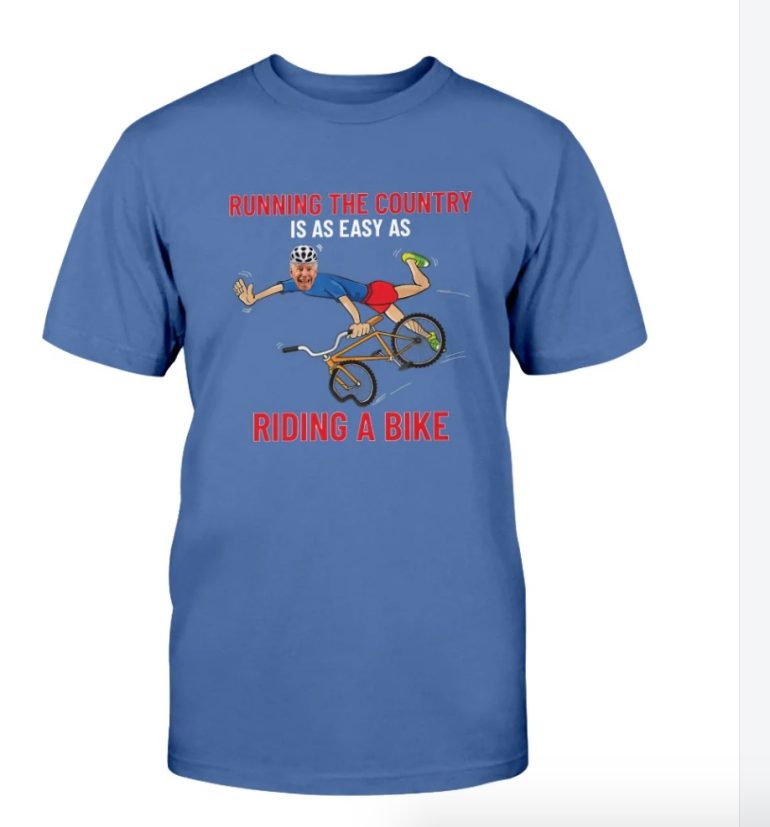