It was one of the key planks in Lt. Col. Allen West’s platform in his run for Governor and now, it is Abbott’s official policy.

Here is the announcement as he made it on social media: 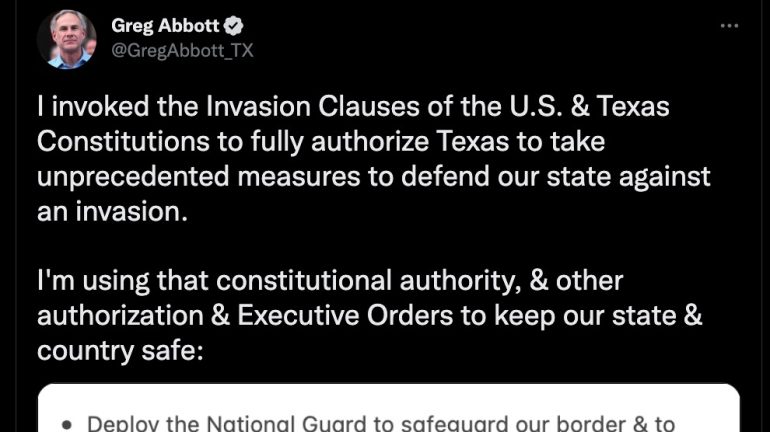 The tweet included a list highlighting past efforts taken by his administration to secure the border, as well as border protection powers that were not unlocked until he declared an invasion: 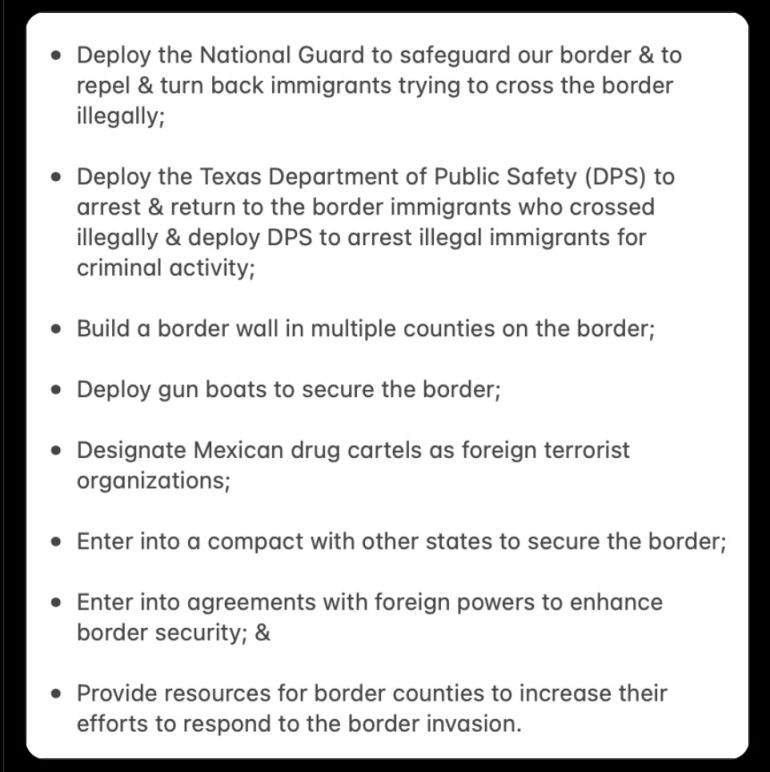 While it’s not immediately clear what steps Abbott means to take, we do know what Allen West had in mind when he cited the same provisions.

On Wednesday, Col. West appeared on Tucker Carlson’s show to talk about the disastrous situation in Del Rio and the porous southern border in general. West laid out several steps he’d take immediately to end the flood of “migrants” crossing the border illegally.

Here’s what he said he’d do:

Tucker says that his “jaw is open” because all of the proposals are so sensible and asks why it hasn’t been done before.Allen West Tells Tucker Carlson How He Would Secure The Texas Border And It Makes PERFECT Sense (VIDEO)

Seizing their finances and properties… including the NGOs who are aiding and abetting them? That’s a ‘Make Mexico pay for it’ vibe if ever we’ve seen one. It could work as an effective deterrent in cutting into the profit margins.

If you find a stash house, seize it. If a vehicle — private or commercial — is carrying illegals, seize it. If charities are helping to facilitate Biden’s trafficking of people from the border to the American interior — you can go after their bank accounts.

In this scenario, 3rd party enablers with think twice before helping Biden execute the plan of carrying people around the country and he’d suddenly find himself stuck with a bottleneck of immigrants that he can’t do anything about.

We look forward to him taking action to stem the flow of people — and drugs — across our border. A sturdy wall, for instance, would be a nice start.

In related news, our ClashDaily store has this toy set featured on discount. 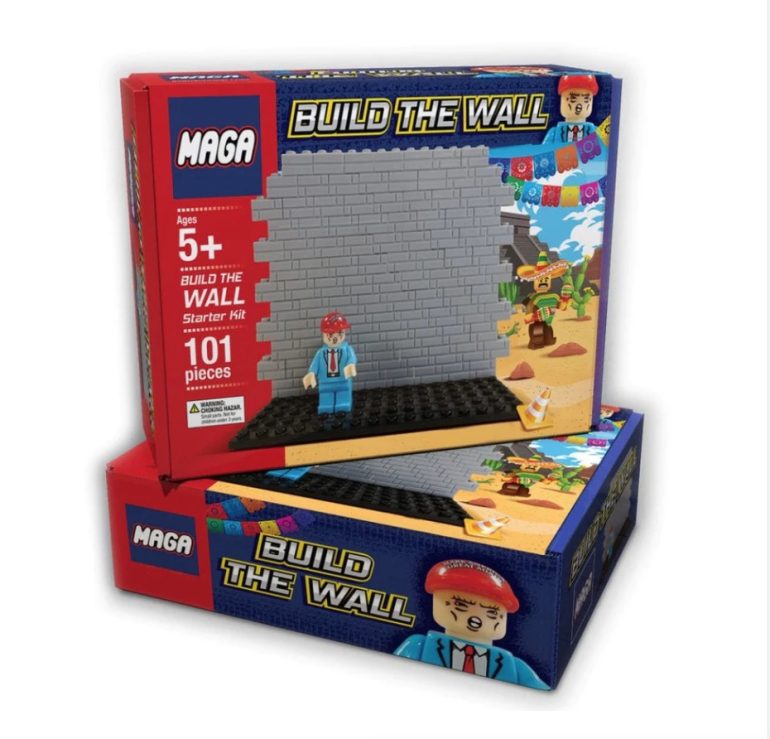 There’s all kinds of other merch in the Clashdaily Store too — including some Trump MAGA swag — with new products being introduced all the time.