It’s hardly ‘breaking news’ that Adam Schiff is about as greasy and dishonest a political swamp critter as can be found in DC. But lack of accountability is making him shockingly brazen… even for him.

With Donald Trump already a declared candidate for the Republican presidential primaries, what Schiff just proposed is not only the kind of election interference he claims to oppose — but an obvious violation of the First Amendment.

Between the Twitter Files dump exposing these secret dealings and the Missouri lawsuit against Big Tech censorship and government collusion, you might think Schiff would be more sensitive to such issues.

That would be making the mistake of confusing cold, reptilian cunning with wisdom or intellect. The former he has in spades. The latter? Eh, not so much.

He came to prominence by endlessly spouting unfounded accusations against Trump, and using the cloak of his access to classified information to make it appear that he was ‘in the know’ but regrettably, was not at liberty to explain the details.

Of course, long after his lies had poured into the public consciousness, they were eventually disproven — usually by Nunes. But by then, those lies had served their purpose and the damage was done.

Now he is wiping his feet (or something worse) on the First Amendment itself in his eagerness to deal the killing blow to Trump’s career.

While sitting in an illegitmate committee, working the angles to gin up criminal charges against his enemies out of information gained in an investigation that no criminal investigation would have been constitutionally permitted to subpoena, he drops this tweet:

The First Amendment specifically forbids the government from silencing citizens… even if your name happens to be Adam Schiff.

He got dragged for it. Badly. 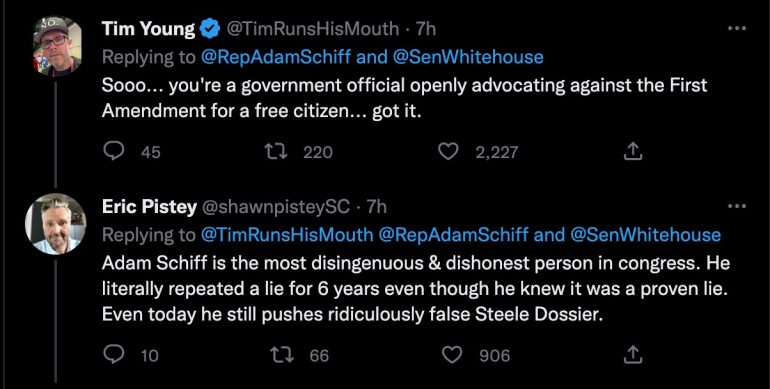 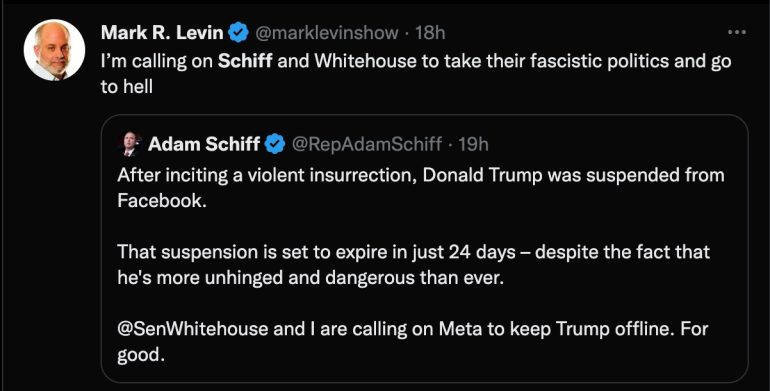 Levin wasn’t just blindly throwing around words like fascism. An essay explaining fascism long before it became a fashionable buzzword to throw around at political opponents made this relevant point: 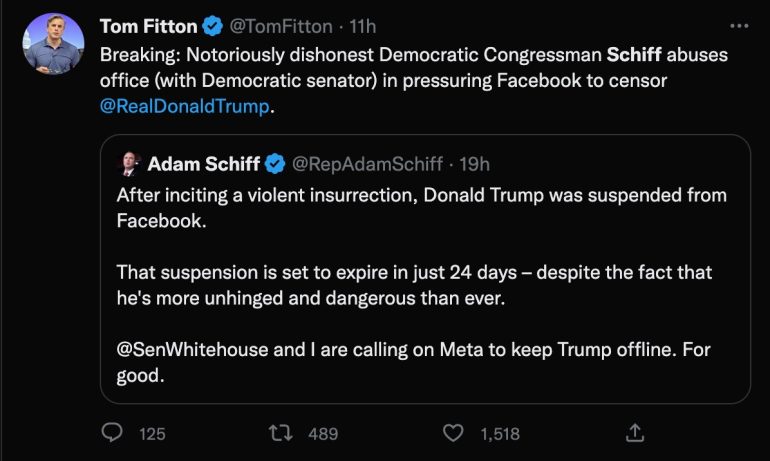 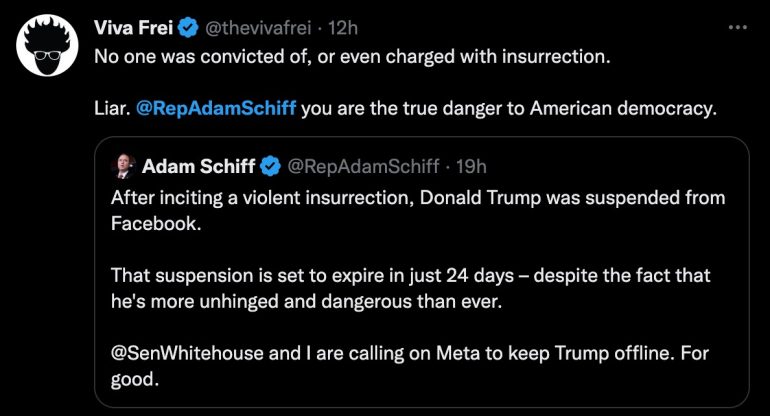 In related news… you don’t have to be a right-wing partisan to think Schiff is a disgusting lying hack. 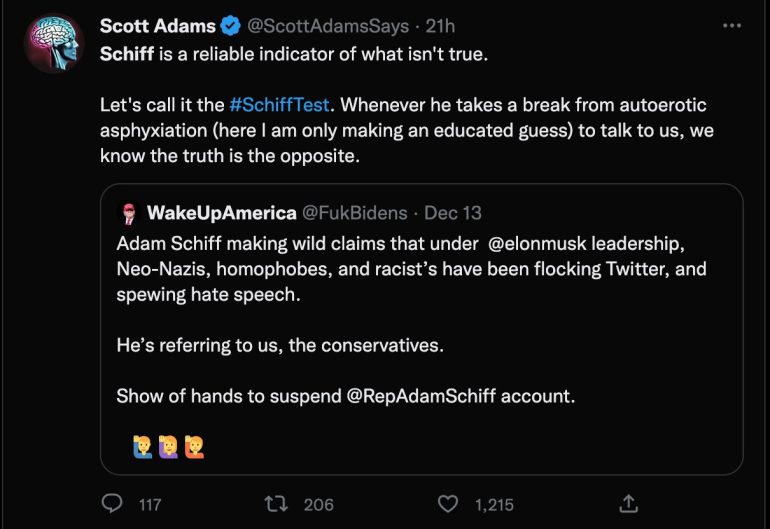 For reference: here are a few of Schiff’s more egregious contributions to the news cycle, in no particular order…