[CLICK TO BROWSE]
Maybe they should’ve just secured the border in the first place.

For two years, we have repeatedly been told that the crisis at the border isn’t a crisis, surges are not surges, that allowing people to pay cartels to help them skirt U.S. immigration laws is “humane” and that Border Czar Harris didn’t need to actually go to the Southern Border because she did need to go to Central and South America to search for the “root causes” of migration.

Hey, Kamala… The root cause is that this administration isn’t really enforcing immigration law against people fraudulently claiming asylum.

So, where are we now?

Record waves of migrants crossing monthly and more waiting at the border until Title 42 lapses on December 21, and they can flood in without any real concern that they’ll be sent back.

At the border in El Paso where well over a thousand migrants are awaiting entry to the United States. Some have started fires to keep warm as the temperatures are expected to drop below freezing tonight. @FoxNews pic.twitter.com/6A2GrohmAj

Axios reports that the expectation is that the surge in illegal border crossings could hit as high as 14,000 migrants per day.

WATCH: Fox News’ @BillFOXLA has new figures on the impact of the impending termination of Title 42 asylum rules: “A source tells Fox the DHS is projecting there will be between 9,000 and 15,000 illegal crossings every single day. Right now we’re averaging 7,000 per day.” pic.twitter.com/G8QxmdMs4O

The Biden administration is considering a new rule that would ban asylum seekers from entering the country for 5 months — even if they crossed at a legal point of entry if they lacked proper authorization to enter.

“The consideration of a drastic move such as automatically rejecting people from asylum — similar to efforts under the Trump administration — is a sign of just how concerned top Biden officials are about the situation at the U.S.-Mexico border,” states Axios.

That’s got to really stick in their craw — the situation is so bad that the Biden admin has to use those allegedly “inhumane” Trump-era policies.

No final decision has been made on whether to implement the rule, which would drastically limit a migrant’s ability to apply for asylum in the US, the sources added.
Under the draft rule, migrants would be deemed ineligible for asylum in the US unless they applied for a legal pathway into the US, sought protection in another country en route to the US, or are facing extreme circumstances.
The White House wouldn’t comment on the possible policy change, instead pointing to a Dec. 2 statement from press secretary Karine Jean-Pierre that said “no such decisions have been made.”

The NY Post reports, “A record 2.4 million migrants were stopped at the US-Mexico border in the fiscal year that ended Sept. 30 — a 37% surge from a year earlier, according to the latest Border Patrol data.”

That is more than the entire population of the fourth largest city in the U.S. — Houston, Texas, which has approximately 2.28 million residents.

That’s peanuts to what is coming.

And it’s not just that people are violating immigration law, it’s all the other stuff that goes with it, like human trafficking, illicit drugs like fentanyl, gun smuggling, and God alone knows what else.

It’s not “humane” to let that continue no matter what the talking heads in the Biden admin say.

Besides, all they do is lie.

They won’t admit that there’s a crisis at all.

The Biden administration wants you to believe the border is “secure.”

But Biden’s doing a bang-up job, isn’t he?

Check out our “Running The Country Is As Easy As Riding A Bike” shirt: 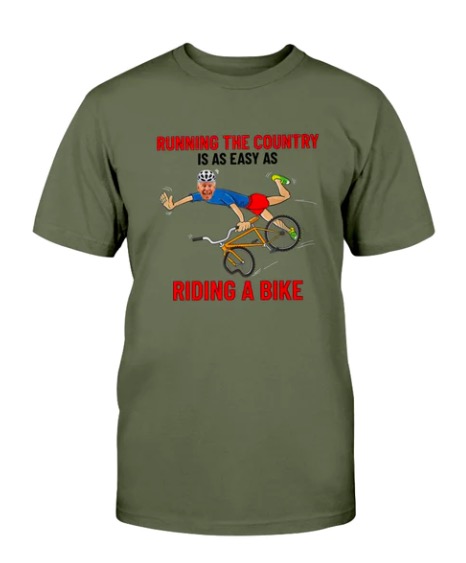 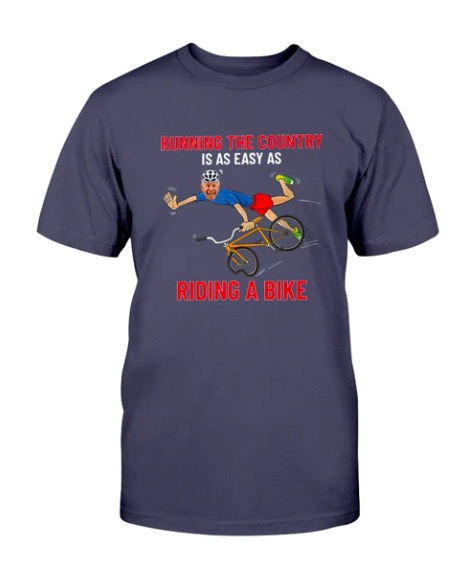 Check out more Righteous & Rowdy merch in the ClashDaily store. Your purchases help keep the lights on and avoid those annoying paywalls.