The Biden-Harris administration said that they wanted a “more humane” border policy, but what they’re actually doing is turning a blind eye to what is essentially child slavery.

Part 2 of Project Veritas’s investigation on unaccompanied minors crossing into the country illegally focuses on the labor trafficking and financial exploitation of children by the cartels that bring them across the border.

ClashDaily reported on the disturbing first part of the exposé here:

Project Veritas conducted a 9-month investigation on the conditions of some of the unaccompanied minors brought into the United States after Tara Lee Rodas of the Council of the Inspectors General on Integrity & Efficiency blew the whistle on the failure of the U.S. Department of Health & Human Services to protect these children crossing into the country illegally.

The investigation exposed Social Security fraud as well as immigration fraud, violation of labor laws, and the exploitation of teens and young adults forced to drop out of school and work to pay off their debt to the cartels.

“Anyone who is recruiting and transporting minors for the purpose of labor — that is trafficking. That is a federal offense,” said Rodas.

Frander, 20, a male migrant who said that he came into the country illegally when he was 16 and that he cannot legally work in the U.S., but after he was forced to pay $150 for “a small piece of paper that you get to be able to apply for jobs” he is now able to work. That “small piece of paper” is a Social Security Card that he says was “delivered” to him.

Despite the steep $3,000 “fee” for his sponsor — which is in addition to the cost he owes for the illegal crossing — Frander says that he never lived with his sponsor.

A 15-year-old female migrant said that she has dropped out of school to work at a restaurant to pay off the thousands of dollars she owes to the cartel for smuggling her into the country.

“When I got here [to the United States], I began studying, and then working. I went to school for six months. From a year ago, I began working… I go in [to work] at 4pm and get out at 2am,” she said.

These late hours violate both Florida and Texas labor laws that have rules on when minors can work.

The teen also says that she drives herself to work despite being just 15.

Another underage migrant says that he works “wherever they [the cartels] take you.”

Yet another minor explains that “the government” paid for his flight from the border to Florida.

Like in Part 1 of the exposé, Part 2 shows younger children who don’t know their own age or date of birth.

“I think most people believe, and I originally thought, that sponsors were families because HHS says, ‘We’re reuniting children with their families.’ In fact, that’s not the case,” said Rodas.

“This is a terrible thing, and then you look at some of these children who are teenagers, who’ve never been to school, can’t read, can’t write. It’s a very wicked thing to take advantage of these children,” she said.

Jessica Vaughn, Director of Policy Studies at the Center for Immigration Studies said that this labor trafficking of children is “cruel and exploitative, and it’s creating the conditions of slavery again in our country.”

Vaughn blasted the Biden administration for being in denial about the consequences of their policies and clinging to the belief that they’re reuniting families and protecting children when their policies are actually “incentivizing” and “enabling the trafficking of kids.”

In the video, Rodas explains how traffickers are able to sponsor a number of children at a time.

The Corporate Media bleeding hearts were ranting with their hair on fire about the “cruel” border poliicies during the Trump administration, but we’ve got a whistleblower exposing the labor and sex trafficking of children that is ignored by the Biden administration and… crickets.

The cartels are breaking a number of laws to bring these kids into the country and even more to exploit them once they’re here.

Until the Democrats denounce this and insist that we take back control of the border, they just need to shut up about their “humane” border policies because they’re not humane at all.

We need to start calling out the Open Borders-Amnesty Democrats for facilitating child slavery and exploitation.

It’s actually more compassionate to build a Big, Beautiful Wall and end the cartel control of the border than to let desperate people pay thousands of dollars for the privilege of putting their lives — or their children’s lives — in the hands of criminal cartels that exploit, traffick, and rape them. 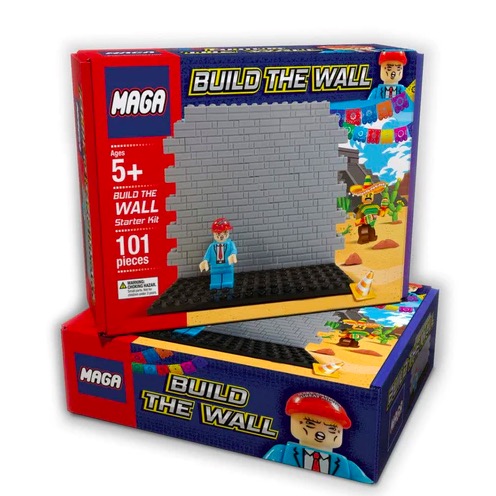