She was an off-duty flight attendant, jumping between cities before her next shift when her plan to use the preferential screening protocols to bypass security hit a snag.

Hopping a flight from San Diego to Dallas, TSA diverted Dallas resident, Terese L. White, 41, out of the Known Crew Member line to go through standard security protocols. It didn’t take them long for them to find the 3 lbs of fentanyl taped to her abdomen.

According to the complaint filed against her, she set off a walk-through metal detector and a body scanner, which alerted TSA officers to her abdomen.
Packages containing fentanyl were found taped to her. The complaint alleges she told police the packages were “not what you think” and that a co-worker had given her a “mercury pack” to wear for weight loss.
“Drug traffickers use air, land and sea for personal gain, putting people’s lives in danger,” DEA Special Agent in Charge Shelly Howe said in a statement released by prosecutors on Friday. “We will continue the great work with our partners to bring traffickers to justice and keep our community safe.” — NBC SanDiego

The crime for which she pled guilty carries a maximum sentence of 20 years in prison.

Reportedly, most fentanyl coming into the country is manufactured in Mexico by using precursor chemicals made in Mexico.

Imagine how different this situation would be if we had both a completed wall and a president willing to secure our border.

This seems like a good opportunity to remind our readers that the Clashdaily Store has a variety of products — hats, shirts, books and gifts — that help keep the lights on without putting up annoying paywalls.

They include items relevant to the story above — like this ‘build the wall’ building block set. (At the time of this writing, it is 50% off.) 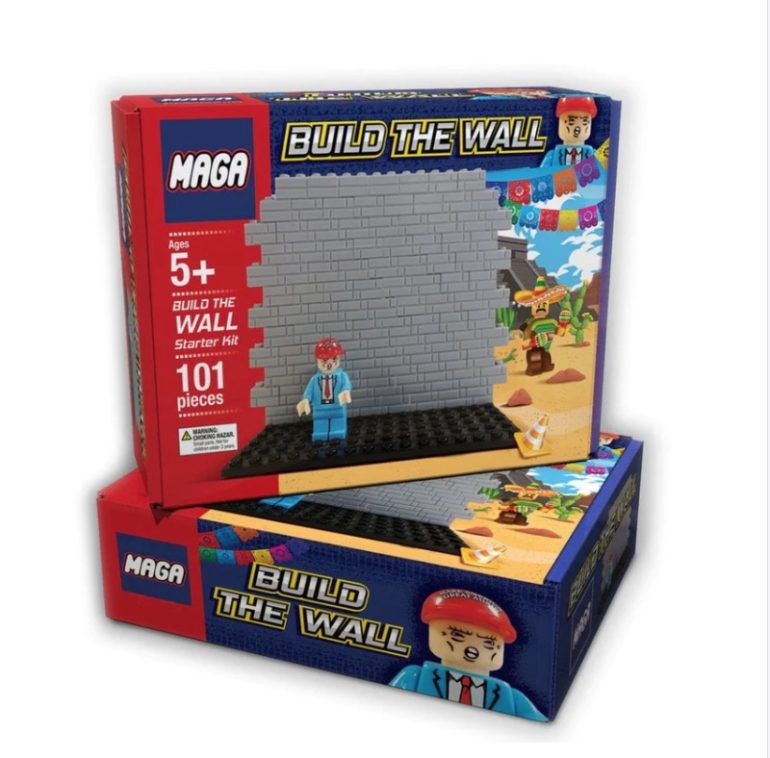