Looks like Trump was right yet again. This time it’s about his warnings to steer clear of TikTok.

In August of 2020, Trump issued an Executive order that you may or may not remember. Here’s the meat of that order:

I, DONALD J. TRUMP, President of the United States of America, find that additional steps must be taken to deal with the national emergency with respect to the information and communications technology and services supply chain declared in Executive Order 13873 of May 15, 2019…Specifically, the spread in the United States of mobile applications developed and owned by companies in the People’s Republic of China (China) continues to threaten the national security, foreign policy, and economy of the United States. At this time, action must be taken to address the threat posed by one mobile application in particular, TikTok.
TikTok, a video-sharing mobile application owned by the Chinese company ByteDance Ltd., has reportedly been downloaded over 175 million times in the United States and over one billion times globally. TikTok automatically captures vast swaths of information from its users, including Internet and other network activity information such as location data and browsing and search histories. This data collection threatens to allow the Chinese Communist Party access to Americans’ personal and proprietary information — potentially allowing China to track the locations of Federal employees and contractors, build dossiers of personal information for blackmail, and conduct corporate espionage.

Less than a year later, in June of 2021, Joe Biden made the news by rescinding that same order. 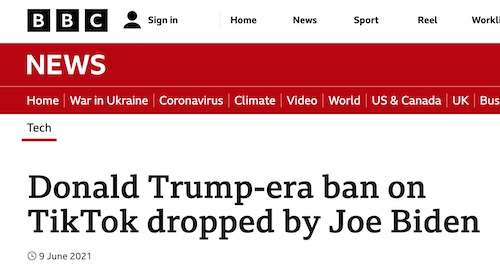 More than that, Joe’s administration actively courted various TikTok influencers, inviting several to the White House. And who can forget that cringe-y TikTok video shot by the creepy guy with ridiculous glamour nails working with Jen Psaki. 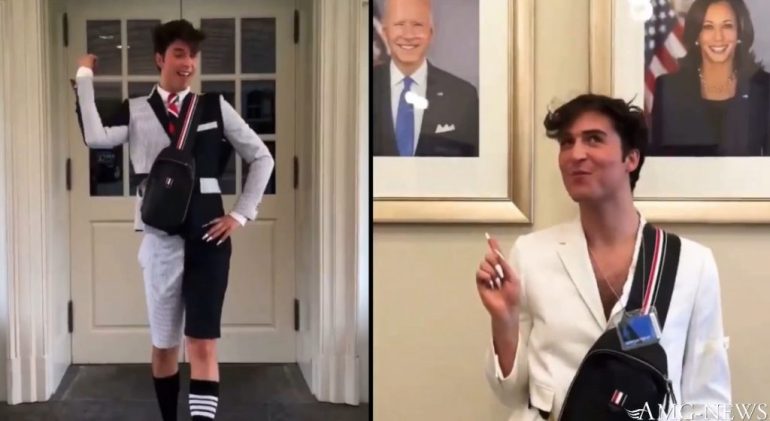 After Elon Musk purchased Twitter and reversed all the rules that gave the left carte blanche while shutting down all who disagreed with them for slights both real and imagined, journalists have turned on their once-beloved maker of status-symbol electric cars.

When the car Musk’s son was riding in was attacked by some whackjob, suddenly the threat associated with the real-time tracking of the movements of his private plane (using sophisticated means not available to the ordinary public) became more than just theoretical.

The Twitter account that tracked his plane was suspended. Activist journalists bypassed that suspension by taking it from the source and posting the real-time location of Musk on their own accounts. The handful of journalists who did so were suspended… and furious about it.

It even got its own cutesy name: the Thursday Night Massacre. (We notice that the great purge of Conservatives from Twitter after Trump was dumped never got any such names.

Nor did the Facebook purge of Conservatives (including ourselves) back in 2018. But the special people got hurt and offended. So this got a name. 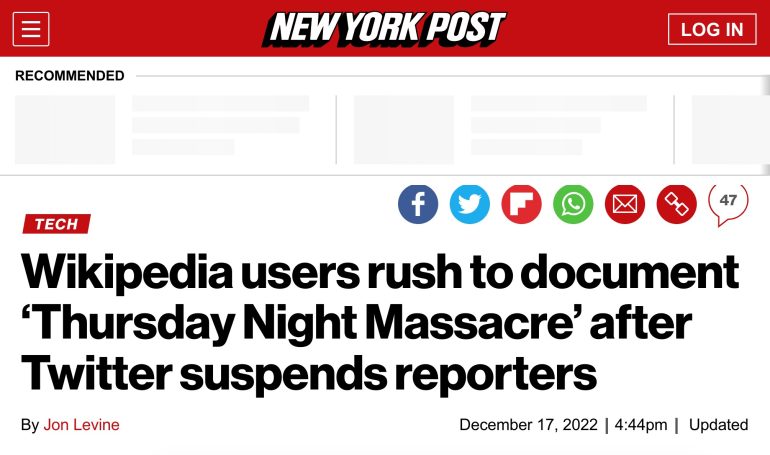 Meanwhile… some of those offended journalists were moving to TikTok… 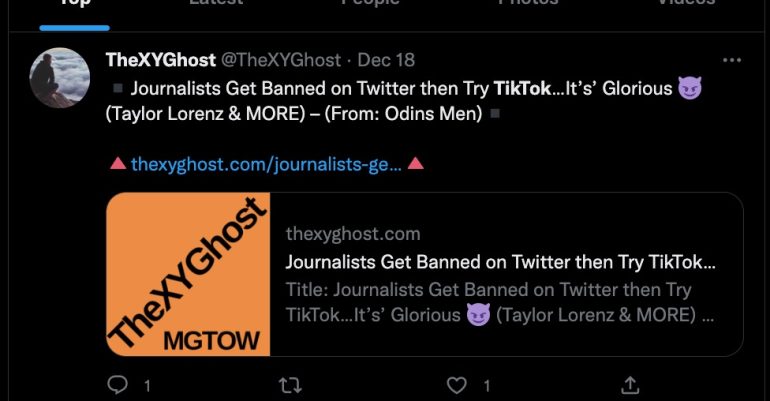 A CCP-controlled social media curator in which an increasing number of people are getting their news. Or we should say ‘news’, since it’s curated to contain only what China’s Communist Party deems acceptable. 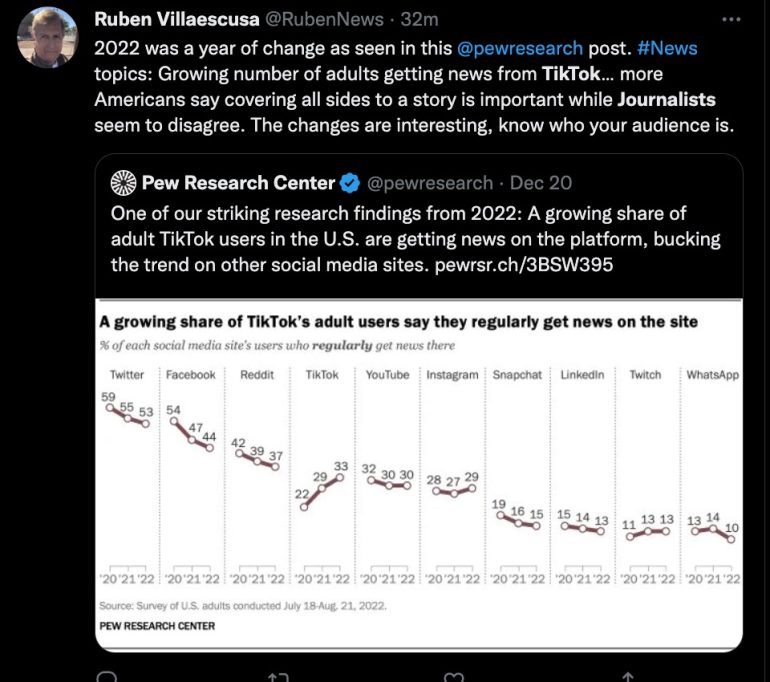 TikTok is the only one tending up. There’s a problem with people piling onto TikTok

ByteDance, the China-based parent company of TikTok, said on Thursday that an internal investigation found that employees had inappropriately obtained the data of U.S. TikTok users, including two reporters.
Over the summer, a few employees on a ByteDance team responsible for monitoring employee conduct tried to find the sources of suspected leaks of internal conversations and business documents to journalists. In doing so, the employees gained access the IP addresses and other data of two reporters and a small number of people connected to the reporters via their TikTok accounts. They were trying to determine if those individuals were in the same proximity of ByteDance employees, according to the company, which added that the efforts failed to find any leaks.
The investigation was initiated after an article was published by Forbes, and the inquiry confirms part of that report and acknowledges the privacy and security risks associated with TikTok that U.S. lawmakers, state governors and the Trump and Biden administrations have raised for more than two years. More than a dozen states have banned TikTok from government-issued devices, and the company has been in prolonged negotiations with the administration on security and privacy measures that would block any potential access of U.S. user data by ByteDance and the Chinese government. –NYTimes

Even though the left’s own beloved NYTimes reported on the direct affront TikTok has been in stealing journalists’ private information and user data the left are shockingly silent about it. There’s no buzz even remotely equivalent to ‘Thursday Night Massacre’. In fact, it’s crickets.

TikTok doesn’t even seem to be trending.

And if that were’t enough, Bytedance is launching a whole new kind of software the CCP can use to scoop up even more data.

If you have TikTok, immediately delete it.

And then get a new phone. pic.twitter.com/bqywImk1ww