If the trend continues, that’s 2.9 million in one year. No matter what the Open Borders crowd says — that is not sustainable.

The U.S. is not a serious country if it doesn’t start securing the border and enforcing the immigration laws already on the books.

Fox News Border correspondent Bill Melugin reported the news on Twitter in a tweet, “NEW: The Chief of U.S. Border Patrol reports there have been over 16,000 migrant encounters at the border in the last 48 hours. That’s an average of 8,000 per day. Former Obama DHS Secretary Jeh Johnson once said 1,000 in a day would be a ‘crisis’. We are 8x that right now.”

NEW: The Chief of U.S. Border Patrol reports there have been over 16,000 migrant encounters at the border in the last 48 hours.
That’s an average of 8,000 per day.

Former Obama DHS Secretary Jeh Johnson once said 1,000 in a day would be a “crisis”.

We are 8x that right now.

Melugin has been working tirelessly to cover what’s going on at the border while other news organizations simply ignore it.

From the other national networks? I can count on one hand the amount of times I’ve seen them down here in my 19 months of covering this.

The numbers shouldn’t be much of a surprise — it seems to be consistent with the massive crowds he is filming in the El Paso sector alone.

This caravan of nearly 20 migrant buses was escorted by Mexican police into Ciudad Juarez before they crossed en masse into El Paso, TX. Thread below. @FoxNews https://t.co/qQGJiq9DQ7

Fox News has obtained footage showing the moment a migrant caravan with more than 1,000 people crossed over the U.S.-Mexico border into El Paso, Texas.
The video, taken Sunday night, comes as U.S. Customs and Border Protection sources said Monday that its El Paso sector has seen 2,397 migrant encounters in the last 24 hours alone.
The city of El Paso has a dashboard that reports Border Patrol in that sector currently has around 5,100 migrants in custody.
Officials have started mass releases of several hundred migrants to El Paso city streets.
Source: Fox News

Before this mass of migrants crossed, Mexican police escorted nearly 20 buses full of migrants into Ciudad Juarez, the MX city across from El Paso, and released them at multiple NGOs. The migrants then walked from the NGOs to the river, & crossed illegally into El Paso. @FoxNews pic.twitter.com/KgE2HUVbej

More video of this mass crossing in El Paso, which is still underway, from local media outlet @elpasomatters. https://t.co/bp6vN0qxf7

And remember, each one of the people you see in these videos represents at least six thousand dollars in the pocket of criminal cartels and sometimes many times more than that.

Each person Democrats throw open their arms to in mock shows of compassion tightens the stranglehold that criminal cartels have over our neighbor to the south.

These policies have real-world consequences. If the promise of a permanent one-party majority that drives this push for open borders and amnesty has blinded Democrats to the negative consequences these policies will have on America … then what about the impact they are having on Mexico?

Every soul that crosses the border makes the criminal cartels stronger.

Since elected Democrats roll their eyes at that fact… let’s show them another one. The consequence of the first one:

If you were to see a list of the ten or even fifty cities in the world with the highest murder rates, how many would you expect to find in a single country… let alone a single country in the Western Hemisphere?

You might want to sit down to read this part. Because the statistics will most likely shock you.

Of the world’s ten most violent cities in the world, as measured by murders per capita, Mexico has four of the top five spots. 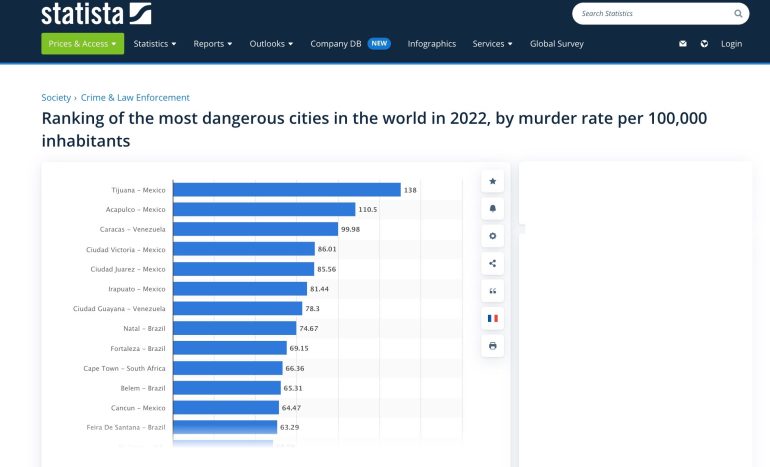 To help wrap your head around impossible numbers, here is a list of the top 50 or so cities, with Mexican cities marked in red. 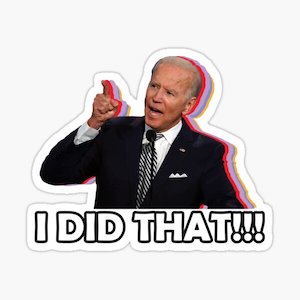 Yeah, Joe.
We know you did.