When George Washington, as commander-in-chief, commissioned six ships to sail under his command, they flew an unusual flag with a significant message.

Maybe you have seen it. The message was ‘an appeal to heaven’ and the flags looked something like this: 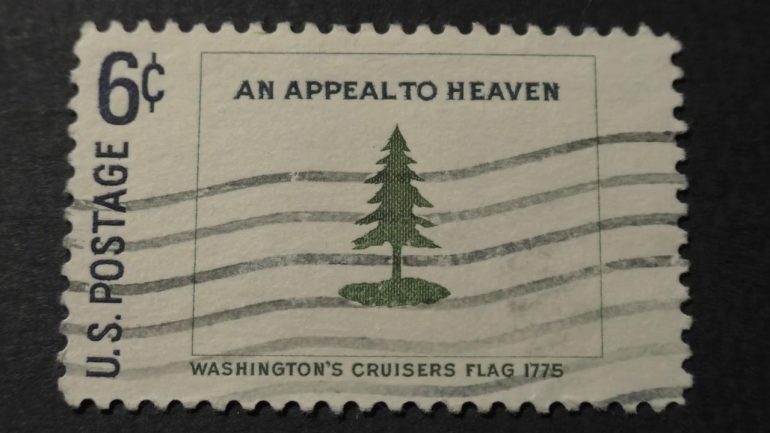 There are a number of variations, with very different depictions of the tree itself. But the message remains the same: ‘an appeal to heaven’. There is a reason for that.

It was a reference to Locke’s Second Treatise of Civil Government, in which Locke made the case that human institutions are designed with the purpose that they should uphold justice, but sometimes, they will fail in their duty to oppose tyranny.

In such a case, there is still one place for people to turn: an appeal to heaven.

“And where the body of the people, or any single man, is deprived of their right, or is under the exercise of a power without right, and have no appeal on earth, then they have a liberty to appeal to heaven, whenever they judge the cause of sufficient moment. And therefore, though the people cannot be judge, so as to have, by the constitution of that society, any superior power, to determine and give effective sentence in the case; yet they have, by a law antecedent and paramount to all positive laws of men, reserved that ultimate determination to themselves which belongs to all mankind, where there lies no appeal on earth, viz. to judge, whether they have just cause to make their appeal to heaven.”

Seeing as these flags were first flown after the American colonists were a long way down the road to conflict with the British Crown, the motto is no mere slogan. It is the moral justification of the fight for independence itself. It’s fitting that it flew on his naval vessels.

Now, you can wear it as a shirt. The real question is: do you prefer the traditional or the modern look? 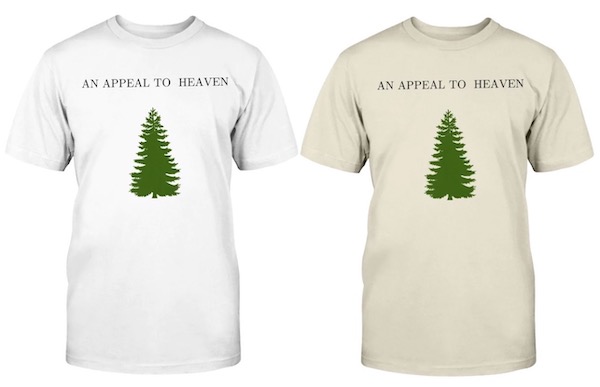 (Available HERE in our ClashDaily store)

Or do you prefer the stylized modern take on that classic theme? 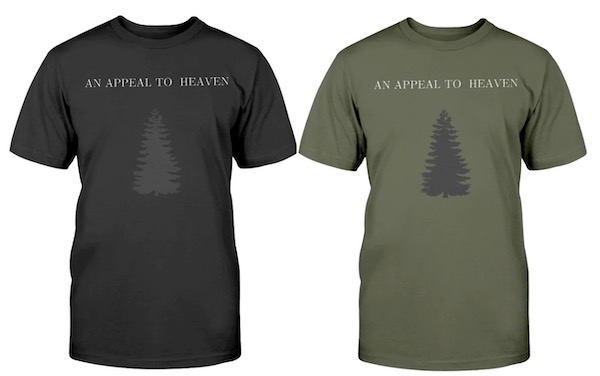 (Available HERE in the ClashDaily Store)

Which Appeal To Heaven Shirt Would Washington Wear?