This is exceptionally bad timing on the DOJ’s part. With current events as a backdrop for what went before, the DOJ’s stonewalling of this FOIA looks REALLY bad.

America has been reeling from revelations about just how dirty our law enforcement and intelligence agencies have been in recent years.

Most of us knew it was pretty bad. But few of us anticipated the degree to which DOJ and the IC have been weaponizing the power of Big Tech to silence opinions that ran counter to narratives of the administrative state. Worse still, they have played the role of Wormtongue using alleged Terms of Service violations as a plausible work-around to punish right-leaning accounts guilty of Orwellian wrongthink.

The most egregious example was seen in the Twitter files showing how they probably cost Trump re-election by discrediting the authentic Hunter Biden laptop story days before the 2020 election. 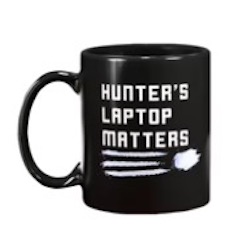 Law enforcement was sitting on the Hunter Biden laptop story since before COVID. They knew it was real. They knew there was evidence of criminal activity in those videos — if nothing else, the drug use.

There were concerns voiced about the age of some women depicted in the x-rated footage Hunter had filmed.

But most relevant to the longstanding allegations that the Biden family has been involved in some sort of political quid pro quo pay-for-play schemes was the trove of emails showing business dealings with foreign countries like China, Russia, and Ukraine. (Recall the ‘perfect’ phone call Trump had with Zelenskyy, asking to find out whether Joe Biden had acted corruptly in getting the Ukraine prosecutor fired.)

It was information about Hunter Biden’s dealing with foreign governments that was the focus of a FOIA request initiated in November of 2020. Having not received a timely answer to his query, in March of 2022, the plantiff went to court to get the information.

The DOJ’s response to this question has been, to say the least, curious.

The Justice Department is concealing a trove of sensitive information on the business dealings of Hunter Biden in China, Russia and Ukraine, a Colorado-based lawyer has accused. Kevin Evans. who has sued the DoJ over its alleged withholding of sensitive records on Hunter Bide, said nearly 400 pages of sensitive information on the gifts received by President Joe Bide’s son are being withheld by the Justice Department.
Evans, who is an expert in Freedom of Information Act, had demanded documents related to “any relationship, communication, gift(s), and/or remuneration in any form’ between the president’s son Hunter or brother Jim, and China, Russia or Ukraine.”
According to the lawyer, government attorneys had earlier accepted that the 400-page trove of documents contained potentially relevant documents in the Hunter Biden case, However, the establishment is now dragging its feet, saying that they can ‘neither confirm nor deny’ the existence of the records, he alleges. — IBTimes

What do we know about these 400 pages? They are pages that the DOJ initially said would be ‘potentially relevant’ documents tat would be responsive to his FOIA query. But then, something changed.

Evans said he sought documents “pertaining to any relationship, communication, gift(s), and/or remuneration in any form​” from China, Russia or Ukraine.​
He said lawyers for the federal government admitted in court to having at least 400 pages of “potentially responsive” documents but are now saying they can “neither confirm nor deny” whether the records exist. ​-NY Post

Either it’s content responsive to a lawful FOIA, or it’s not. The entire point of FOIA requests is so that the government is obligated to open its books to public scrutiny.

Even when opening those books exposes something embarrassing to the current administration? Yes. ESPECIALLY then.

This is the very reason the press has special protections under the law — because our system of government is predicated on an educated citizenry making informed decisions about who is (and can reasonably be) entrusted with the responsibilities of legislating in service of the public good.

The IC lying to the public about the validity of Hunter’s laptop was a gross violation of such transparency and accountability. The DOJ’s sweeping possible evidence of the President’s family taking money from foreign governments in exchange for … who knows what … is a whole other degree of corrupting a system that was designed to enforce the law, not protect partisans of one party, while running roughshod over the rights of people on the other side.

Every law enforcement agency with the remotest claim at investigating Trump has been looking for angles to do so.

But possible criminal conspiracies on the part of elected Democrats are something the DOJ is sweeping under the rug.

This is exactly the reason House oversight needs to dig into what’s really going on here. And if it turns out Garland is helping orchestrate a criminal cover-up, then a compelling case should be made against him in the court of public opinion before any talk of formal censure ever comes up.

Before elected officials of both parties turned against Nixon, the public was first convinced of his wrongdoing. If holding anyone on the left will be accountable, elected Democrats will have be dragged, kicking and screaming, to the position of holding their own party’s feet to the fire.