Senator Josh Hawley has introduced legislation to make it more difficult to profit from public service.

He has introduced legislation with a very modest goal. It’s right there in the name of the Act: Preventing Elected Leaders from Owning Securities and Investments.

As names go, this bill’s title is far more honest than what Biden has signed for inflation reduction or infrastructure. At least the point of the bill is to prevent elected leaders from … doing exactly what the bill suggests.

Critics of Hawley’s legislation think it’s petty to name a bill in a way that just happens to spell out Pelosi’s name. After all, this is a problem for elected officials on both side of the aisle, right?

Sure. But if anybody deserves to be on the receiving end of a little pettiness, it would be Mrs. ‘I’ll-hold-back-the-impeachment-document-until-my-special-order-gold-pens-arrive’ Pelosi who made a point of charging elected officials out of their own pocket if they failed to walk through a metal detector on their way to the House floor.

Stepping back from simple tit-for-tat pettiness, is there any reason that Pelosi herself should be singled out for special attention?

Here’s some supporting evidence to consider before you decide.

Her family’s reputation for out-performing the stock market is notable enough that someone create a stock tracker account, like similar accounts made for tracking famous traders like Buffet.

They found a creative way to monetize the sketchy trades made by political insiders… simply by tracking them and mirroring their moves. 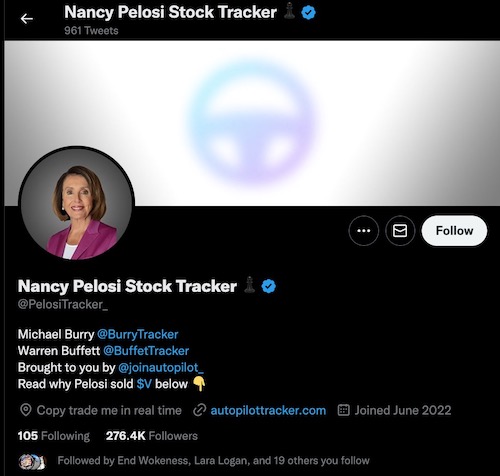 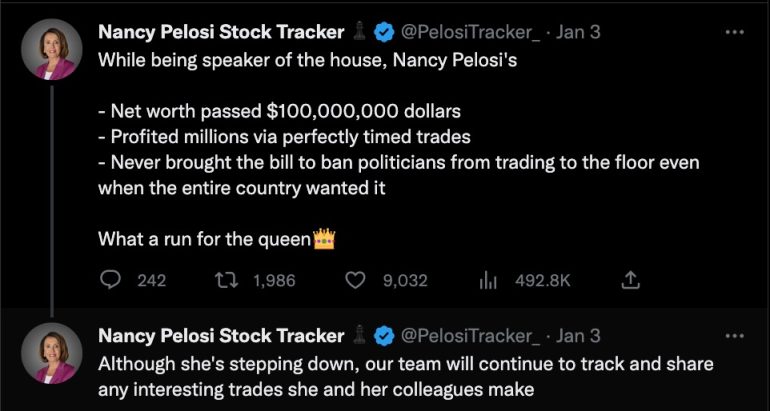 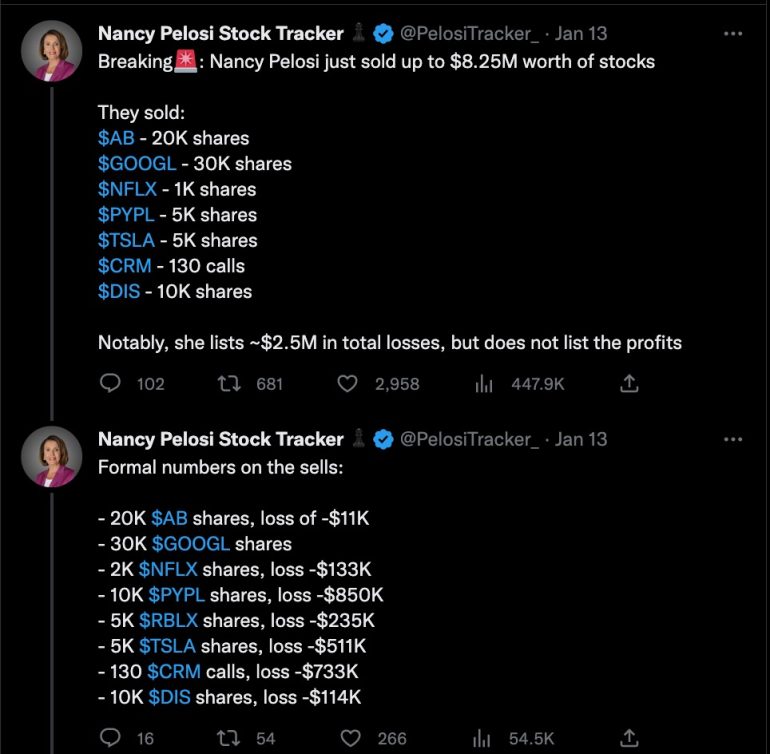 Does NOT list the profits. Interesting. Is it possible that they dwarf her losses?

That said, even the Pelosi tracker isn’t all-Pelosi-all-the-time. There’s plenty of other sketchy trading to follow. She just got this kind of spotlight because she made out like a bandit so much of the time. That and she had final say over which legislation actually hit the floor for a vote… and when.

This IS, after all, the same woman who famously said ‘you have to vote for it to know what’s in it’.

Here are some other interesting things we learned from that same account, from both parties: 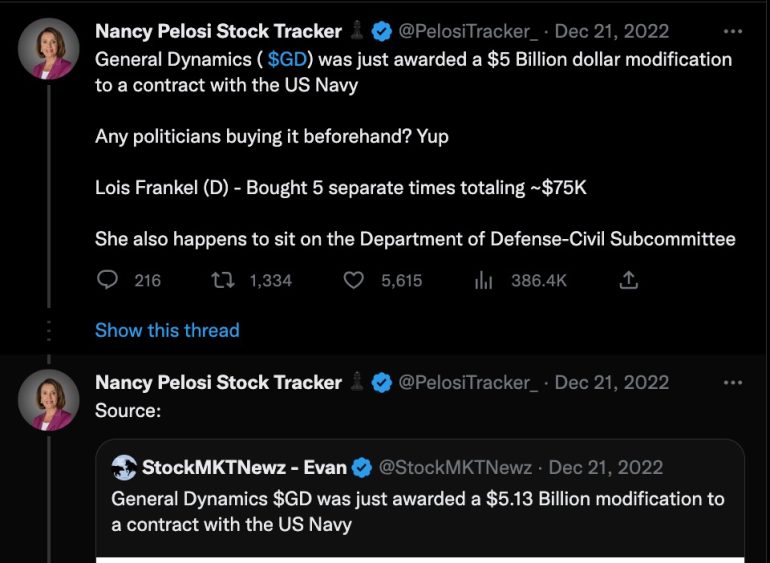 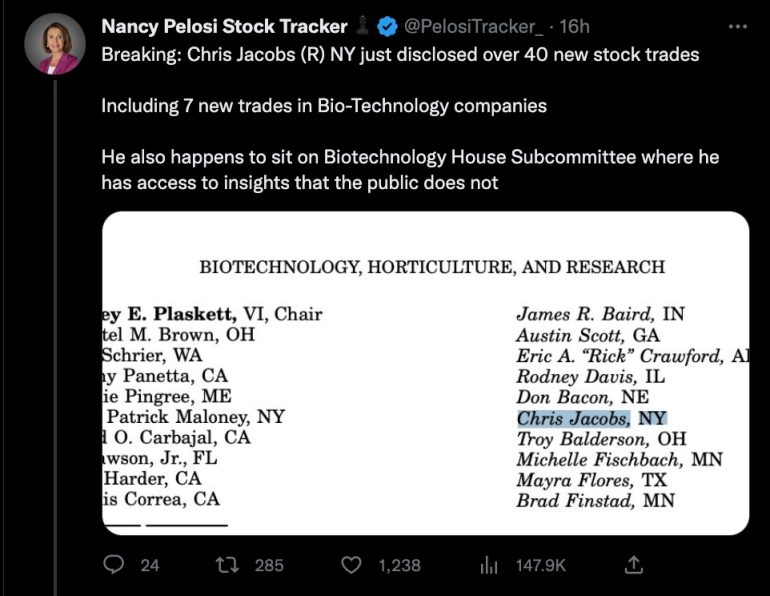 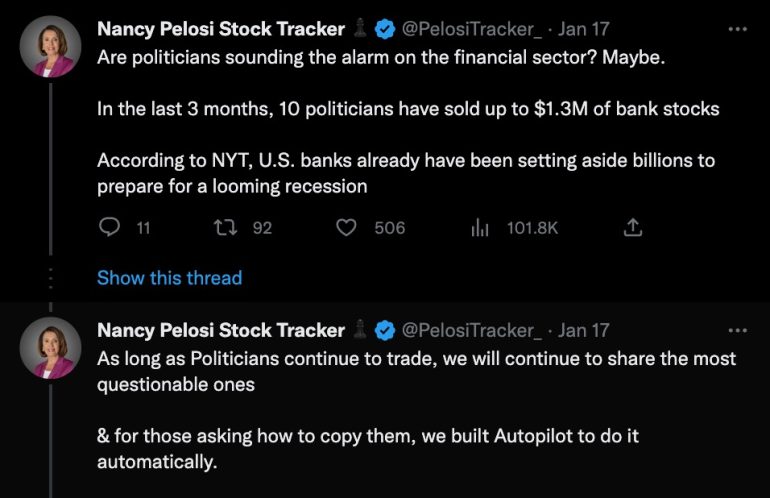 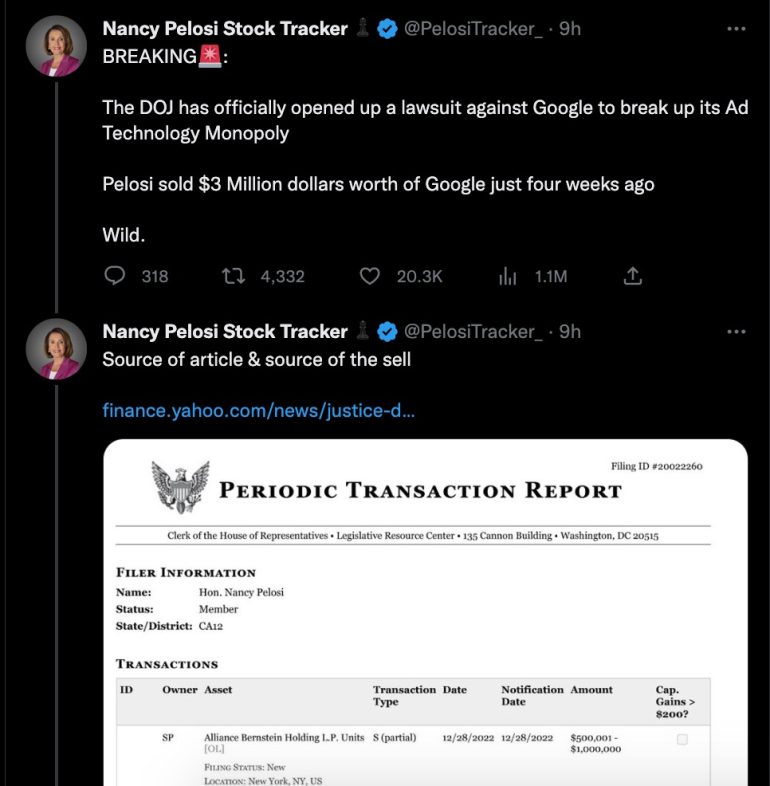 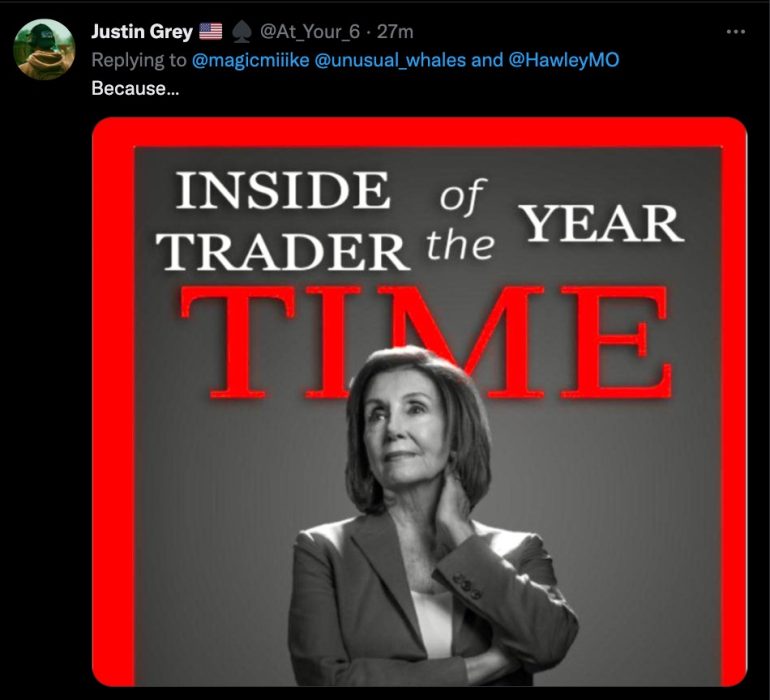 What will be the biggest impact of this bill? It will disincentivize some of the people who least belong there from even running for election in the first place.

This may not be the only dishonest way of earning money as a politician. But at least the Pelosi Act would shut down one of the more obvious ones.