The same tactic being applied against a Trillion-dollar hedgefund involved in crass political gamesmanship is now being applied to politicized banks.

Early on, ClashDaily pointed to a developing trend the left was employing when AOC was leveraging her oversight role and social media activism chops to pressure banks who dared loan money to causes of which she didn’t approve. 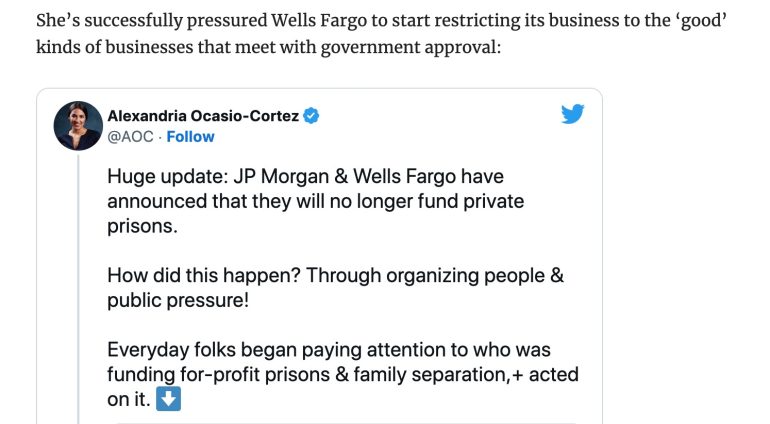 Dems have been doing the same by pushing their woke diversity inclusion equity initiatives into everything they can possibly get their greasy mitts on.

Most corporations would rather go along with the pressure groups demands so they can avoid the consequences that come along with negative press and boycotts. That path of least resistance has its limits.

The minute bowing to every whim of the activist starts kicking them hard in the wallet, it is no longer the path of least resistance. That’s how states have been getting the attention of some big-name hedge funds, and that’s how Kentucky is getting the attention of banks who have been doing the left’s dirty work by choking the money supply out of various industries the left hates.

Kentucky Republican State Treasurer Allison Ball put nearly a dozen financial firms on notice that they may be subject to divestment for boycotting fossil fuels.
On Tuesday, Ball named 11 financial institutions that will have to choose between managing taxpayer assets well or their continued animosity toward American energy.
“When companies boycott fossil fuels, they intentionally choke off the lifeblood of capital to Kentucky’s signature industries,” Ball said in a press release. “Traditional energy sources fuel our Kentucky economy, provide much needed jobs, and warm our homes. Kentucky must not allow our signature industries to be irreparably damaged based upon the ideological whims of a select few.”
According to the treasurer’s office, the energy sector is responsible for nearly 8 percent of state employment. The U.S. Energy Department reported last summer that more than 70 percent of the state’s electricity came from coal in 2021, giving Kentucky residents the 12th-lowest prices in the nation.
Ball gave state agencies 30 days to report any direct or indirect holdings in firms identified as refusing investment in fossil fuels. Firms listed include Citigroup, JPMorgan Chase, and BlackRock, among others. –TheFederalist

If a critical mass of states takes a stand like this one, it won’t be long before clear polarities emerge between institutions that willingly embrace whatever new mind-virus the left trots out and those who take a more traditional attitude toward their customer base.

That’s when customers will be given a clear choice. And the get-woke-go-broke principle will be finally tested on a grand scale.

This is exactly the kind of fight we need to see from our leaders.

And why our ClashDaily store carries rowdy merch like this: 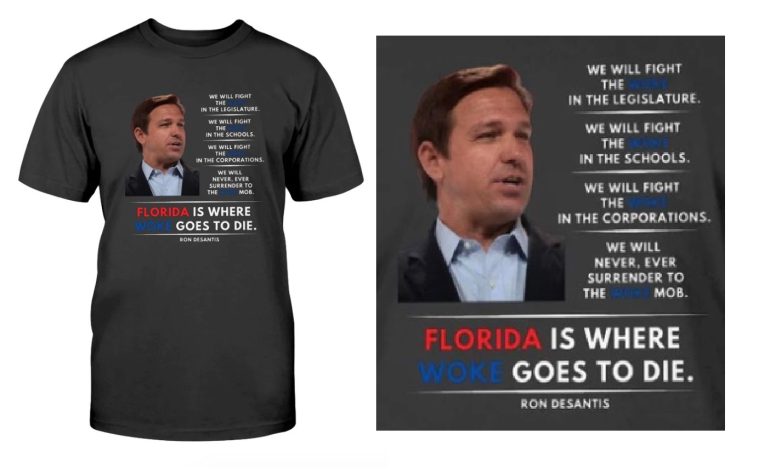 We invite our readers to check it out. It’s an honest way to keep the lights on without hiding our best content behind those annoying paywalls.