What were we told by the ‘experts’ and the obsolete press every time we saw some example of a catastrophic injury or death taking out an otherwise healthy young athlete in the prime of life?

It was always brushed away as being completely unrelated to that one big elephant in the room, the mandatory (but perfectly safe, we were assured) medical treatment that suddenly swept the world.

There was always some other official explanation for why it was unfortunate, but not suspicious that *this* young athlete suddenly developed pericarditis, or myocarditis, or blood clots, or multiple organ failure, or death.

The collapse was tragic. Sad. And evidence that we need greater training and more tools to intervene in an emergency. Rugby matches need more defibrillators on hand — begging the obvious question — why now? Why were they not urgently needed before? What changed?

But because we were repeatedly told that all of the incidents we heard about were isolated incidents, unique cases, a function of a congenital defect, or some other unfalsifiable explanation, the public was left with unsatisfactory answers to nagging questions.

An NBA Hall of Famer recently gave voice to exactly those questions.

NBA Hall of Famer John Stockton has come out to claim that “hundreds, if not thousands” of professional athletes have died after getting vaccinated against Covid-19.
…At the same time, those who are vocal against getting inoculated are also still around and making their voices heard. Utah Jazz legend John Stockton is one of them, and he went on Michele Tafoya’s show “Sideline Sanity” to speak about a previous interview wherein he faced a lot of backlash for claiming that 150 athletes have died of causes related to the vaccine.
…He then claimed to have proof in the form of a list with names and photos of the aforementioned deceased athletes, but he did not offer to share it. “I have names, pictures, faces, where they played, I had over 300 at that time, so I felt pretty secure with my little 150. People had to come out and argue that, and I had the proof in my hands, a piece of paper with their names.”
…”Now it’s a lot more than that. I think it’s thousands now, but don’t quote me. I’m not saying it’s 1,000 or more, but it might be. It’s a big number,” he concluded. Even Tafoya herself seemed unconvinced, but she admitted that there have been numerous complaints about vaccine related “injuries.” –International Business Times

The IBT tried to downplay his theories as unsubstantiated and unwarranted. And that’s been a recurring problem with anyone who tries to probe deeper into the meat of those nagging questions.

The problem arises specifically because anecdotes are not the same as evidence. There was precious little the public could do about it. Until now.

One enterprising soul compiled news stories from around the world, sorted them by month, showed the name and date, and provided a list of some 1,226 people who died suddenly, going back about a year.

Each of these deaths involved athletes in the prime of life, a sudden collapse, and exertion. Many of the other trends showed evidence of patterns and repetition as well. The deaths were grouped by month. The sheer number of the tragic stories in any given month is all-but overwhelming.

Now that we see our own government has been silencing voices who dared to buck the narrative or raise concerns that the government’s official statements about both the virus and our response to it might not be on the solid scientific ground they claimed, we have all the more reason to dig deep on what was really going on here… especially as relates to who was calling the shots for the official narrative, why they were really doing it, and — the big question, who stood to gain by it.

A crap-ton of money has changed hands in this pandemic. Instant millionaires were made. Some of the new darling companies in Big Pharma were on the ropes just a few short years ago.

Were people in our own government exchanging power for profit, and exploiting the fears associated with a pandemic responsible for the deaths of millions?

If so, that’s a far greater ‘threat to democracy’ than whatever the latest Democrat blame game du jour is. 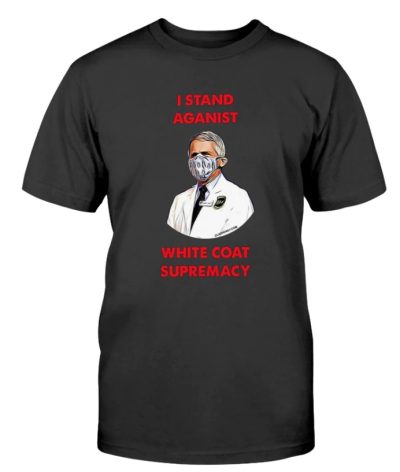 This is one of the exclusives at our ClashDaily Store.

We invite our readers to browse, since that’s what helps us keep the lights on without putting our best stories behind those annoying paywalls.