Russell Brand and his guest Michael P. Senger discuss the West’s unquestioning embrace of Chinese pandemic measures including unprecedented use of widescale lockdowns.

From China faking the data and rolling out social media bots to push CCP messaging to Western countries’ seeming admiration/envy of China’s “basic dictatorship” (hat tip to Canadian Prime Minister Justin Trudeau for that turn of phrase) and control over their citizens, Brand and Senger go on a deep dive into the strange embrace of lockdowns, universal masking, mask mandates, and social distancing.

Michael Senger is an attorney and author of Snake Oil: How Xi Jinping Shut Down the World. He recently appeared on Brand’s Stay Free podcast.

Senger says that all of the impressions early on about the severity of the virus that was spreading in Wuhan, China, in late 2019 and early 2020 were from fake social media videos and data directly from the Chinese Communist Party, which doesn’t exactly have the best record when it comes to honesty.

To be clear, he never says that COVID itself was a lie, but that the severity was exaggerated and amplified through that early social media campaign and the very obviously falsified data.

Just look at the graphs with the current data on the Worldometer COVID tracker — it states that there have only been around 5,200 deaths from COVID in China since late 2019. 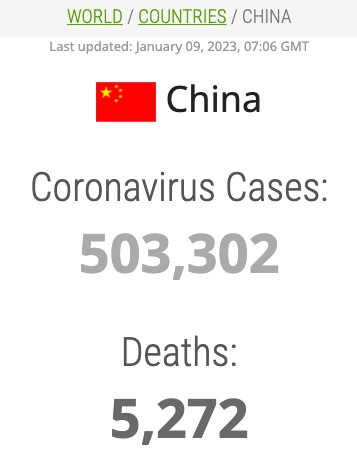 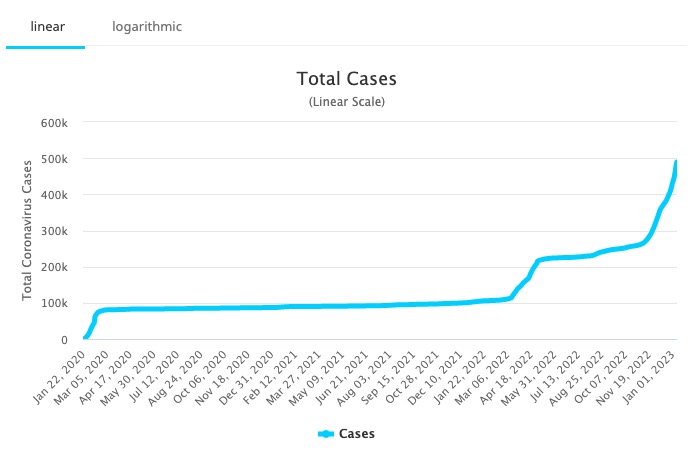 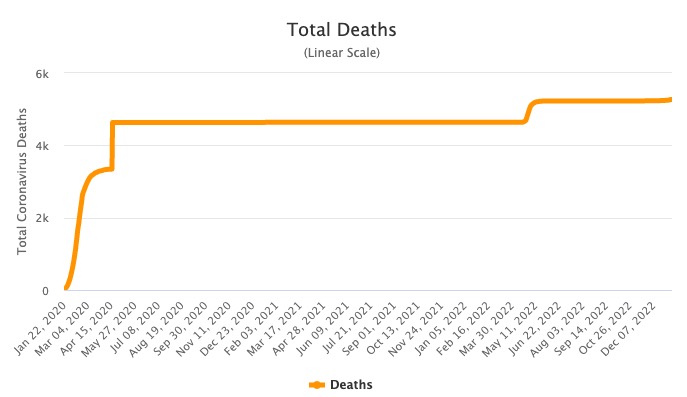 It’s obvious that this data is absolute B.S., but the leaders of institutions in the West — public health, the media, and politicians — acted as though they believe that very data. And the higher up you go, the more it appears they believe.

While there was a lot of, “Oh, look at how brutal China was!” there were the simultaneous, “They’re on top of the tiniest risk… and we are not” in the headlines.

At around the 8:30 mark, Brand asks, “Do you believe that there has been deliberate collusion by Western interests, or do you think it’s a genuine error?”

“If you’re suggesting that it is collusion,” Brand continues, “what is the nature of it, who benefits, and why are there elsewhere narratives that appear that in the matter of the desire to have a unipolar world, U.S. and globalist interests are deeply opposed to China? Is that itself a false narrative? How does this collusion create benefits? What was the ultimate benefit of the lockdowns?”

You may agree or disagree with what was said, but this was an absolutely fascinating conversation.

Senger talks about the way that China uses controlled opposition to manipulate opinion in the West, his very unique take on the Lab Leak Theory, how China’s totalitarian system is being discretely exported to the rest of the world, the disparity of how lockdown protests were viewed by Western media in China compared to those in Western democracies, and how current financial interests may be influencing elites to toe the line on pretty much whatever China says.

Harari: "With this kind of surveillance [under the skin], (you can detect dissent). I mean, you watch the big President, the big leader, give a speech on television — the television could be monitoring you and knowing whether you're angry or not just by analyzing the cues." pic.twitter.com/imtq6nDu91