So, whatever happens next Tuesday, I guess Barack Obama can brag he’s sown up the kiddie-TV vote — that is, if we’re to trust the results of Nickelodeon’ s 2012 Kids Pick the President online poll. The Washington Post reports: “More than half a million votes were cast … President Obama received 65% of the vote and former Governor Mitt Romney received 35%.”

I suppose that’s appropriate: habitués of the political and cultural Left, after all, count on the intellectual and/or emotional childishness of the population; it’s the only thing, frankly, that seals their influence. Liberals assume men and women are to be coddled and supervised like crumb-crunchers; and where folks are not already toddling along pre-pubescently, big-government secularists aim to infantilize them, reducing adults to needy, easily-controlled wards of the state.

How else to explain Obama-supporters’ decision to release a spot featuring a gaggle of fourth-graders warbling about the horrors of a world without Obama? The nursery-rhyme-style ditty whines dire poetic alarms about an Obama-less planet in which “strip mines are fun and free … sick people just die/And oil fills the sea … endless wars … we haven’t killed all the polar bears/But it’s not for lack of trying/The Earth is cracked/Big Bird is sacked/And the atmosphere is frying.”

Then there’s the slatternly campaign ad spotlighting HBO’s Lena Dunham, quavering about the ecstasy of voting for Obama the “first time“. With innuendo-dripping terminology, she purrs and sighs it was just like the glorious moment she lost her virginity.

Who settles on political tactics like this? Other than cynical and supercilious Leftist hacks who’ve concluded voters are short-sighted, driven by their hormones, callously manipulated? And who want to clone an entire generation of them.

It’s this kind of thinking that: giggles delightedly when Mrs. Joe Biden drops an inadvertent
double entendre about the, umm, capacity of her insufferable husband’s manhood (while he chortles amusedly in the background);  enjoys the Vice-President’s latest indelicacy when he announced to a Sarasota, FL rally, “I’m going to give you the whole load today”; smirks mischievously when “Lunch-bucket” Joe whispers an f-bomb in public and when the President himself suggests to Rolling Stone magazine that ya just gotta love the squirts cause they recognize when “the other guy” (read: Mitt Romney) is a “bullshi**er”.

Decades ago, Governor Michael Dukakis, another member of the caretaker coalition, carped in the middle of a presidential election that “the fish rots from the head first … It starts at the top.” That adage certainly applies here: our current Chaperone-in Chief and his inner-circle not only embody, but are entrenching, all the worst puerilities of their party and our increasingly immature culture.

Barack Obama’s blame-shifting seems undying (It was George W. Bush!! ).He’s stewed in mewling victimhood his entire first term  (I inherited an historic recession! The evil Republicans are blocking me! ). His behavior in the final presidential debates ranged from frantic (number two) to glaringly belligerent (number three). It’s what normally would be found in a room full of diaper-wearers — not in the Oval Office. What about VP Biden’s surreal, funeral crack to the family of one of our slain Navy SEALs, that the hero’s testicles were the size of  “cue balls”? The stuff of statesmen?  Or schoolboys?

Former Florida Governor Jeb Bush remarked, “[W]hen you blame other people and when you use profane language and when you act like you’re a 10-year-old  … I don’t think … undecided voters are really moved by that.”    That’s Jeb’s analysis —  but for a long time now Liberals in general, and Democrats and the Obama administration in particular, are staking everything on the opposite: banking on a society composed of developmentally stunted adults. Their entire program survives only if the masses are functional orphans, captive to their whims and appetites, playthings in the hands of manipulative statists.

To Americans old enough to shave, vote, work, who ought to be nudged to carry their own weight and address their own challenges, pitchmen for Eat-Your-Vegetables-Government, instead, guarantee years of unemployment checks; and then celebrate full-blown, undiluted welfare status. They bullyingly promise citizens state-sponsored health care, cost-free contraceptives, breakfast and lunch courtesy of the public schools and “Obamaphones” (gratis cell-phones) — superciliously convinced this grab-bag of tax-payer-funded goodies will buy them perpetual power.

Like an embarrassed mall-shopper hoping to distract her unruly rugrat with the pet-store puppy, the Left dangles its media baubles, or the hysteria du jour, and expects that to occupy the common folk, keep them compliant. This is how “Progressives” see the riff-raff.

Mommy, how much is that doggy in the window?

Ironically, it’s the traditionalists or unapologetic denizens of the “religious right” who have the more elevated view of human beings. Sure, they take the “sin” issue seriously, but they also regard mankind the way our Founders did: individuals made in the image of God; crackling with potential for greatness and respectability, despite their flaws. And therefore, undeniably deserving to be treated like grown-ups at some stage in life.

The God-phobic Left, barely tolerating, when not outright rejecting, the notion of a Creator/Law-Giver, predictably treat their fellow-man like cattle — or kiddoes: burdens to be managed, not men and women to be valued and left alone. Obama and Co. hawk compassion – but contempt for their “inferiors” is really their métier.

Liberals will remain happy to spoon-feed the populace, pampering them, even wiping their bottoms —  so long as they’re allowed to walk voters to the polls where they’ll help them cast their ballots for more and more and more overbearing government. 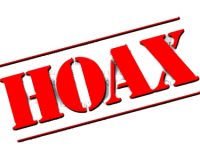 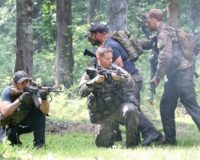