1/3 of the corn produced in the US now goes to ethanol along with billions in taxpayer subsidies. Not only did this raise the cost of food in the U.S.A. where many can “afford” it, the rising cost is literally starving other people around the globe.

The EPA was stopped before it could strong-arm the dairy industry into regulatory compliance. The “easy to read” 57 page compliance list can be downloaded from the EPA web site as well. This regulation is based on the idea that “oil” in milk gives the EPA regulatory power over it. Now, the EPA was trying to cash in on the industry and regulate (that reads increased cost to consumers) dairy farmers into compliance with oil spill “emergency management” plans; how the farmer will deal with the spill, along with how they will train the “first responders” and build “containment facilities”. All for possible milk spills.

So, for dimmer more dangerous lighting, thank a liberal. For the high food cost and increasing shortages thank those who shout the loudest that they care the most about the little people. For fewer jobs, more regulations, laws and the inability to run an effective light bulb manufacturing facility or a dairy farm, thank the libdolts for their insane logic.

Ron Collins was born in ’70. Raisin’ chickens and shootin’ groundhogs by 5. A little bit hillbilly, a little bit city boy, but always an unashamed and politically incorrect American. Best advice he took from his father: “Find your heroes among American History not Hollywood or the sports arena.” 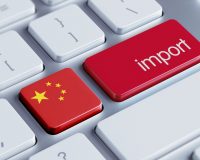 China “Owns” Us: How the Chinese Are Buying Up America
October 20th, 2020 Sons of Liberty Media